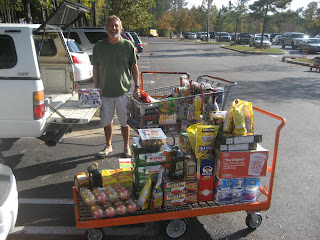 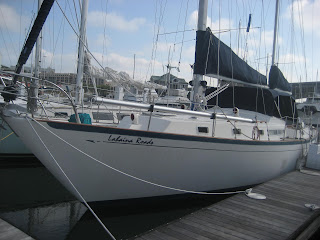 I've been retired now for six months and I can state unconditionally that retirement suits me just fine. No time lines, no schedules and I'm my own boss - well, okay there is Diane. Since retiring I've kept busy by traveling, sailing, keeping in shape, taking a yoga class and learning to play golf (well, actually all I've done is learn to hit balls at a driving range).

Soon after retiring my long-time friend from college, Dave Allmen, called to tell me he had bought a sailboat on the East Coast and wondered whether I'd be interested in sailing the Caribbean together. Since this was not going to be a mere one or two week cruise, but rather one that took several months, I discussed it over with Diane. The opportunity was too good to pass up,

Actually, you might say that this sailing trip has been a long time in the making. Dave and I were college roommates back in the early 70's sailing on our 25 foot Columbia Challenger in Southern California. On our outings to Catalina we'd talk and dream of cruising the world. Now, nearly forty years later, we're taking aim at the goal by sailing around the Caribbean. Not bad.

Dave bought Lahaina Roads in Charleston, SC and since then, has been busy equipping it for several months. She's a Whitby 42, built in Ontario, Canada. She's a solid, well built, roomy, center-cockpit ketch.

The current plan is to leave Charleston on Saturday, Nov 21 and head SSE through the Bahamas towards the Virgin Islands. On the first leg, a Central Coast friend of mine, Marty Hawke, will be joining us for the sail. Marty's one of these people who still works for a living and thus has to adhere to schedules. He needs to fly back on Dec. 4. But, having another shipmate aboard will make it easier on night time watches.

The boat is now provisioned with food, water and (more importantly) beer and wine. Dave's neighbors here at the marina are giving him and his crew a send-off party Friday night. Part of departure planning is to know when it's slack tide, so we can make our way safely out of the marina and under a bridge. So far this year, three boats didn't do their homework in planning the right time to pass under the bridge resulting in a dismasting. We really want to avoid that predicament.
Posted by George at 7:46 PM No comments: