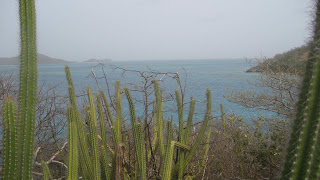 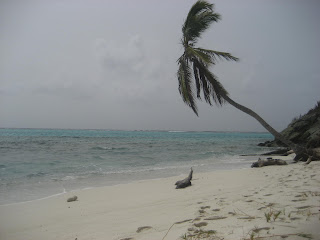 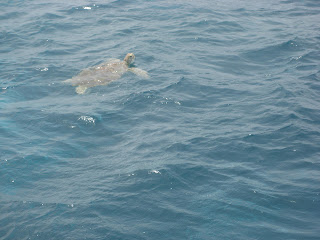 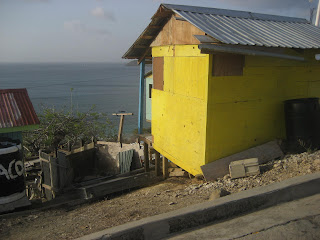 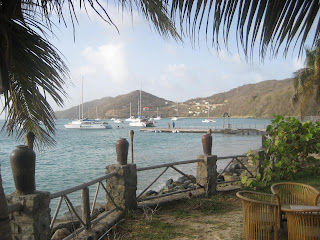 March 31 - Bequia to Canouan
First, something I forgot to elaborate on in my last blog posting. In fact, it was the first photo of a father (Hadu) and his young son at a fruit stand. We had such a nice chat about island life, how he’s worked as a fruit vendor in Bequia for fifteen years and much more. Then he commented that, for an American, I have a dark skin. So I told him my family history. Yet he was very light for a St. Vincent native. So I asked him the same thing. You are very light for a St. Vincent person. How come? He laughed hard. He said “Ah, but I’m black inside. You see, my mother is black and my father is from Portugal.” After he told me that, I told him about the American term for blacks who identify more with whites than blacks and are called “Oreos”. And that it referred to a cookie that was chocolate on the outside with a white cream inside. I told him that it was sort of the opposite of what he was. He simply loved it. He insisted that I write it down. I told him he could go buy Oreos right down the street at one of the small grocery stores in town! It was one of those memorable moments in a trip I’ll never forget.
We left Bequia late next morning and headed to Canouan, another one of the Grenadines. It was again a very comfortable beam reach of about fourteen miles. Once again when we got into the harbor in Charlestown Bay, there was evidence of a drought. The land looked parched and the shrubs were dusty looking.
Canouan is a small island. It is only a bit more than three miles long and half as wide. We went for a walk ashore and bought some local vegetables. On the way back, we stopped and had a drink at the Moorings Yacht Charter bar overlooking the bay before heading back to the boat for dinner.
Apparently, Canouan has nice beaches (and exclusive resorts). But unfortunately, the rest of the island is very trashy and with typical ramshackle housing with million dollar views. Not a place we wanted to spend another day.
April 1 - Canouan to Tobago Cays
We left Canouan after breakfast and headed for Tobago Cays. Being that it was only about four miles south, we were there quickly. The cays are a small group of tiny, uninhabited islands that are part of the national park system of the Grenadines.
We maneuvered through a narrow pass in between two of the small islands and found our way to a beautiful but very crowded anchorage near the fringes of a barrier reef that protects the anchorage from the Atlantic swells. The water was a beautiful emerald blue. The words idyllic and quintessential come to mind. We had not even anchored when we started to see turtles pop up for a breath of air.
After getting the boat anchored, we went snorkeling near one of the islands that is specifically reserved for turtles. We were in the water but a few minutes and already I could see five large turtles munching on grass at the water’s bottom. Every few minutes they’d come up for air and return to munching more grass. The turtles were haw bills. Our presence didn’t seem to bother them in the least.
Having had our fill of turtles. we swam out towards the reef’s edge. The snorkeling was outstanding. Lots of varieties of colorful fish and soft and hard coral. And it was all within a few feet from the top of the water. On the way back to the boat we stopped at other one of the small islands and walked around its white sandy beach with palm trees arching over into the water. Tobago Cays surely rates as one of the premier spots we had seen.
In the morning, after a leisurely breakfast, we headed off to Union Island, again only about four miles south.
Posted by George at 1:08 PM 1 comment: 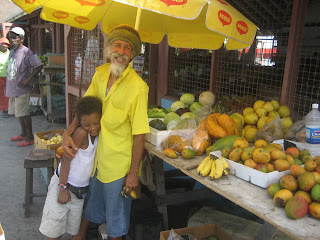 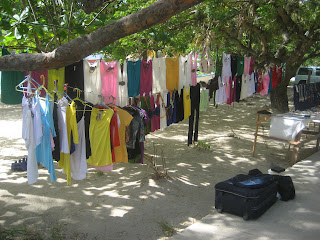 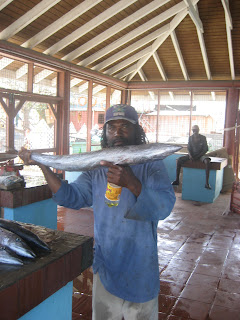 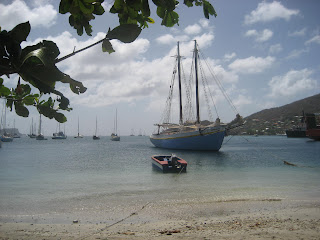 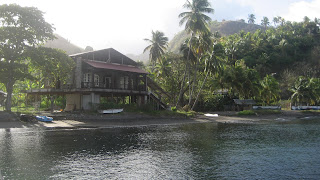