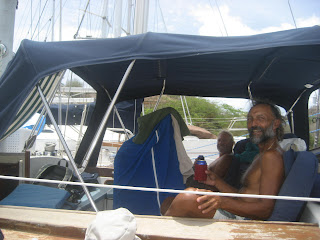 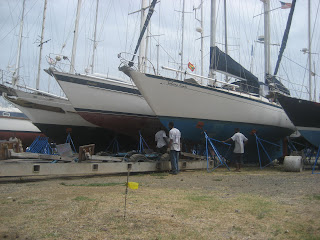 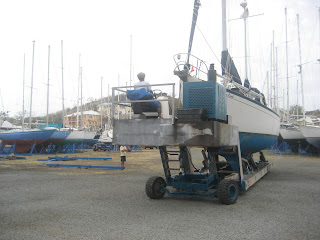 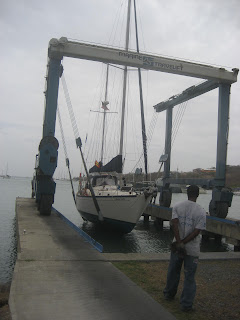 April 8 - Haul Out Day
Our appointment to be hauled out was for 1pm. We motored to Spice Island Marine (about a quarter of mile from where we were anchored) and the crew at Spice Island had us hoisted out of the water in no time. The entire process went flawlessly. They then moved us with a highly maneuverable vehicle to a narrow spot between two other boats. That is now Lahaina Roads' home for the next six months. And for us there is no more rolling sensation. We are on the hard, as they say. Now it takes a long ladder to get on board. There is no more taking a quick dip in the water before dinner.
We took a quick trip to Grand Anse to go to the bank and to a store - it was an adventure. The buses here are similar to elsewhere in that they are vans. Here, though, there is a twist to the process. Each “bus” has an additional individual whose job it is to entice and recruit more riders. Some of them use pretty aggressive techniques to reel in additional riders. One, in fact, jumped out of his bus, ran over to me (about 100 feet), then grabbed me by the arm to get me to ride on his bus. I opted out since another bus had just pulled up right where I was standing. I suppose that this is the entrepreneurial spirit alive and well. The bottom line is better with each additional rider.
The following day was spent getting the boat ready for the hurricane season. We took down the headsail, mainsail and mizzen, along with the reefing lines and preventers. The outboard for the dinghy was thoroughly cleaned and stowed, as was the inflatable dinghy itself. These were not trivial tasks. The sails are huge, bulky and heavy. The dinghy and motor are heavy too and has to hoisted from the ground all the way up into the boat, rolled up and stowed. The 90 degree weather and 85% humidity made it all that much more work. By 4:30pm we were tired and ready for a shower. It was time to sit down and relax.
Sitting on the boat on the hard in the middle of a sea of other boats is a strange sensation. You see so many boats and masts and a number of people diligently working, cleaning things and putting gear away. It’s a solemn sort of a moment in which all these (expensive) adult toys are being neatly stowed away, hopefully to be played with, six months from now. Literally, millions of dollars in boats are busily being prepared (just in this marina).
Monday morning we leave for home. Our Caribbean adventure - Part I is wrapping up.
Posted by George at 2:44 PM 1 comment: 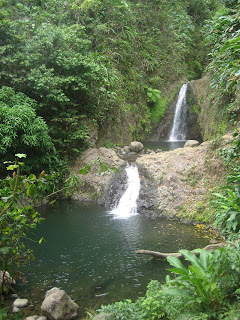 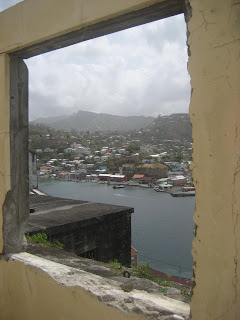 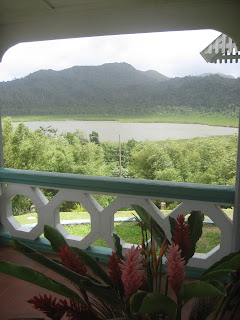 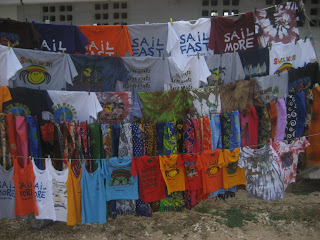 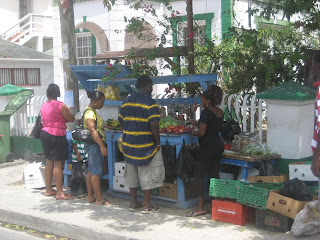