After having a slight complication checking into the Gravensteen Hotel (they couldn’t find our reservation), we eventually got our room and settled in. Having endured our across-the-railroad-tracks hotel in Evreux, my intent had been to book us into a more comfortable three star hotel in the middle of the old city. Although the hotel was well situated, as it turned out our “suite” looked more like a thirty year old Hilton room with a view of the parking lot. So much for trying.


Luckily, Gent made up for our substandard hotel room in sheer beauty and history. Diane and I had been to Gent decades ago with my parents but we’d forgotten how lovely of a city it was. With the River Leie running through it, Gent is gem of a place. Steeped in history (literally dating back to the Stone Age), Gent offers many samples of old architecture. Starting right near our hotel, there is a medieval castle that looks like from the days of King Arthur.


One of the cathedrals we visited, Saint Bavo, was originally build in 942 A.D. The original structure no longer exists, but parts of what we today was built around 1150 - Christopher Columbus’ adventures were yet over three centuries away!!! 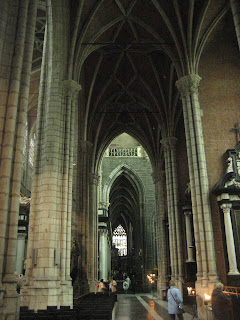 We toured  a number of the historical sights, including the harbor area (known as the Graslei), the main town square, St. Michael’s bridge, a huge, old cast iron cannon, a giant bell, the old fish market and more cathedrals. We found Gent to be very pedestrian friendly, with many intriguing views and cityscapes.
Since we were in Gent on Sunday afternoon and on a Monday, museums and markets were not an option - they were closed. That was unfortunate, since Gent some very interesting museums and has one of the biggest second hand markets in Europe. 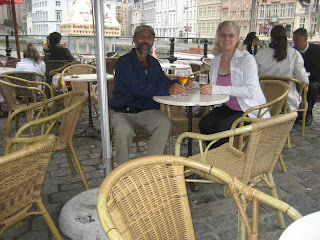 In the late afternoon, we had a glass of wine near the Leie river, in Graslei and Korenlei area. It would have been better with sunshine, but still we marveled at Gent’s unique and beautiful architectural scenery. The old port area is one of the original ports in Europe that developed as a center of commerce and trade in the days of Charlemagne. It’s pretty easy to envision the old trading ships berthing along the quay and think of all the bee hive-like activity that would have been occurring each day. 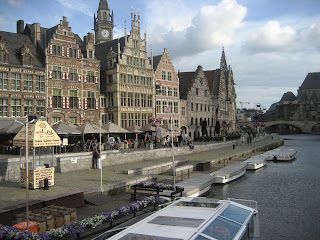 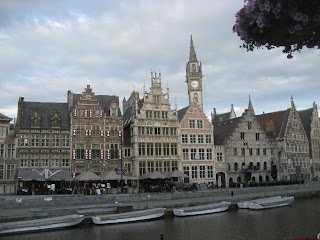 Unfortunately, our stay was too short. Tuesday morning found us busily making our way through traffic out of Gent, heading for the Netherlands. 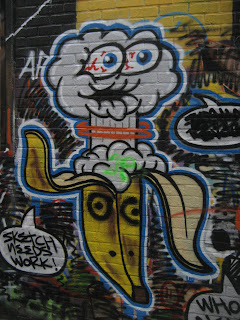 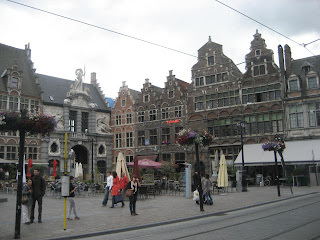 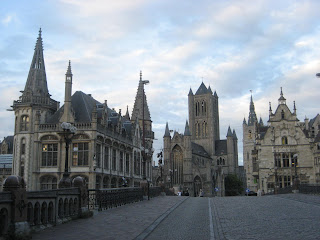 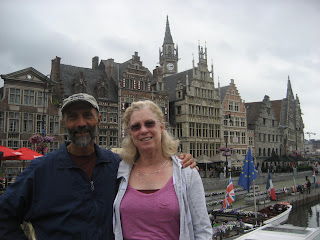 Posted by George at 1:08 AM No comments: