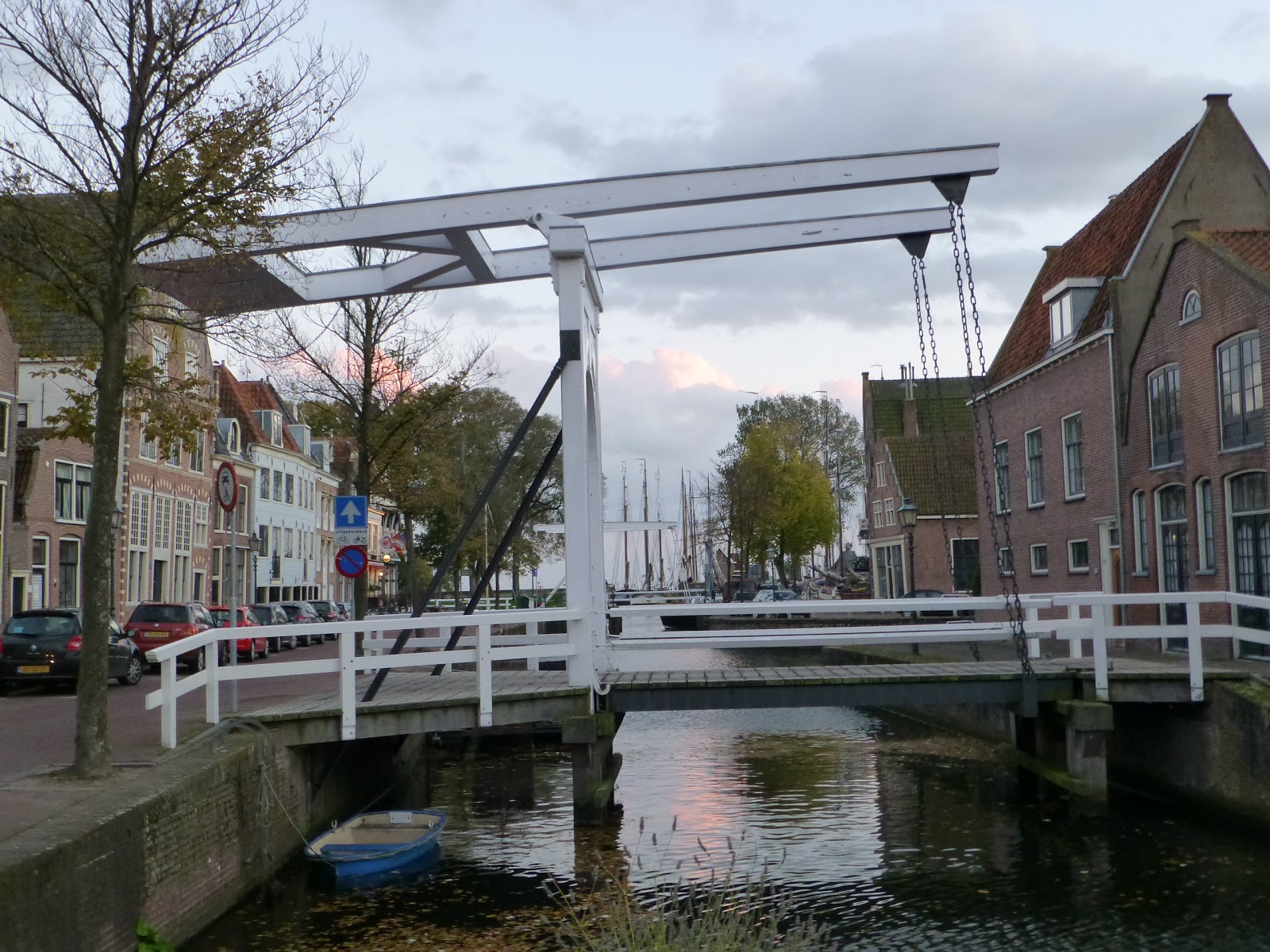 Although Diane and I have been to Amsterdam on a number of trips, when you’re in a city with someone who lives there, you have an opportunity to see a place from a different perspective.

After Meredith picked us up at Schiphol, we went to her flat, just south of the city center. Her place is on the second floor, on a quiet street, across from a shuttered church and next to a small elementary school. Elliot was not home. He happened to be in Portland on business and wasn‘t getting home for a few days.

After we settled in we decided to immediately set off on bikes to see the sights around her neighborhood. After all, the weather was warm and sunny. There was no time to waste. 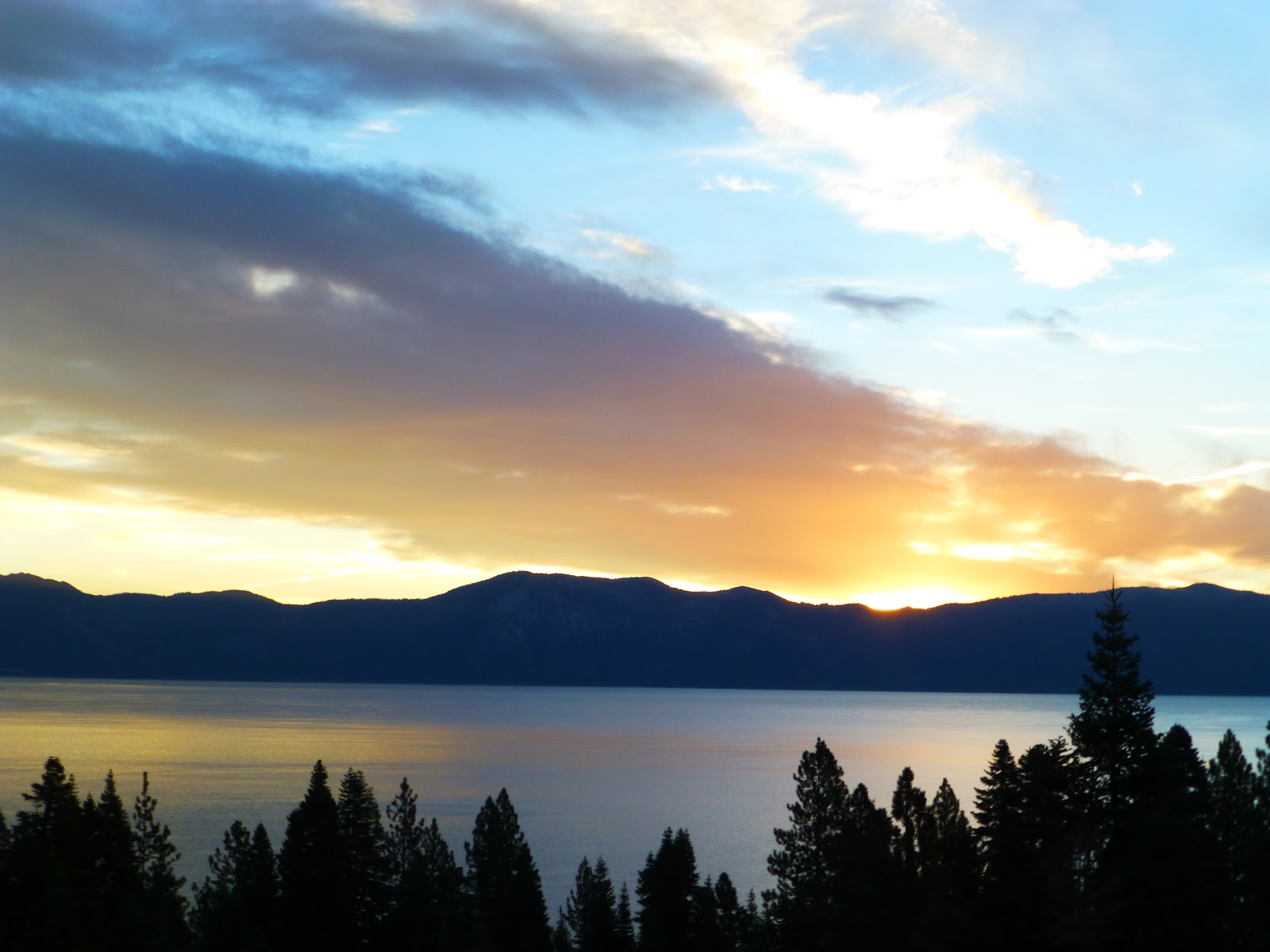 
The initial intent on the Lake Tahoe trip was for an all-girl week-long stay, which was purchased at a fund raiser for Big Brother/Big Sister last year. But as it turned out, it ended up being just Claire and Larry, and Diane and I in a large and magnificent home at the lake.

Tahoe is a seven hour drive from Pismo Beach. I had hoped for our accommodations to be a lake-front home, but alas - that was too much to hope for. Darn! Regardless, the home did not to disappoint. With a sparse view of the lake, it did provide a fabulous “great” room upstairs, Jacuzzi on the deck and an air hockey table that Larry and I made use of almost each night.


On the first day, we all took a hike to the small but very beautiful Lake Eagle. The hike had a few short steep climbs but overall was a short and easy hike with a very rewarding view of a lake. We should have brought a picnic lunch! 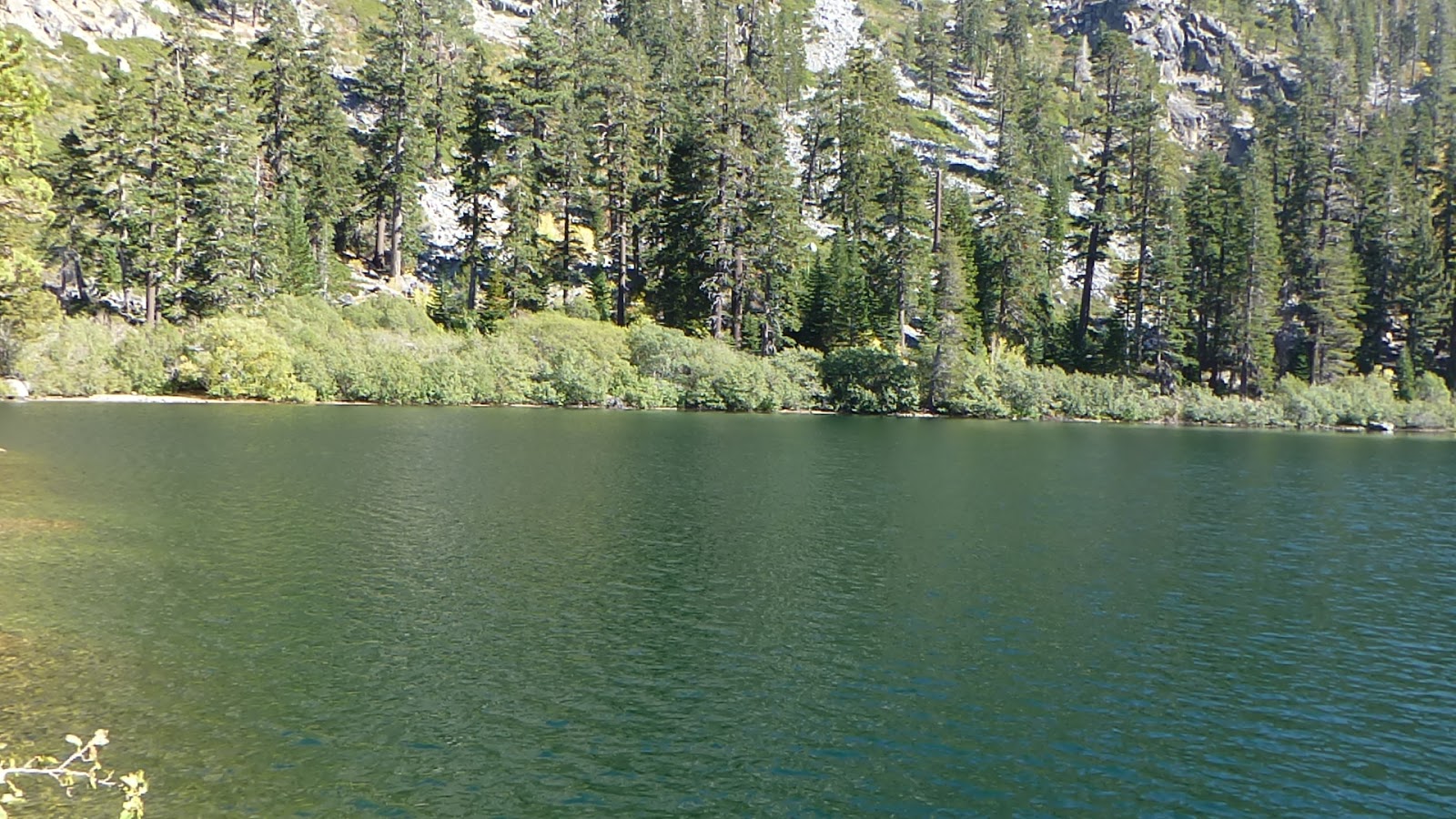 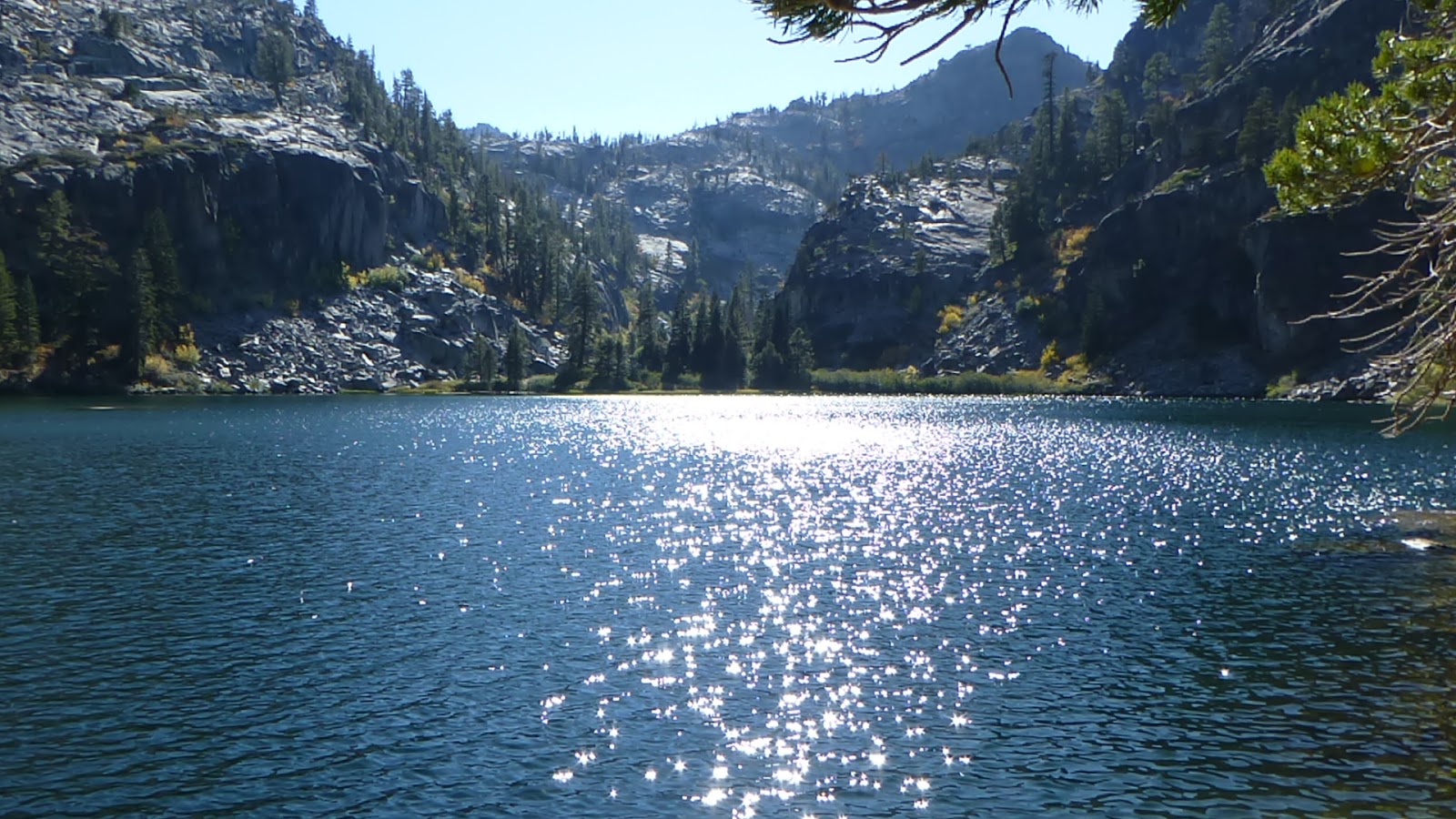 The following day I went off on my own and took a great bike ride along the Truckee River. The natural setting was astonishing. The only problem I encountered were the nasty bumps on the bike trail. One of them nearly threw me off my bike. You really have to keep an eye on the road and hold on to the handlebars with both hands. The bumps can be pretty jarring!

On one of the other days, while Diane and Claire were off to Incline Village, Larry and I took a fabulous hike at Alpine Meadows to an area called the Five Lakes. It had a steep initial ascent. But after that, it flattened out to a comfortable hike. Larry and I readily found the first lake. But the other four lakes alluded us for a while. Eventually, we found them all, though.

One of the evenings we were there, we went to a fund raiser for the business community King’s Beach. The event had a number of restaurants, wineries and breweries that participated. The evening turned out to be a good one, in that we had lots of delicious food and drinks and even won a small raffle prize to boot!

On our last full day, Claire’s niece, Erika and  her husband, Trey came over. During the day, we took a hike along one of the many ridge walks. Later on that day, we visited a local area where they were having Oktober Fest. We had a beer and enjoyed the activities. 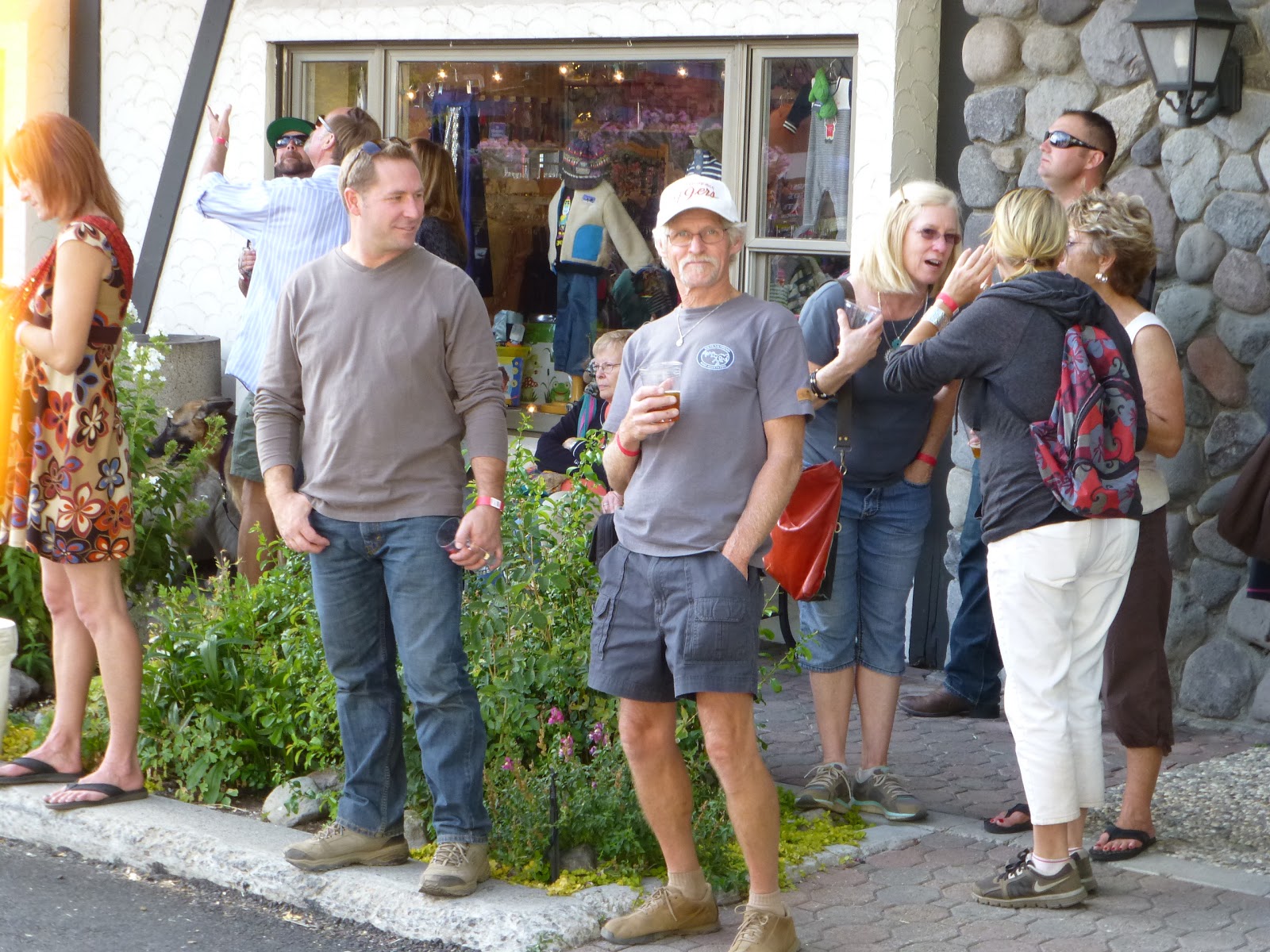 Afterwards, Erika and Trey cooked us a superb meal for our last evening in Lake Tahoe. The entire evening turned out to be a pleasure with lots of good food, wine, air hockey and good conversation.

Posted by George at 2:09 PM No comments: