After a long four hour bus ride, one that retraced the route that we had driven just days earlier, we arrived at the tiny fishing village of Ucagiz. Since the pension where we were staying was on a peninsula with no road to it, upon arrival we were to call our host, after which he’d come and pick us up by boat. To our surprise, it all went off like clockwork. Soon we were on a skiff captained by our host, headed into the azure Mediterranean waters. We sped through rocky islands with ruins and tombs, places that were inhabited by the Greeks and the Romans over two thousand years ago.


It only took ten minutes to arrive at the dock of the Sahil Pansiyon, where after unloading our luggage, we were shown our tiny and rustic, but waterfront room. After having a cool Efis, a candle-lit dinner was served on the dock consisting of freshly caught fish, a tasty salad, fries and bread. A nice way to end a long travel day.


Kekova is a very sleepy village dating back from 300 B.C. Here one is surrounded by ruins on land as well as in the water (apparently, the water rose nearly 30 feet over the years and left the remains of cities underwater). One can view columns, tombs and other ruin remains from atop the water. 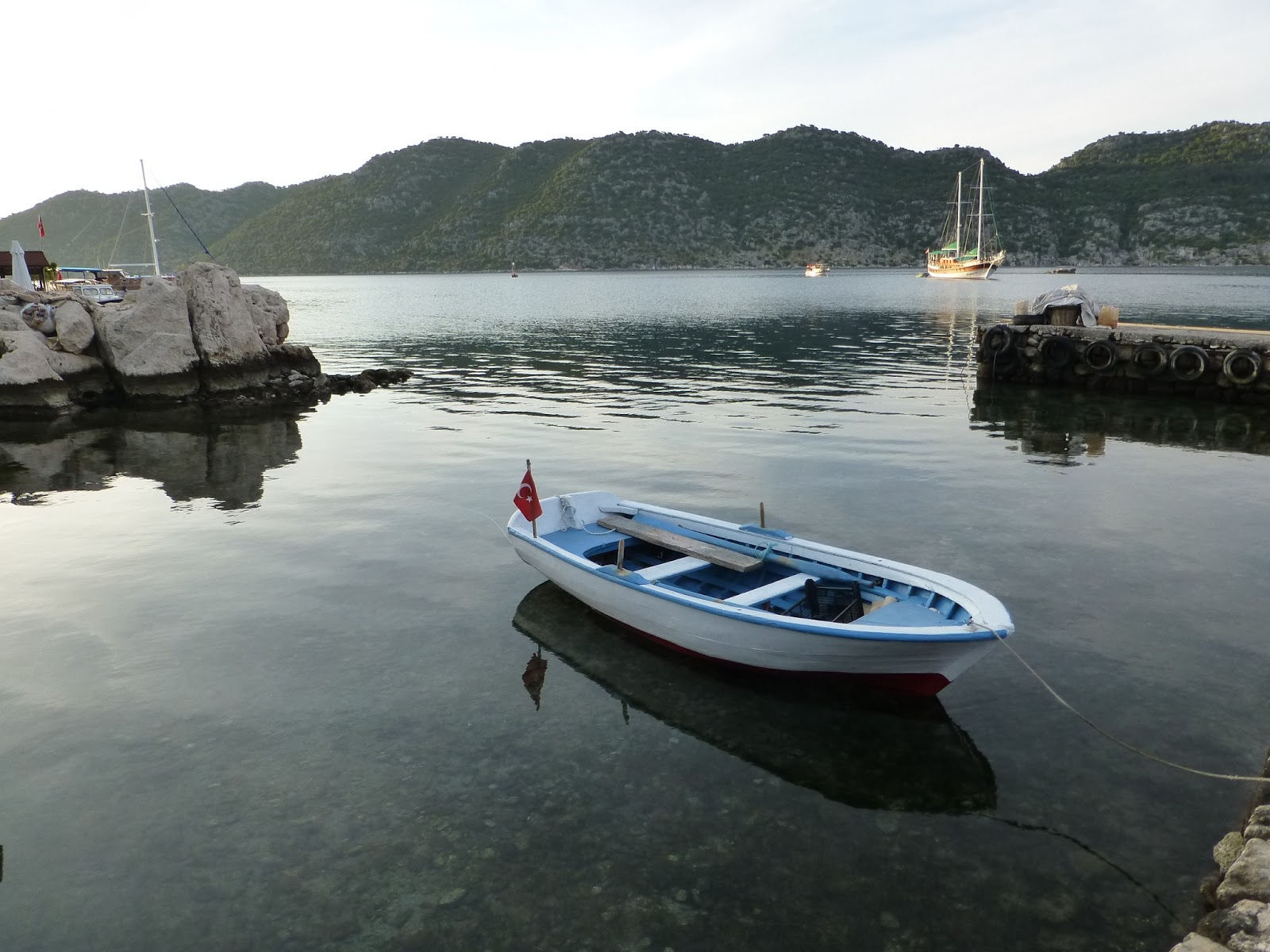 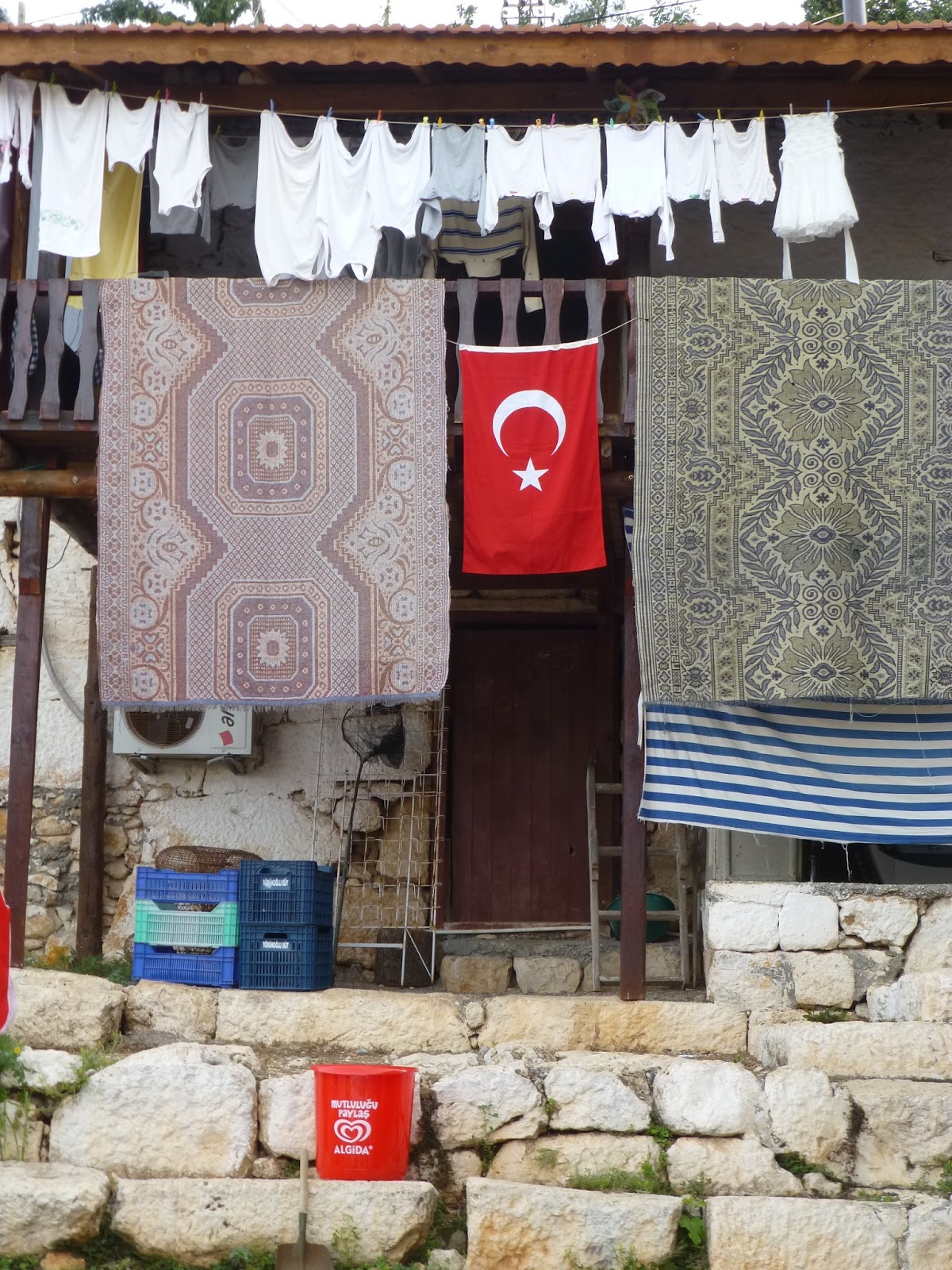 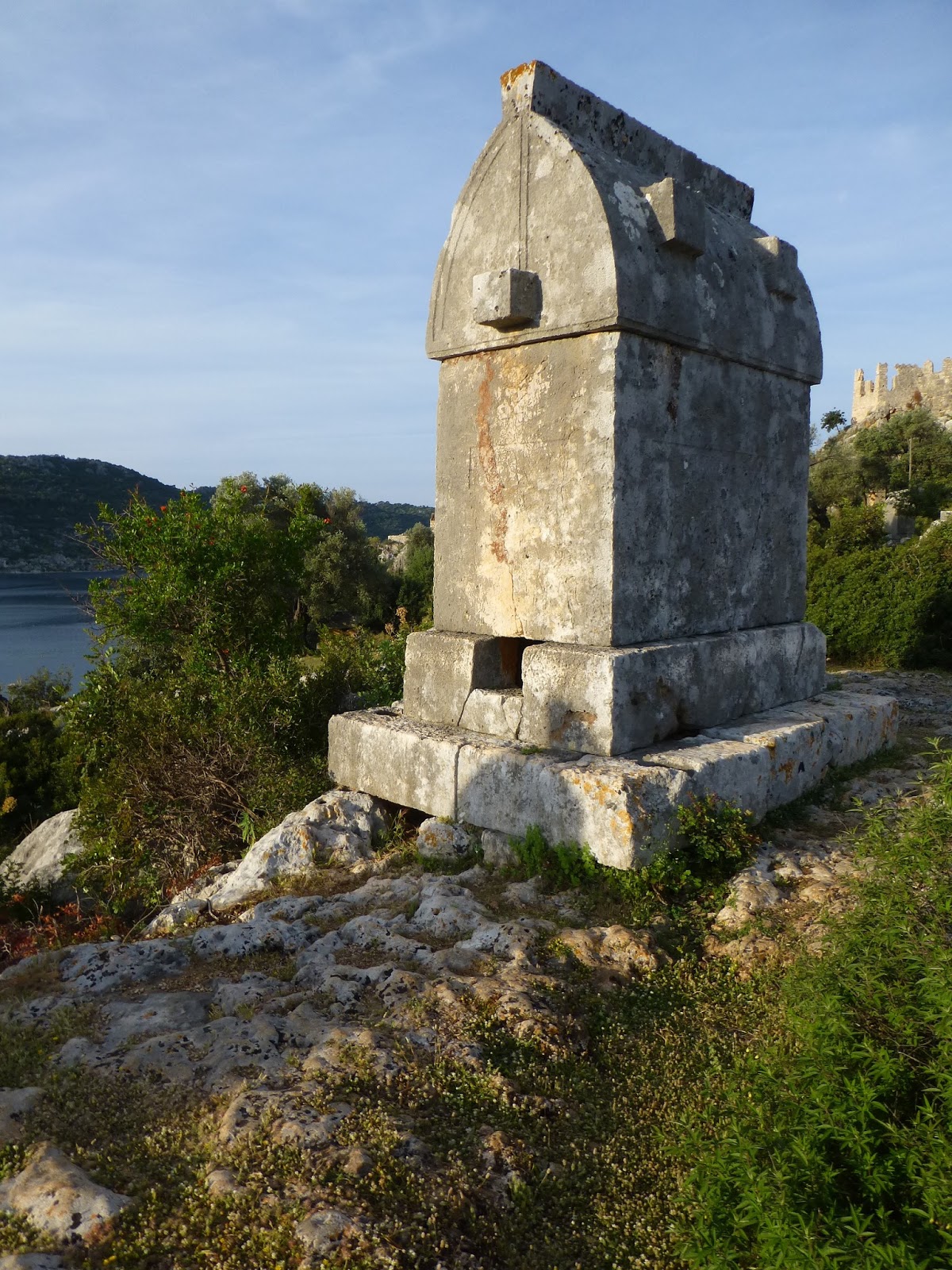 We stayed in Kekova for two lovely days with not much to do other than relax. We took some hikes to see the remains of a third century A.D. castle, climbed around Lycian tombs, went kayaking and swam.

Today we are moving on. Our gulet (Turkish sailing vessel) is coming by at noon for a four day cruise along the Turquoise Sea. Life is good.