Bernau
After just a few days in Amsterdam, Diane and I went to visit my cousin, Erika. She lives in Bavaria, in the small town of Bernau. It was a few degrees cooler there than Amsterdam with a bit more snow on the ground. 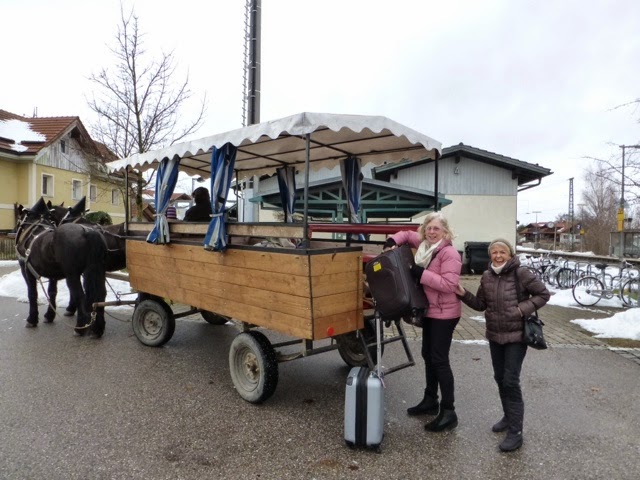 She didn't really come to pick us up in this horse buggy - her BMW was around the corner. 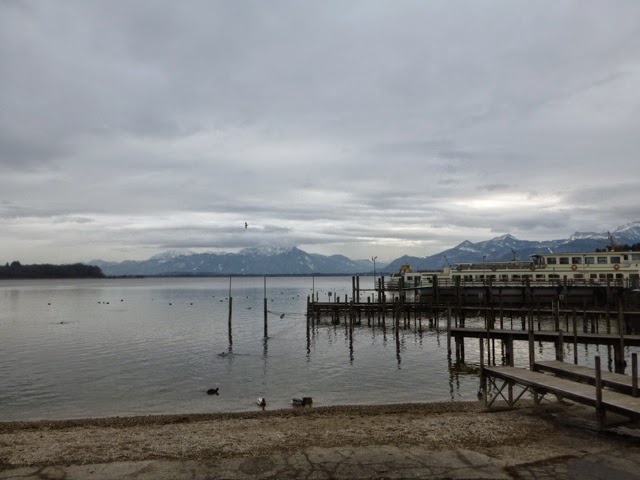 Bernau is adjacent to the Chiemsee, a large lake with islands and castles. 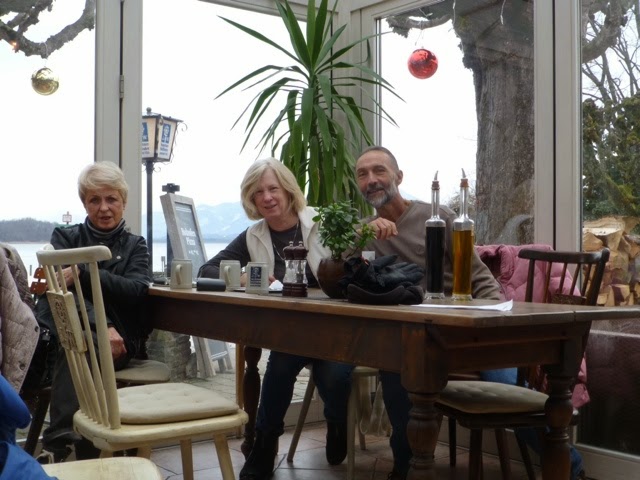 Taking a break from the cold with a cup of Gluhwein (hot and spicy wine). 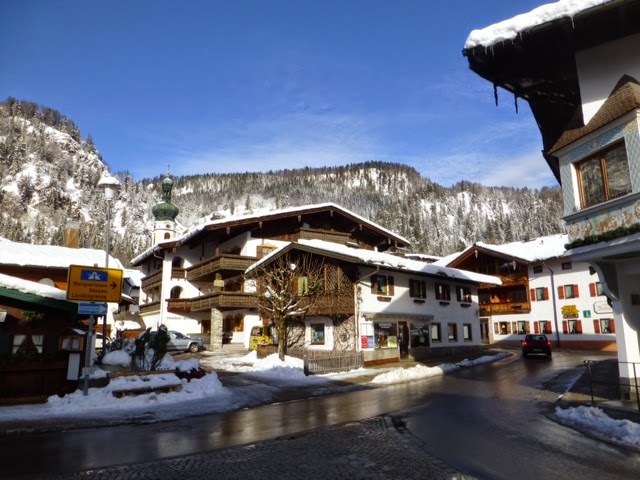 One of the lovely villages we drove through on our way to Berchtesgaten
On one of the full days we were there, we drove about an hour east to a place called Berchtesgaten, a national park but also a lovely village. On the way there, we drove through picturesque small villages and spotted lots of people skiing, some downhill, but most were cross-country skiers. 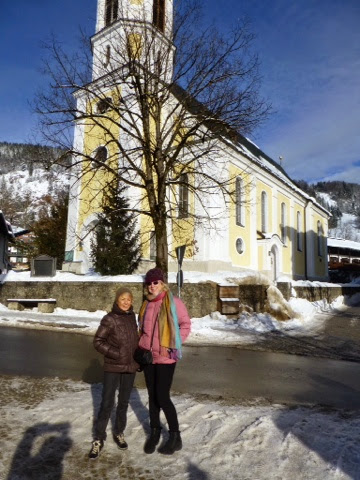 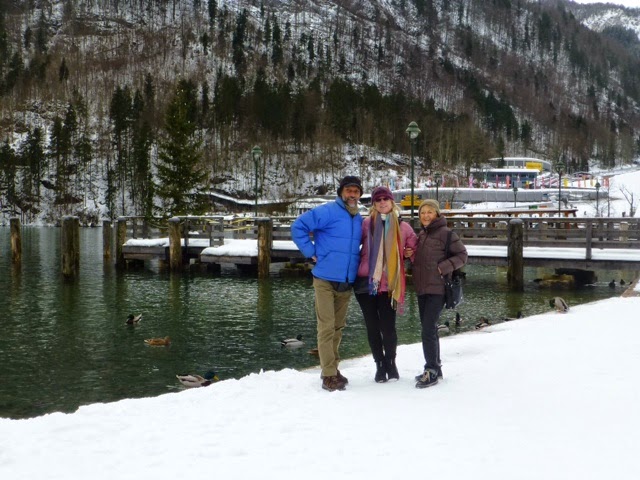 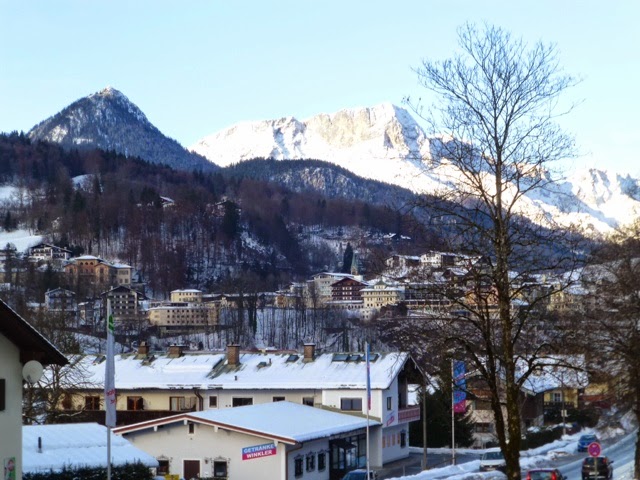 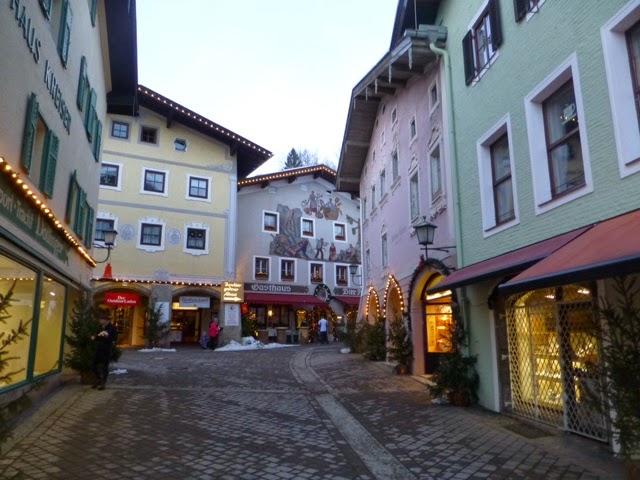 A walk through Berchtesgaten village 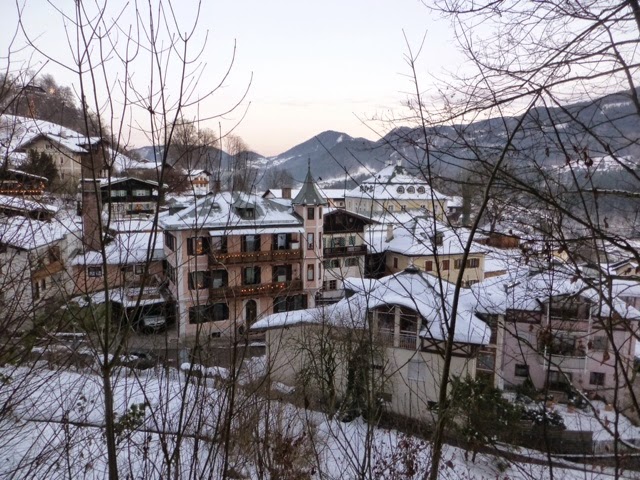 At Berchtesgaten, there was a stairway upwards that pleaded to be walked.... 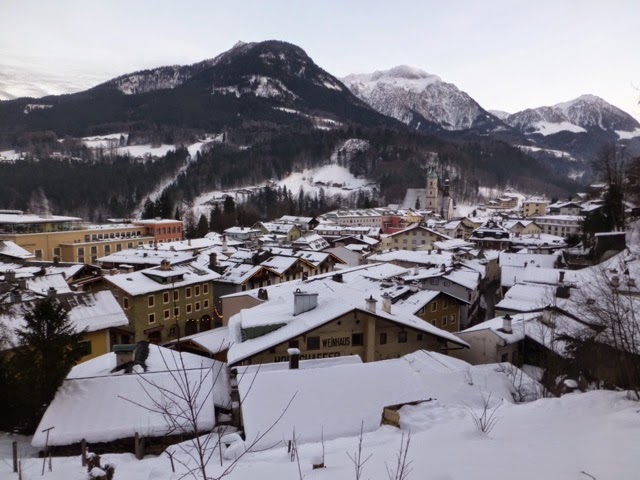 It provided beautiful panoramic views of the the village and the surrounding Alps. 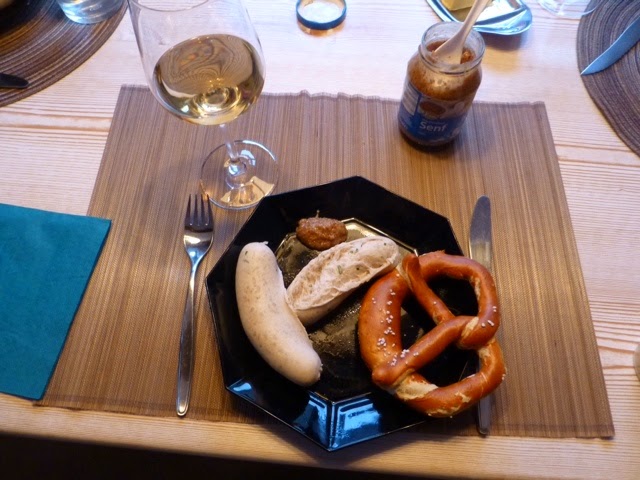 A typical Bavarian lunch entre - Weisswurst, a pretzel, sweet mustard and a glass of wine. 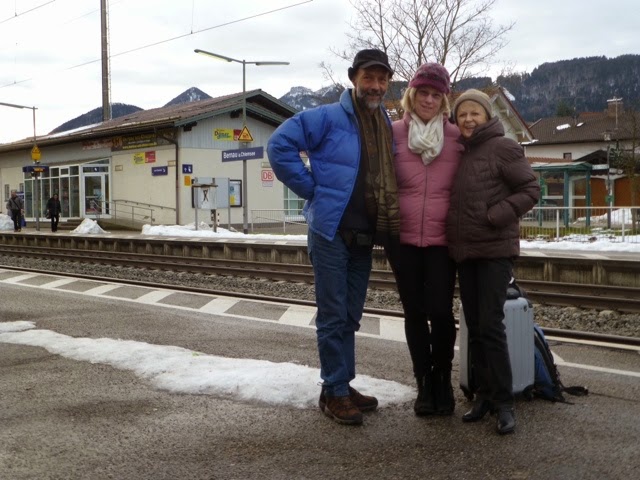 After a brief but fun stay in Bernau, it was time to get back on the train to Munich.
Posted by George at 1:21 PM 1 comment:

Paris
We arrived in Paris the day after Christmas on an AirFrance flight directly from LAX. The plane was one of those giant Airbus 380's. Quite impressive.
We spent a week with Meredith, Elliot and Isla at a comfortable Airbnb flat near the Bastille, a bustling neighborhood located close to all we needed - cafes, restaurants, grocery stores, shops, metro and on. We took walks, saw a few of the Paris sights, enjoyed baguettes, cheeses and wines. We had some nice dinners at home and also had meals out.
In spite of the cool temperatures (as low as 1C), we had a wonderful stay in Paris (and of course unbeknownst to us, the tragic turn of events that were to occur a week or so later). 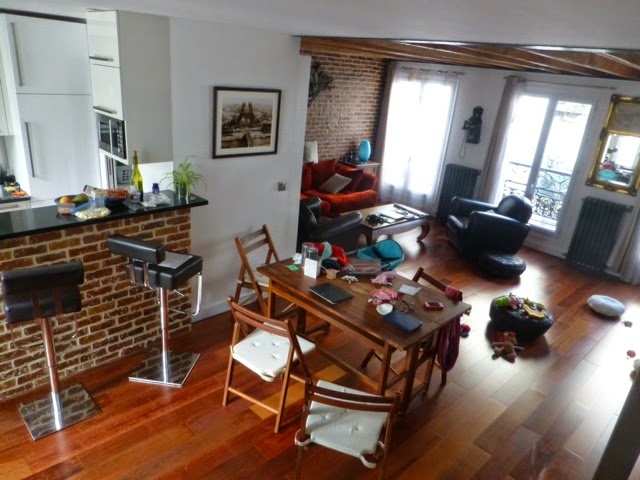 Living room and dining area of the flat. 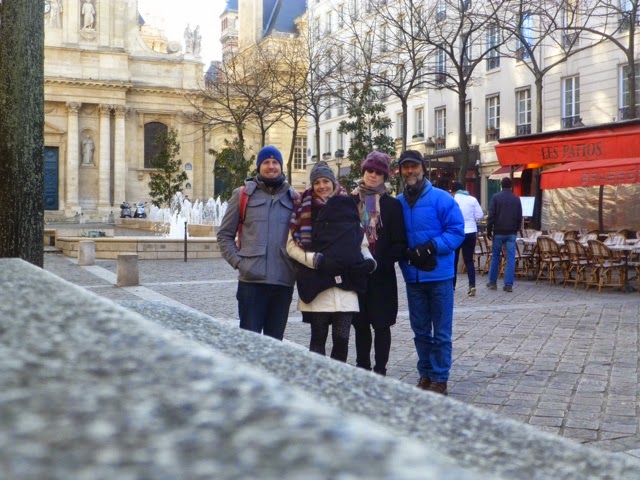 On one of our walks through the city, behind us is the Sarbonne. 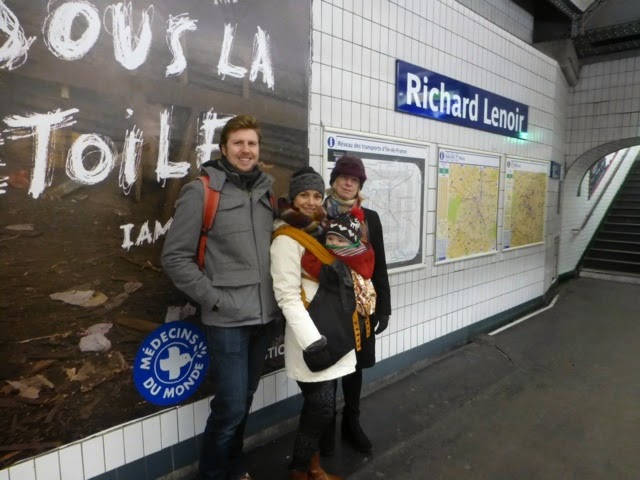 Waiting for the metro 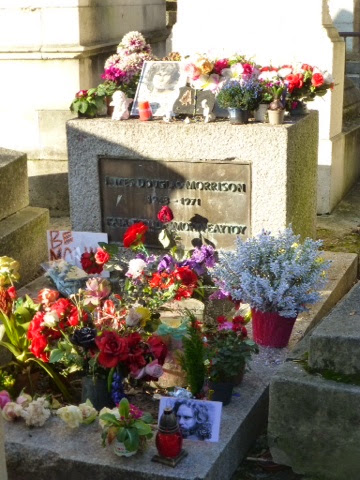 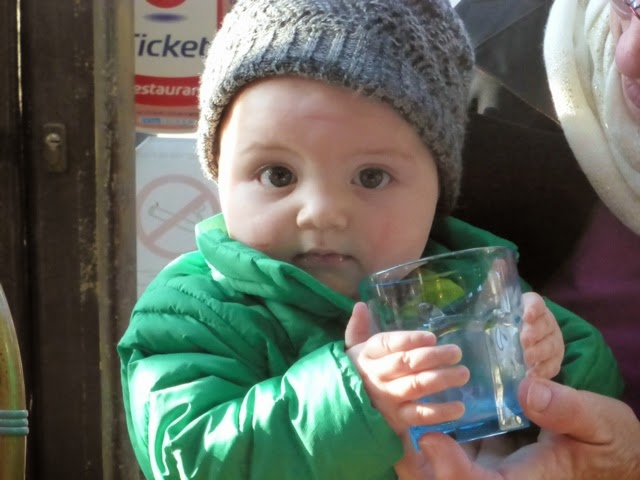 Stopping for some refreshments with Isla. 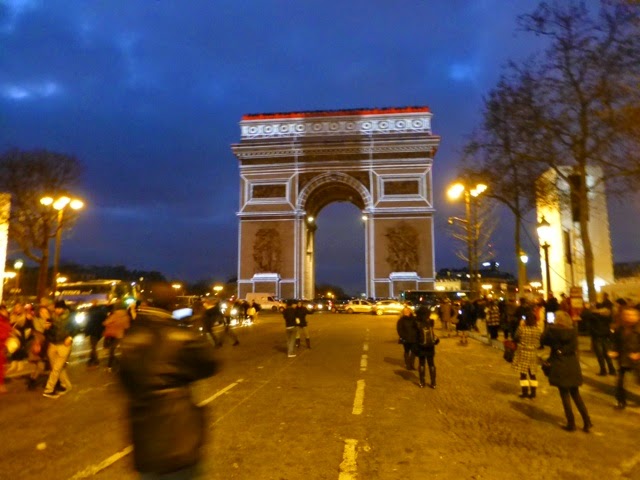 The Champs Elysee near the Arc de Triomphe was crowded just before New Year's Eve. 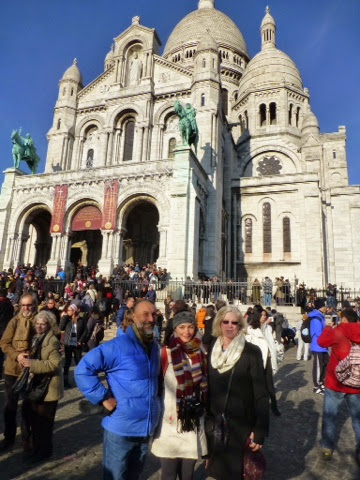 We weren't the only ones with the idea to visit
to the Sacre Coeur Basilica on New Year's Day. 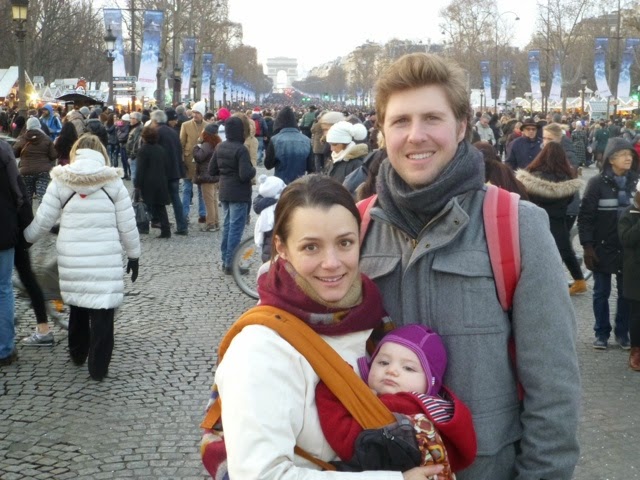 A stroll along the Champs Elysee with a few other revelers on New Year's Day. 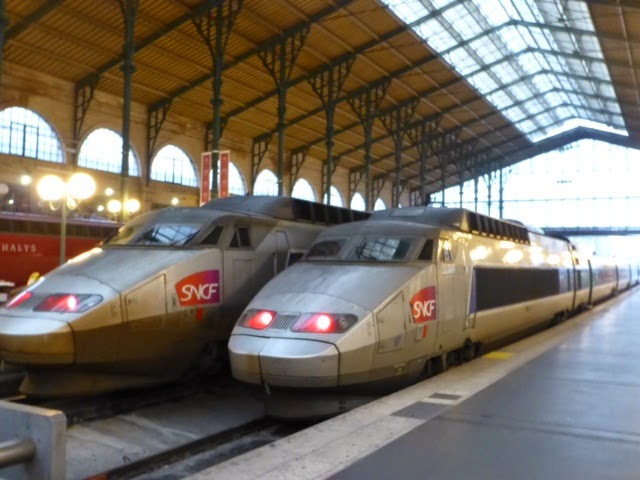 Getting ready to board the Thalys high-speed train (Paris to Amsterdam).
Posted by George at 2:57 AM No comments: