We took our time on our way down from San Francisco Int'l airport to get to the Pinnacles because the weather was going to be hot-hot-hot. Weather reports were calling for 103 degrees. In fact, the weather reports had dissuaded our friends Marty/Sandra and Mike/Venessa to go camping.

But we figured that since we were practically driving past it on our way to Shell Beach, we'd at least try it out for a night. Also, we had driven by the park so many times, each time commenting that we should go check it out, that we now felt obliged to stop. After all, it was dry heat, right?

As we got closer to the park, we held out hope that the park wasn't going to be an oven - we'd experienced temperatures from 106 back down to 83 degrees. But as we started to approach Hollister, the temperatures went back up. By the time we entered the Pinnacles, the weather predictions turned out to be wrong - it was only 102 degrees!

We originally had been set to camp in the RV area, since both Marty and Mike have trailers. It was a very barren area, not suitable for tents. But without them here, we decided to move to the tent area, a far more attractive environment next to a creek, with lots of trees and privacy.

Although the heat kept us lying low on the first day, the following day it cooled off to the high-70's. Very comfortable. We took hikes, read and went to the camp's pool. 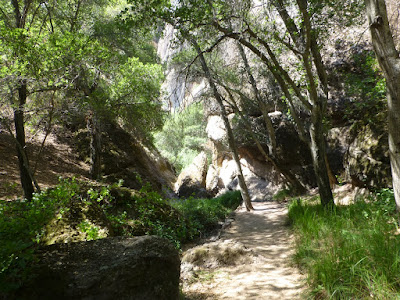 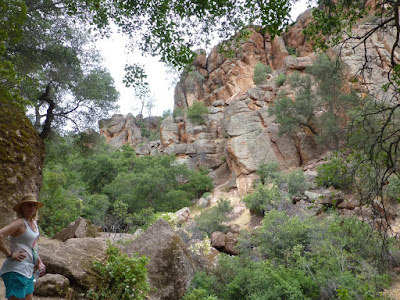 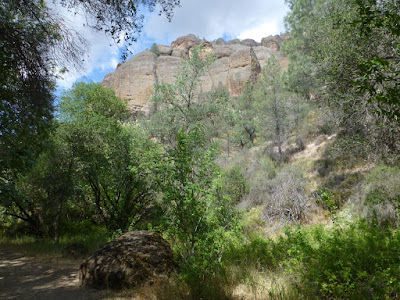 Along the Bear Gulch trail, we spotted caves, beautiful rock formations, some wild life and evidence of ancient volcanic activity. The many sheer cliffs offered by the park's environment, tempted a number of rock climbers to test their climbing skills.

On our third day, I took the Old Pinnacles trail and tried to reach the Balcony rock formation. But I found out too late that it pays to read the fine print - bring a flashlight! After walking 2.5 miles, I was blocked from proceeding because of a very long and dark cave that I would have had to go through.

Well, it's always nice to leave something for the next time..... 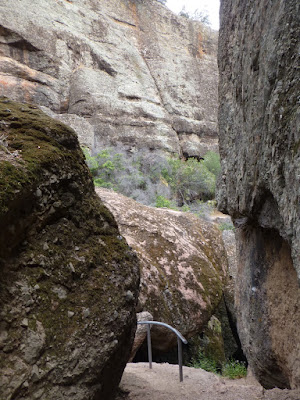 Posted by George at 5:21 PM No comments:

A Few Days with our Favorite Grandchild

Isla's Visit to Oma and Opa 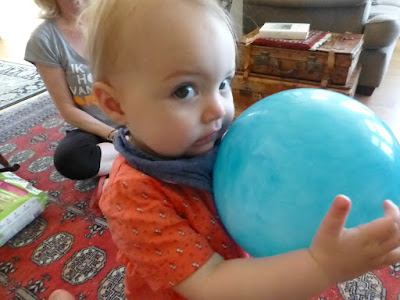 Meredith, Elliot and Isla came to visit us in Shell Beach for a few days in May, 2015. While Meredith and Elliot stayed busy thinning out some things they had stored in the garage, Diane and I got a chance to play with Isla.


After spending a few days here, the three of them left for Marin to visit with Mary, Elliot's mom. Diane and I followed several days later.


While we always had fun at the house, going to the nearby park was the best. 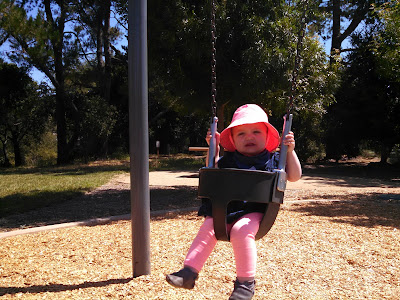 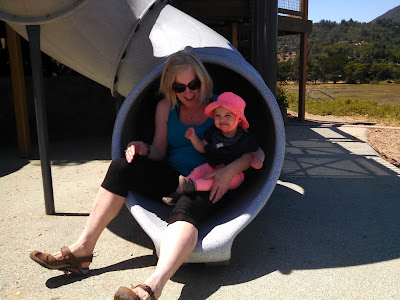 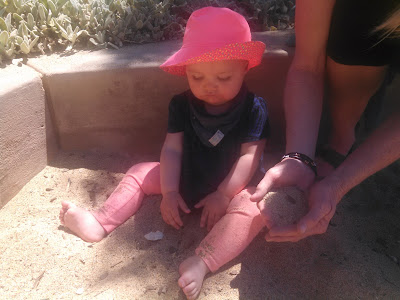 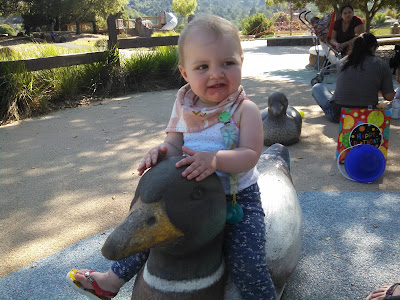 During our stay in Ross, we visited our friends Roy and Tee. While sitting there in their house, a friend of theirs stopped by for a bite to eat.

In too short of a time, Meredith, Elliot and Isla had to pack up and return home. On the way to the airport, the little red truck was filled to capacity with our luggage, our camping gear, M&E's luggage and the five of us packed like sardines in the cab. 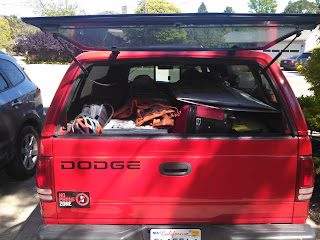 Posted by George at 4:06 PM No comments: