Started by Richard Spindler, (of Latitude 38), twenty-four years ago, the Baja Ha-Ha is a cruise that departs San Diego in October of each year. Its primary goal is to safely get a fleet of sailing vessels to Cabo San Lucas, with a couple of stops along the way.

This year, I got a chance to participate because Dave Allmen wanted to take Lahaina Roads on it. So on October 29, Dave, his brother Doug, long time friend Jim Long (a.k.a. Skip) and I departed from Oceanside to join up with the other 130 Ha-ha vessels in the Ha-ha fleet in San Diego.

We skipped the Ha-ha parade in San Diego and made our way to Ensenada, checking in there and avoiding the crowds of boats that would be checking in, in Cabo san Lucas. 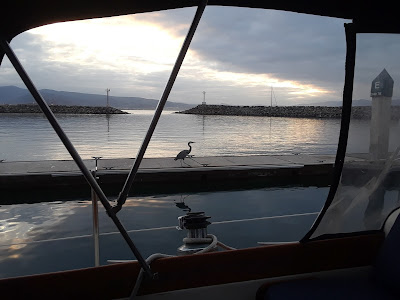 After a brief stay in Ensenada, we headed south for Bahia Tortuga or as we know it - Turtle Bay.

Unfortunately, we didn't have much wind and ended up motor sailing most of the way. Regardless, it was a good run.


During our two day stay in Turtle Bay, we walked through the small, dusty town, had fish tacos at Maria's and briefly attended the Ha-ha beach party.

The following day the fleet sailed out of Turtle Bay in 10-12 knot winds. The winds eventually blew 20- 25 knots, giving us a great three day sail to Bahia Santa Maria. 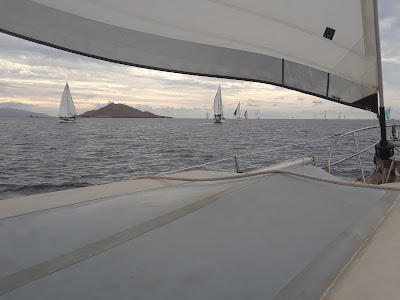 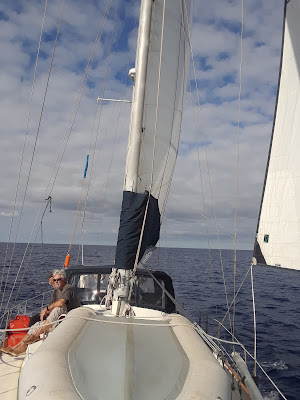 In Bahia Santa Maria, the Ha-ha typically sponsors a big lunch party on shore. Mexican families come from quite a distance to prepare a meal and even bring a local band to play for the fleet. 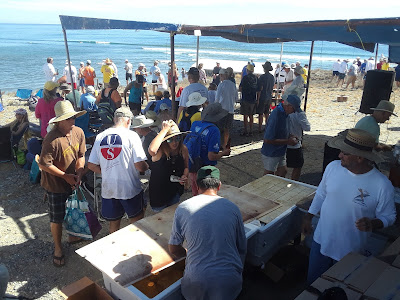 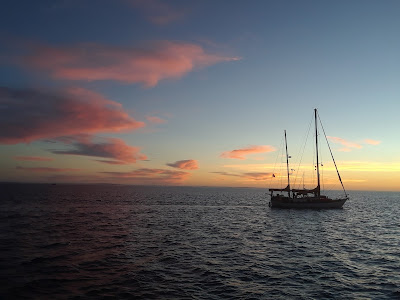 After a two day stay in Bahia Santa Maria, the fleet picked up anchor and headed for the final stop of Cabo san Lucas. 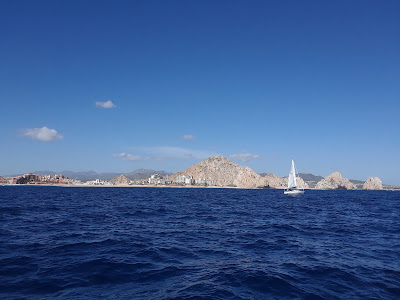 Aside from the final awards ceremony, in which everyone is awarded a prize, the other fleet sponsored event is an evening of dancing at Squid Roe. We stayed for a while but opted for some more fish tacos at a nearby taqueria.

After anchoring overnight, we left Cabo and headed for San Jose del Cabo, just 17 miles around the corner. We arrived in Puerto Los Cabos and docked there until I flew back home. Meanwhile, the crew's other half (Kristi, Carolyn and Lee) had flown in from San Diego and were staying at a hotel in Cabo san Lucas.

Stay tuned for Part II - The Voyage Back to Oceanside.
Posted by George at 9:16 AM No comments: