Sicily - 2018
From Rome, we (Maarten, Ineke, Diane and I) took a short flight to Palermo, Sicily. The  taxi ride into town took about forty minutes. Palermo is one of those typical, busy Italian cities with lots of windy, narrow streets, many of them one way. Making it more difficult, some of the streets are closed to vehicular traffic during daylight hours. The taxi had to drop us off a couple of blocks from our destination.
After getting settled in at our B&B - the Albani Gran Sultani, our host, Vito, was kind enough to inform us of the must-go-to places in Palermo (including where to find the best gelato shop and some of the better restaurants in the city). He drew up a very detailed map listing cathedrals, points of interest, good restaurants and the most important thing - the best place in town for a gelato. 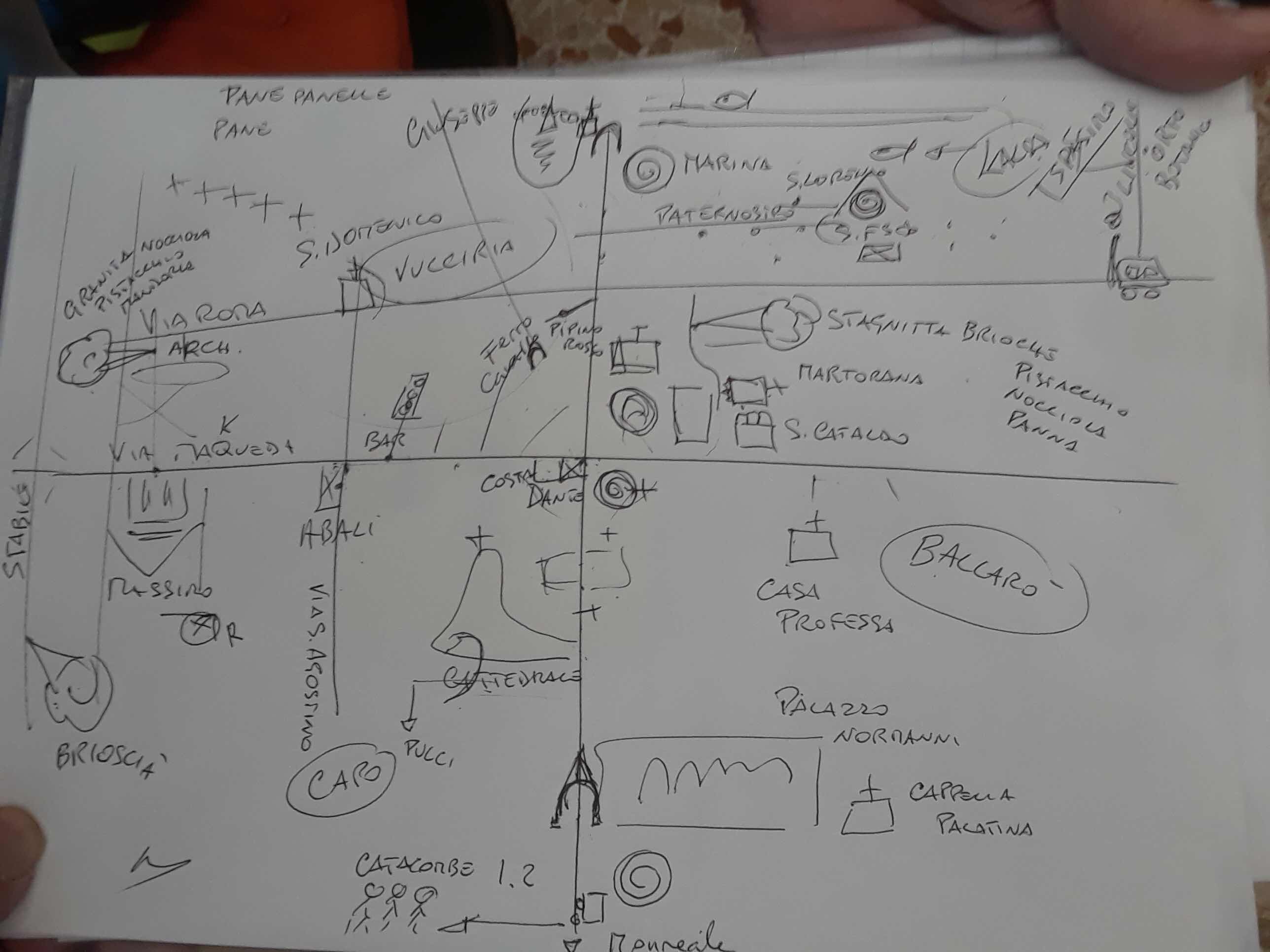 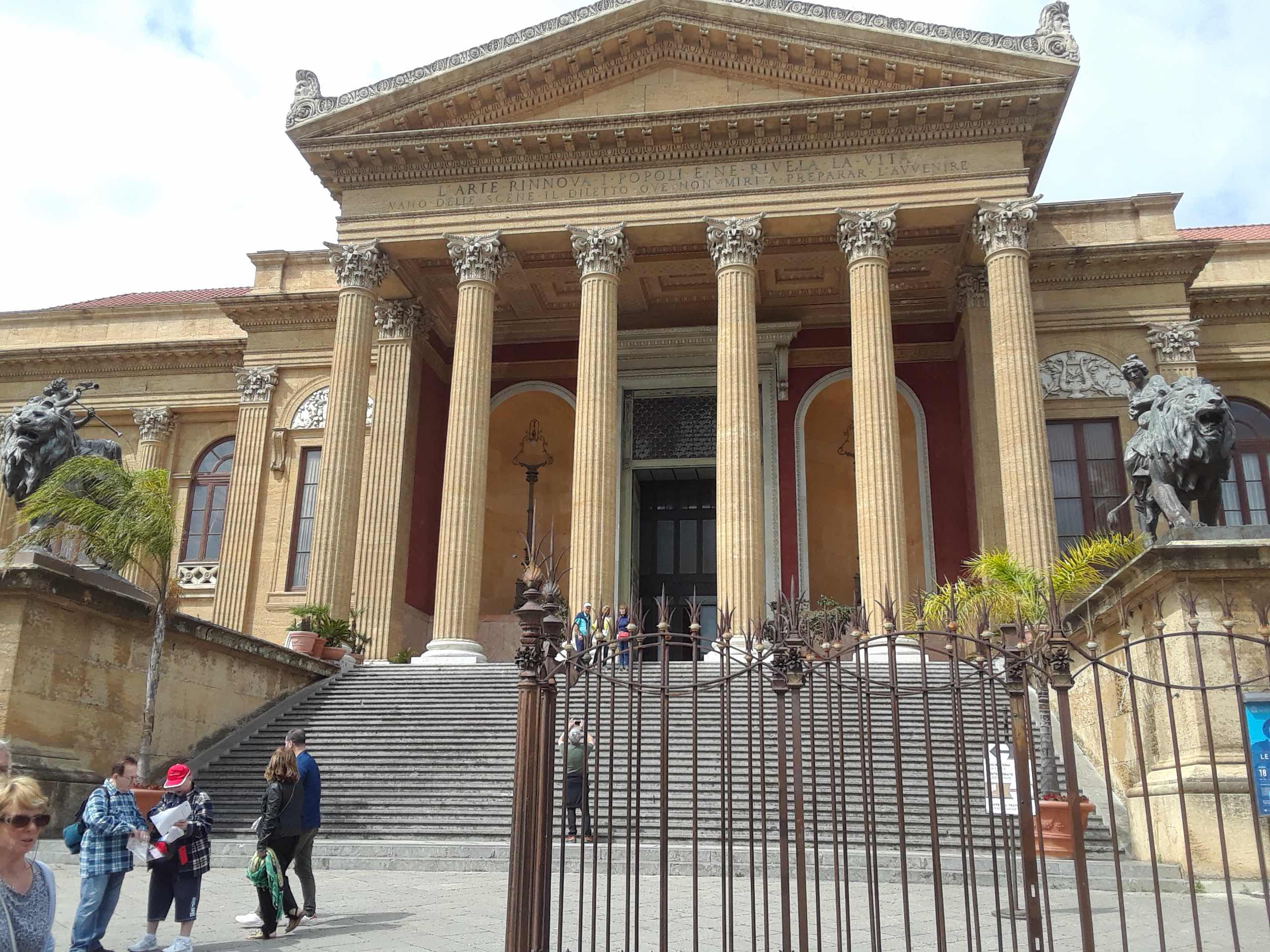 The impressive Teatro Massimo was just a couple of hundred yards away from our well situated B&B. 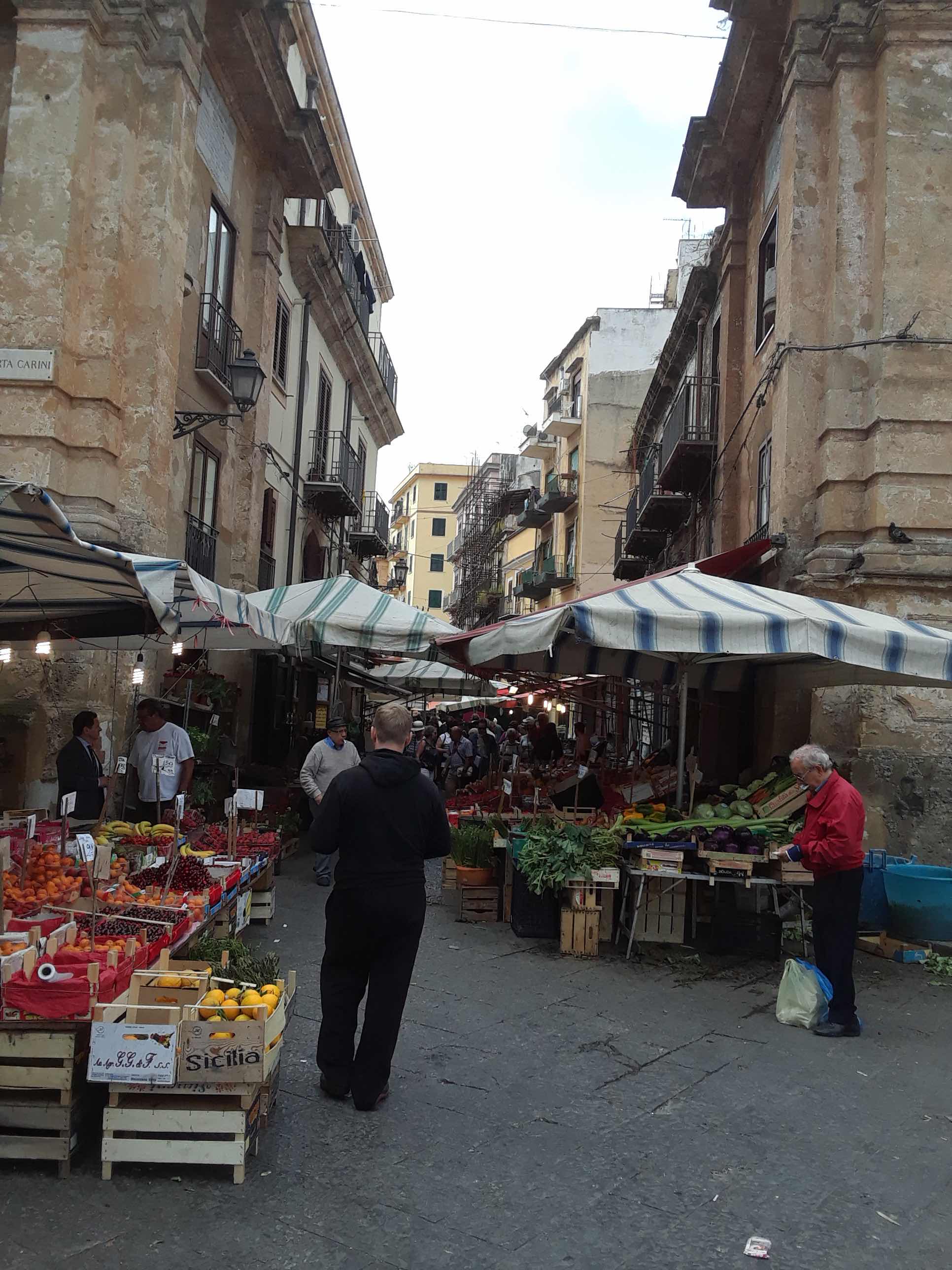 One of the many food markets to be found in the city. 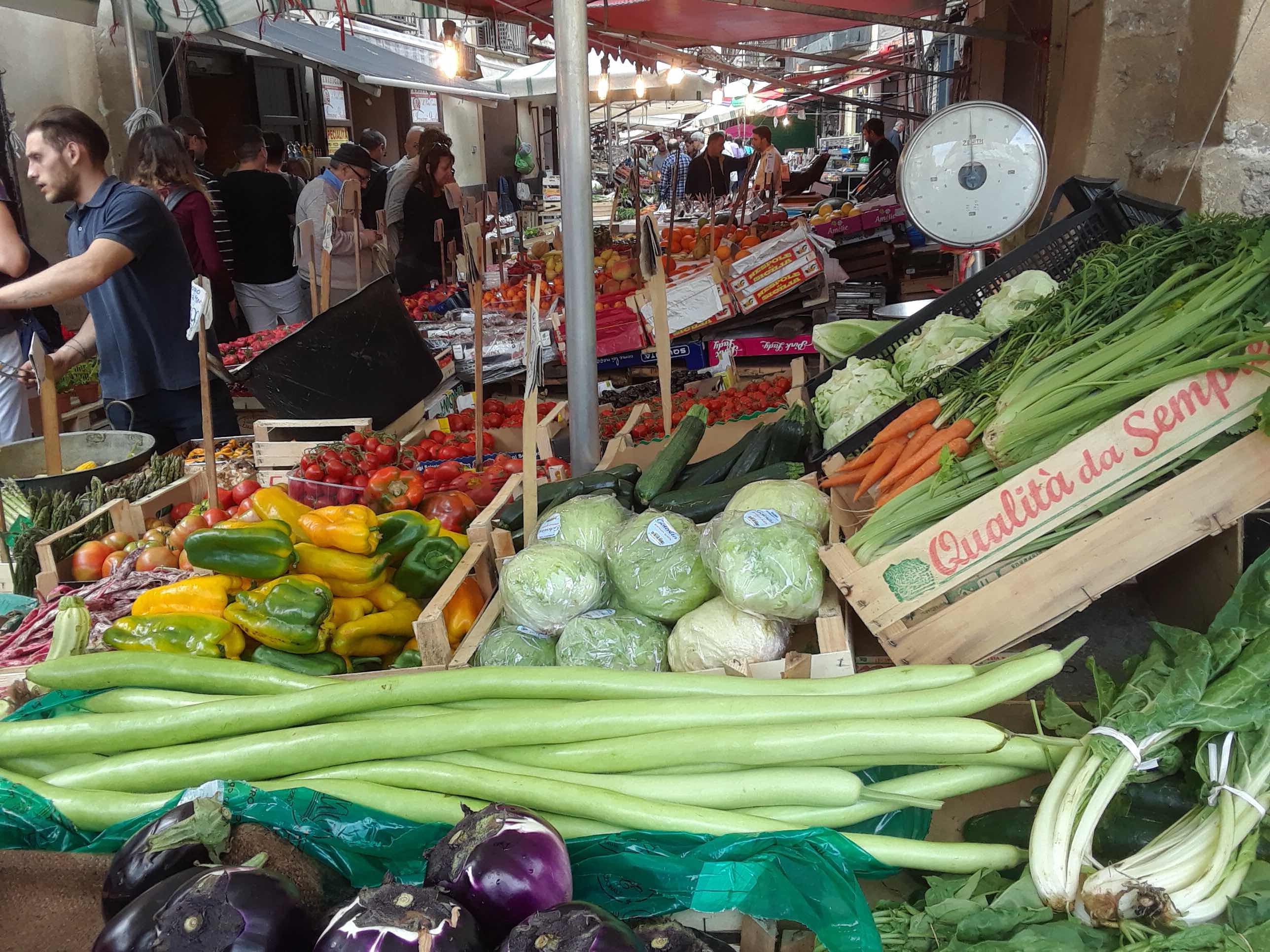 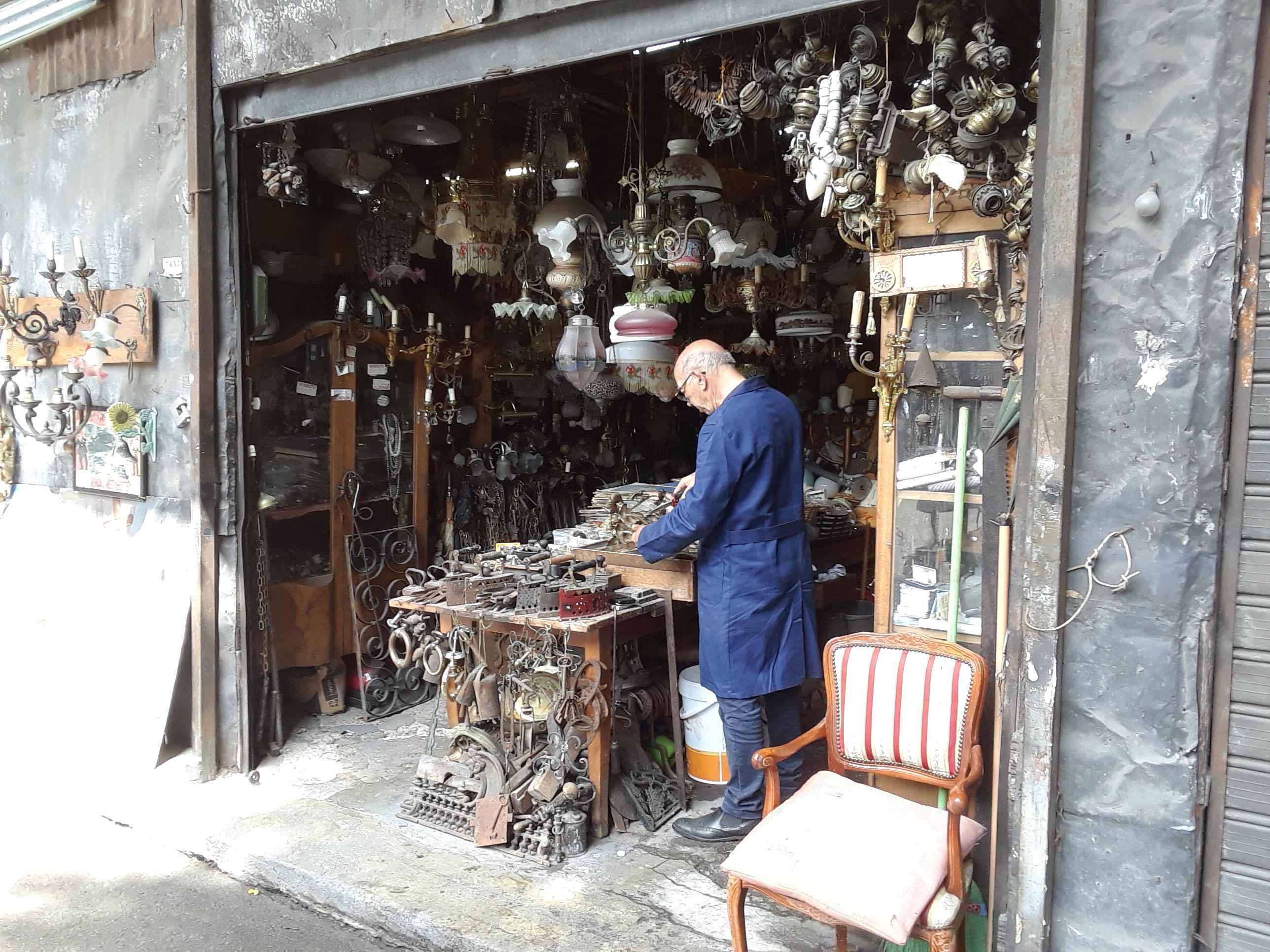 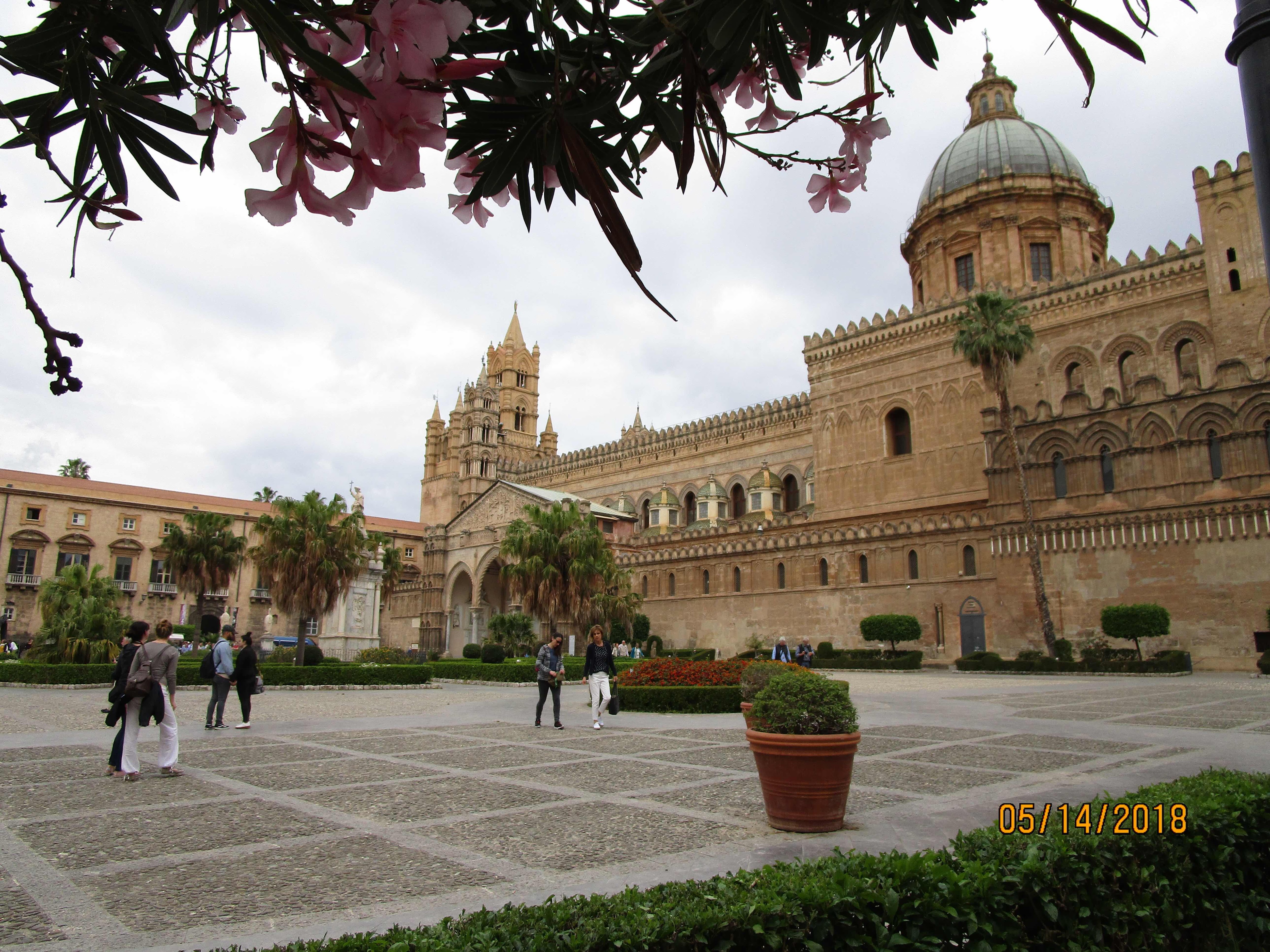 The Palermo cathedral began to be built in 1185 A.D. Each invading culture added their touches of architecture to it resulting in a building that has touches of Norman, Gothic, Baroque and Moorish. 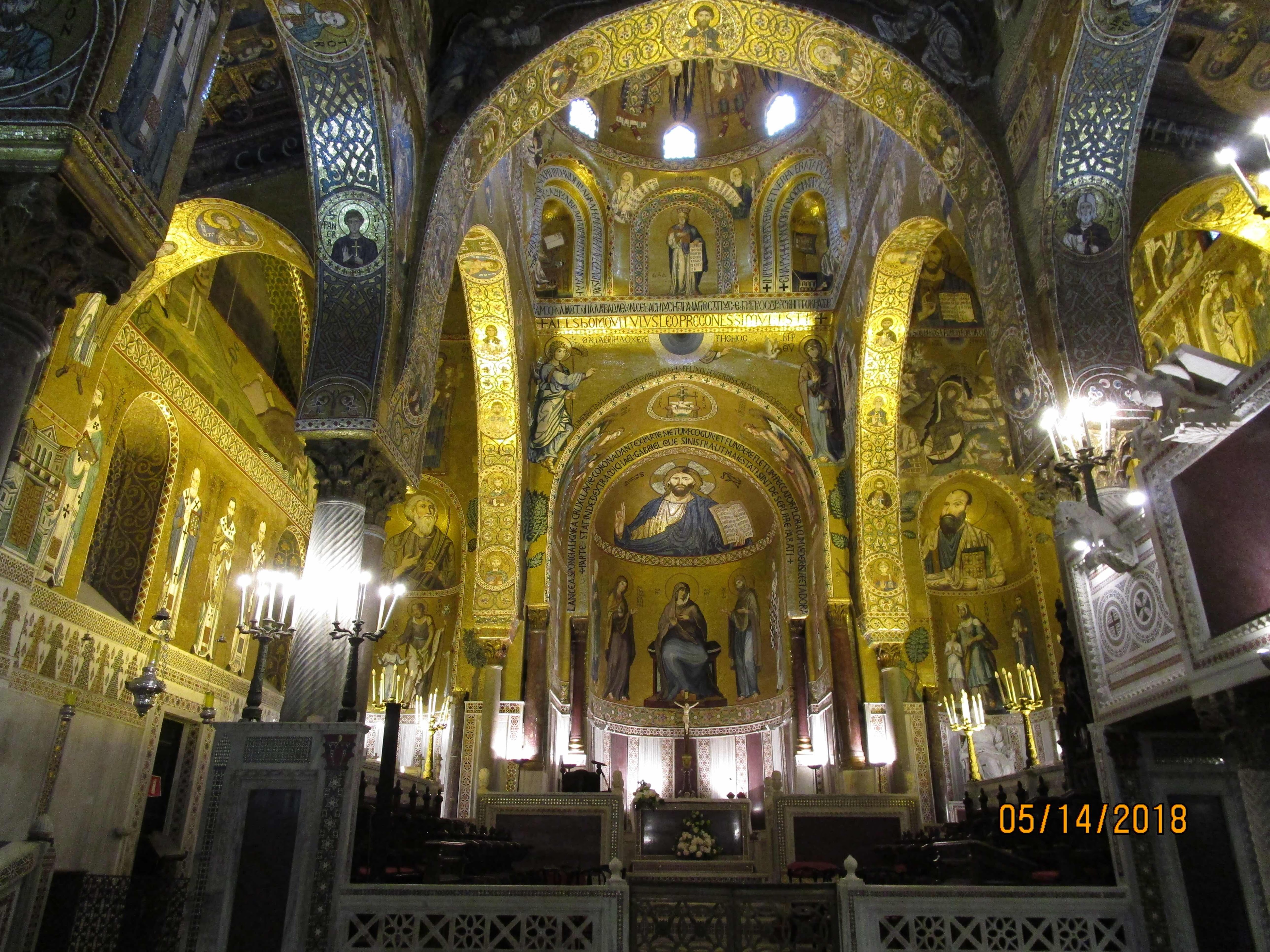 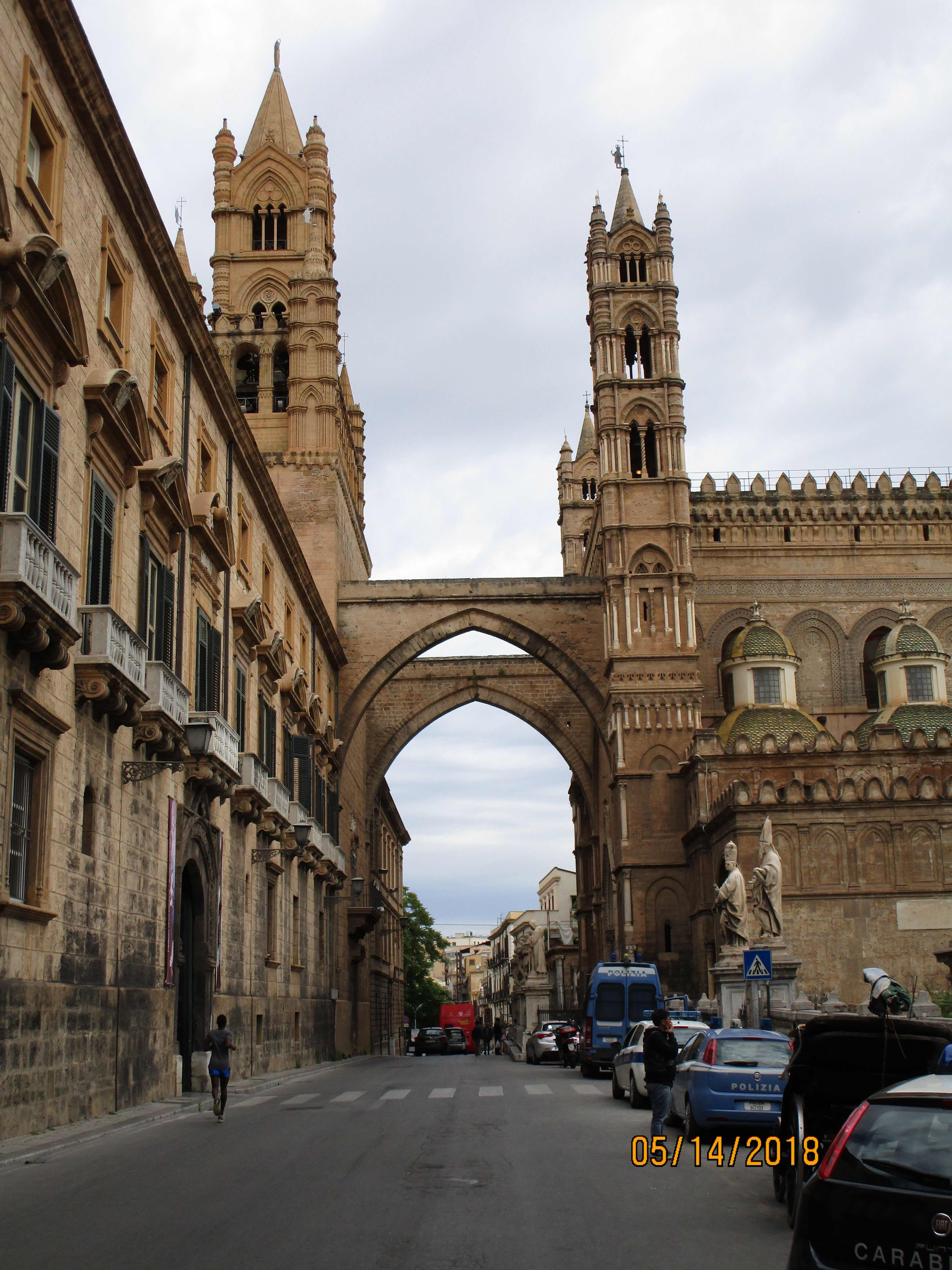 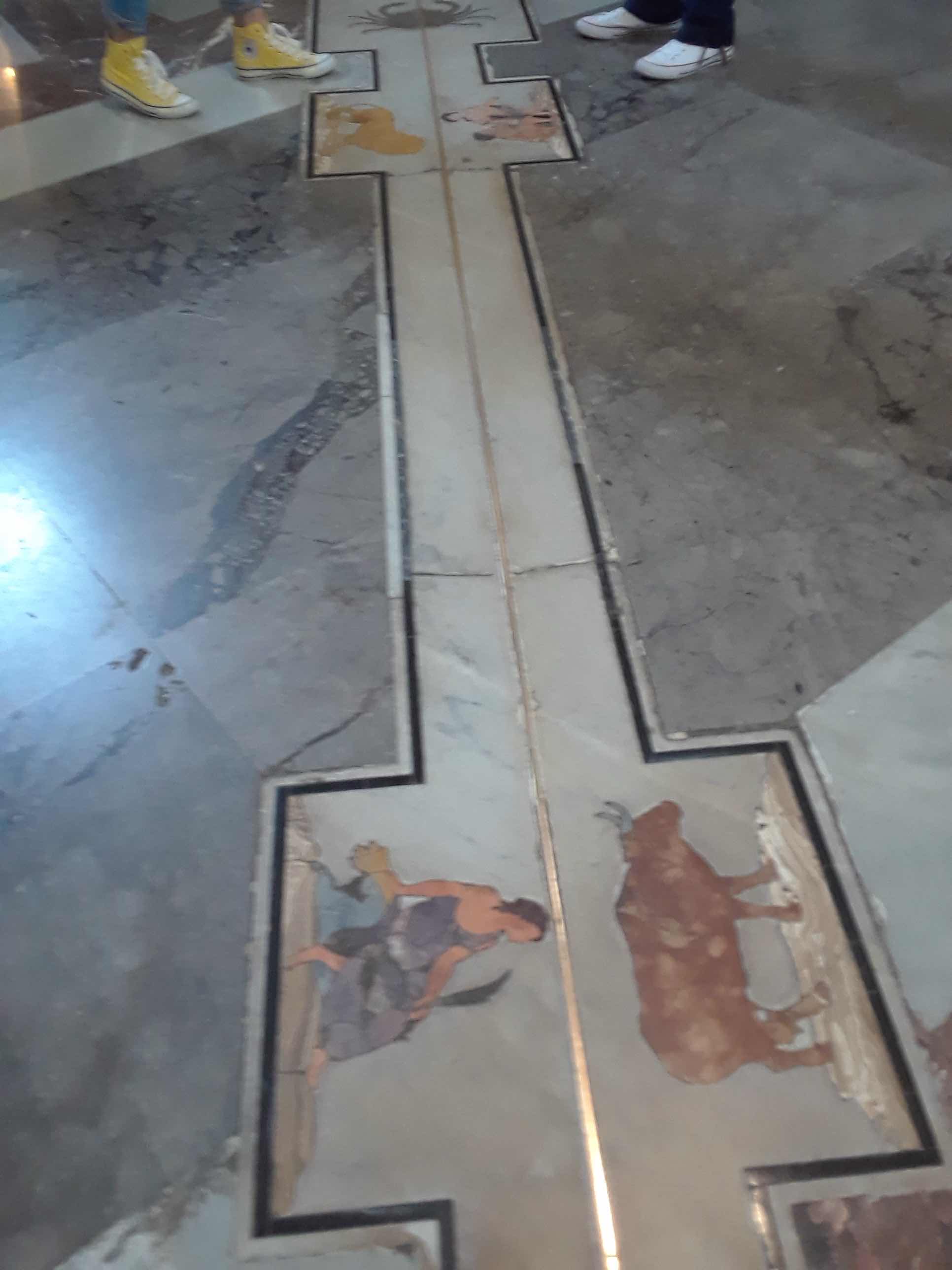 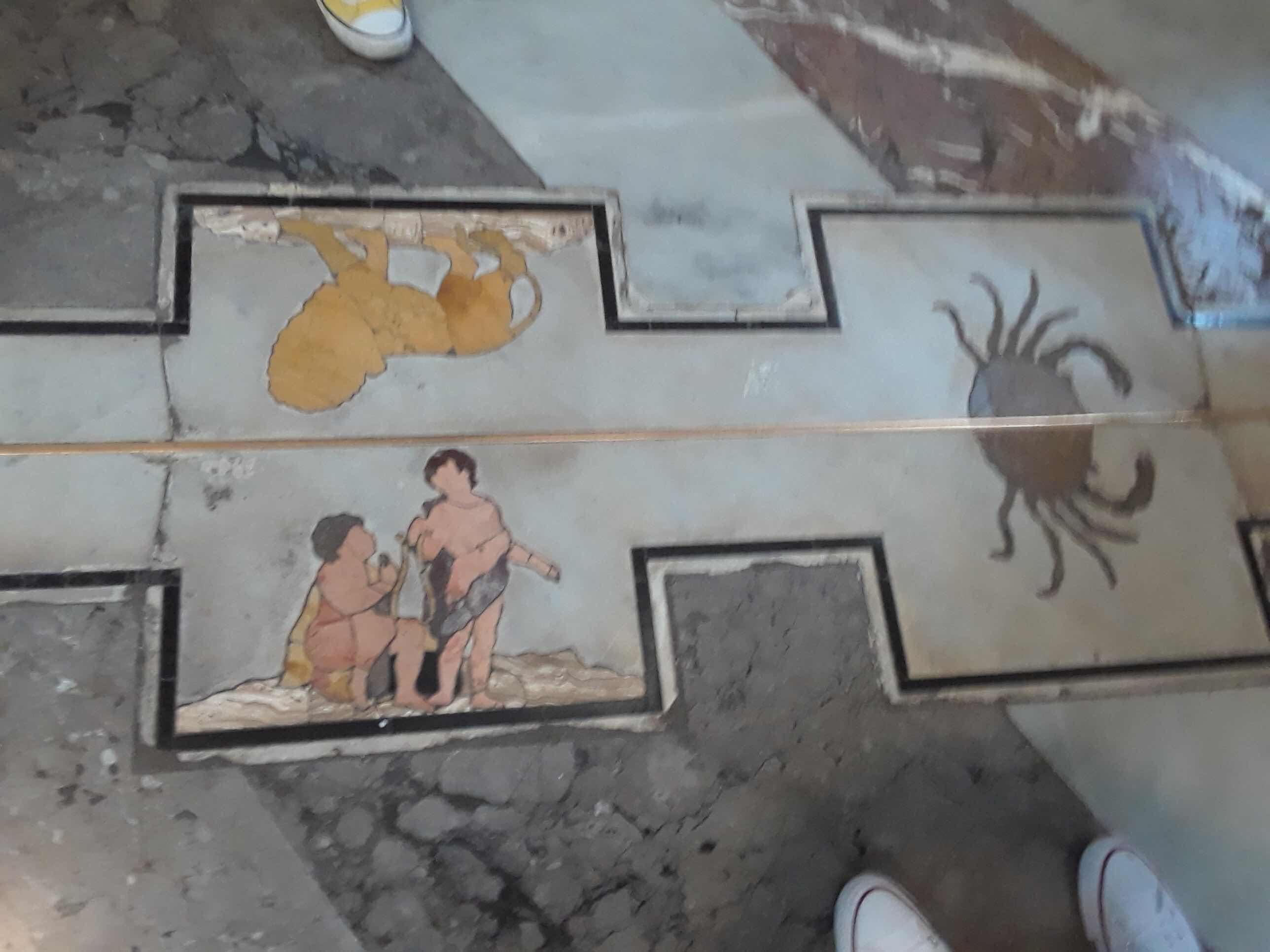 A beautifully inlaid bronze meridian zodiac line lies towards the front of the cathedral upon which the sun reveals the solstices. 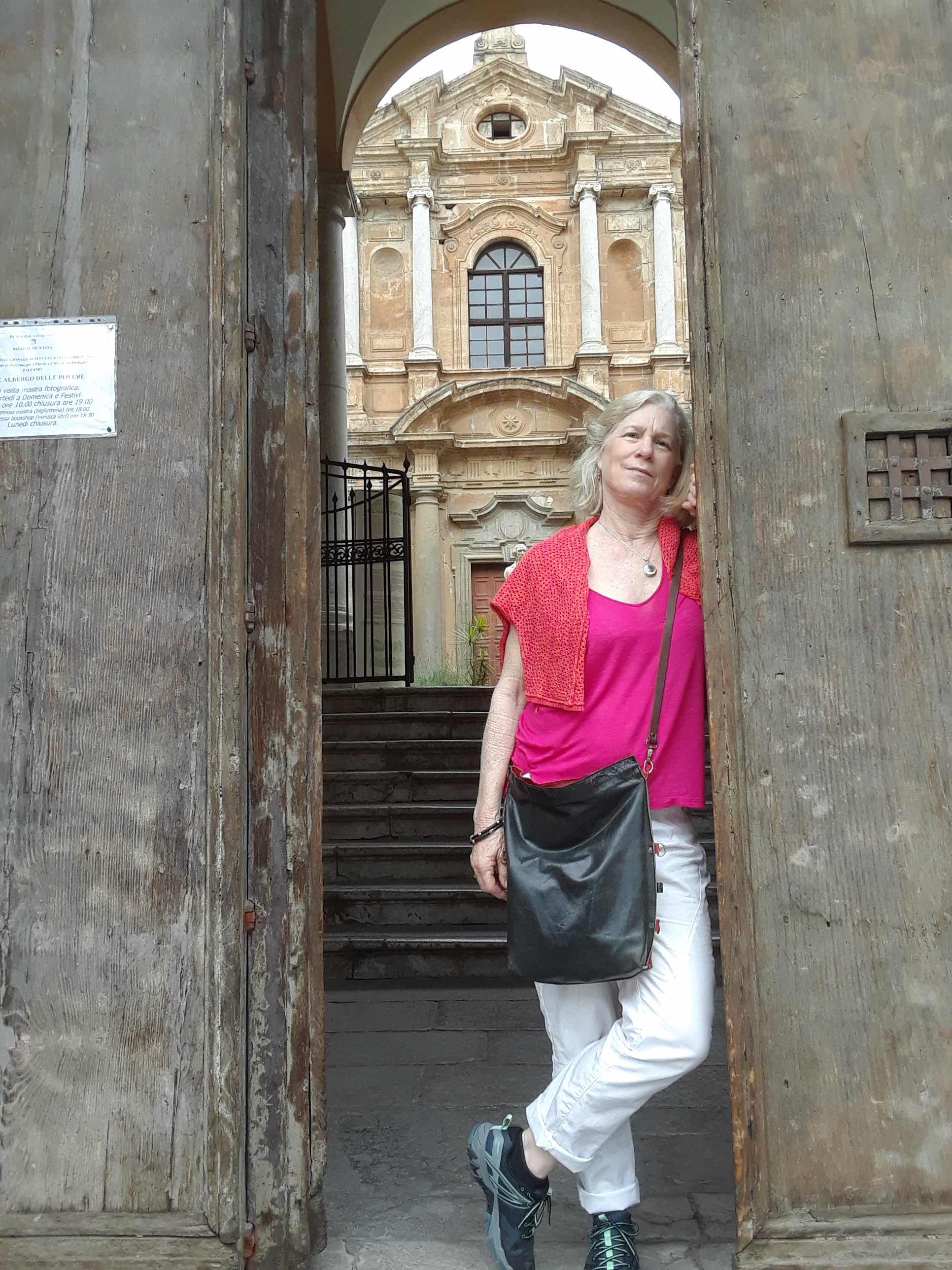 One of the colorfully dressed locals I happened to spot. 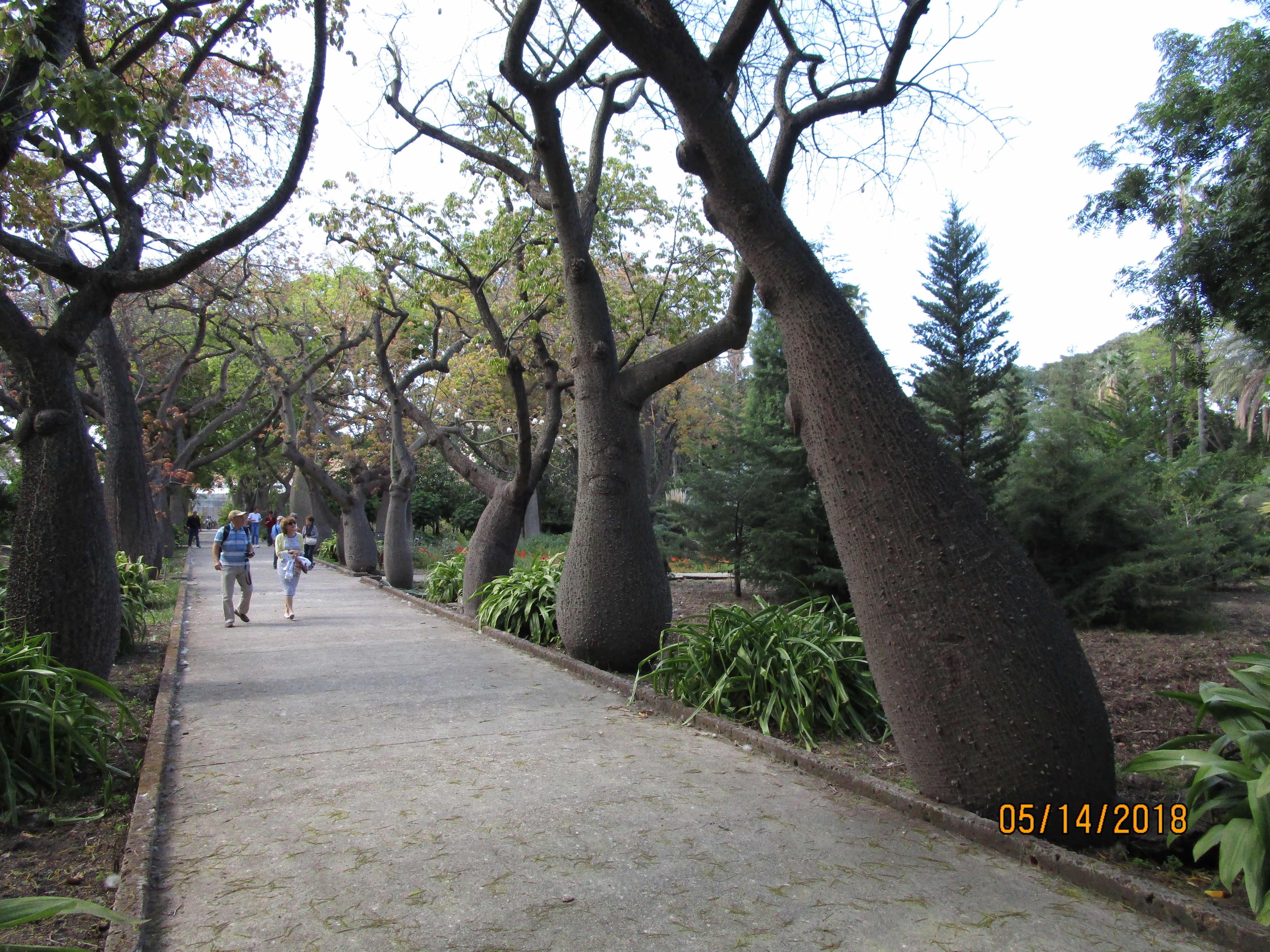 The botanical garden in Palermo was not anything special, but did have a reasonable variety of plants, including the above trees that reminded me of the African Baobao tree. 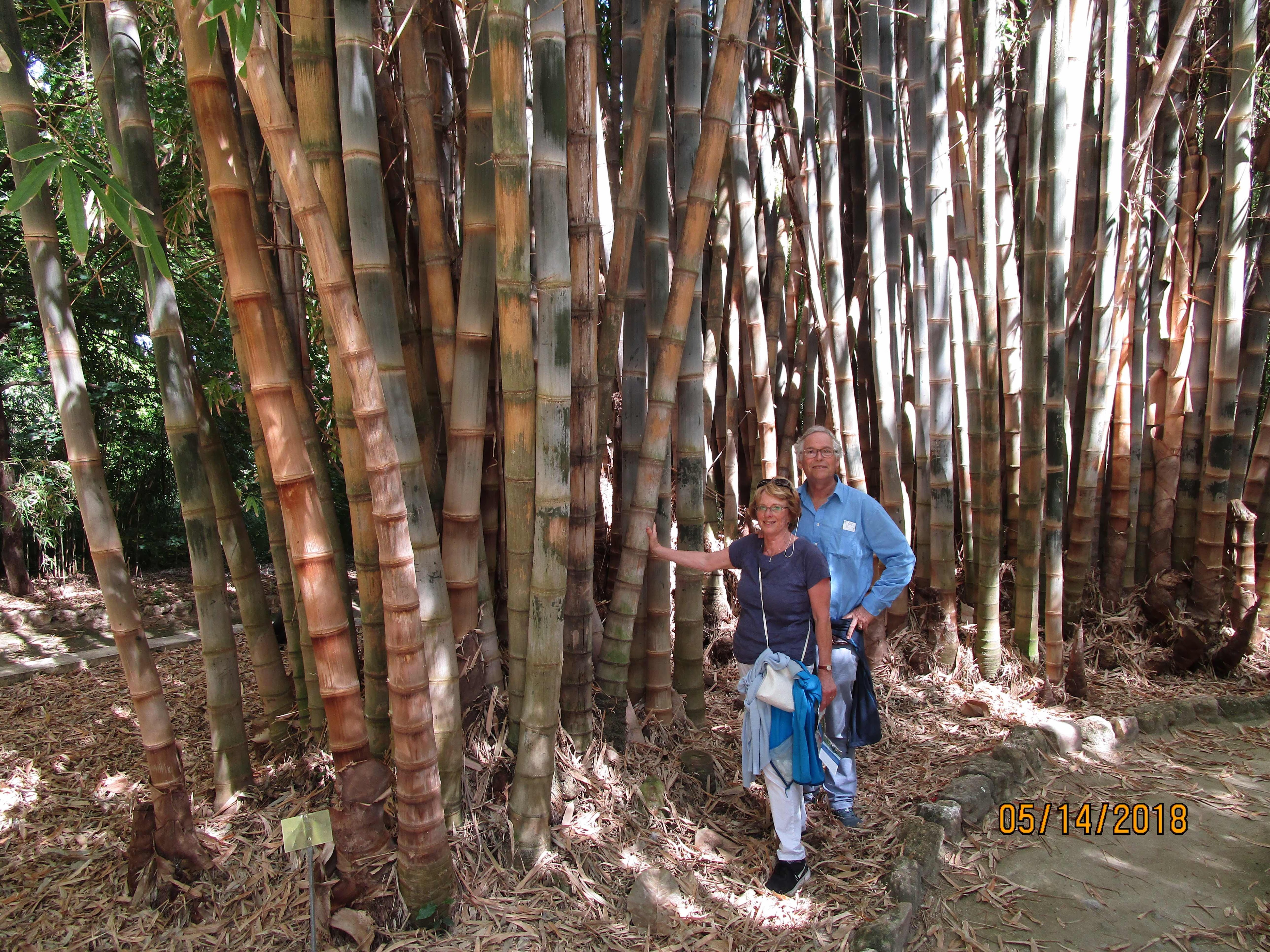 Maarten and Ineke by a grove of bamboo. 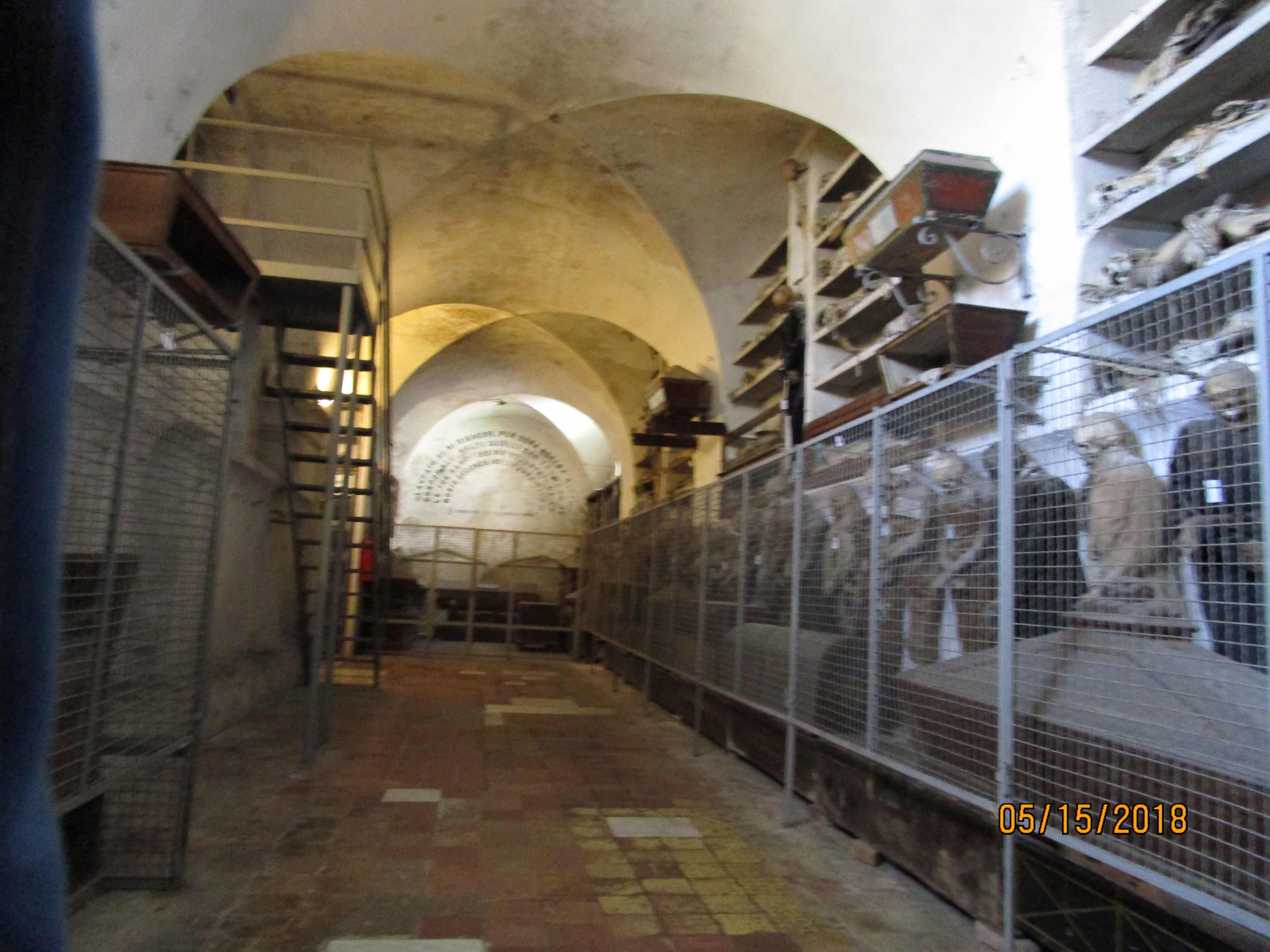 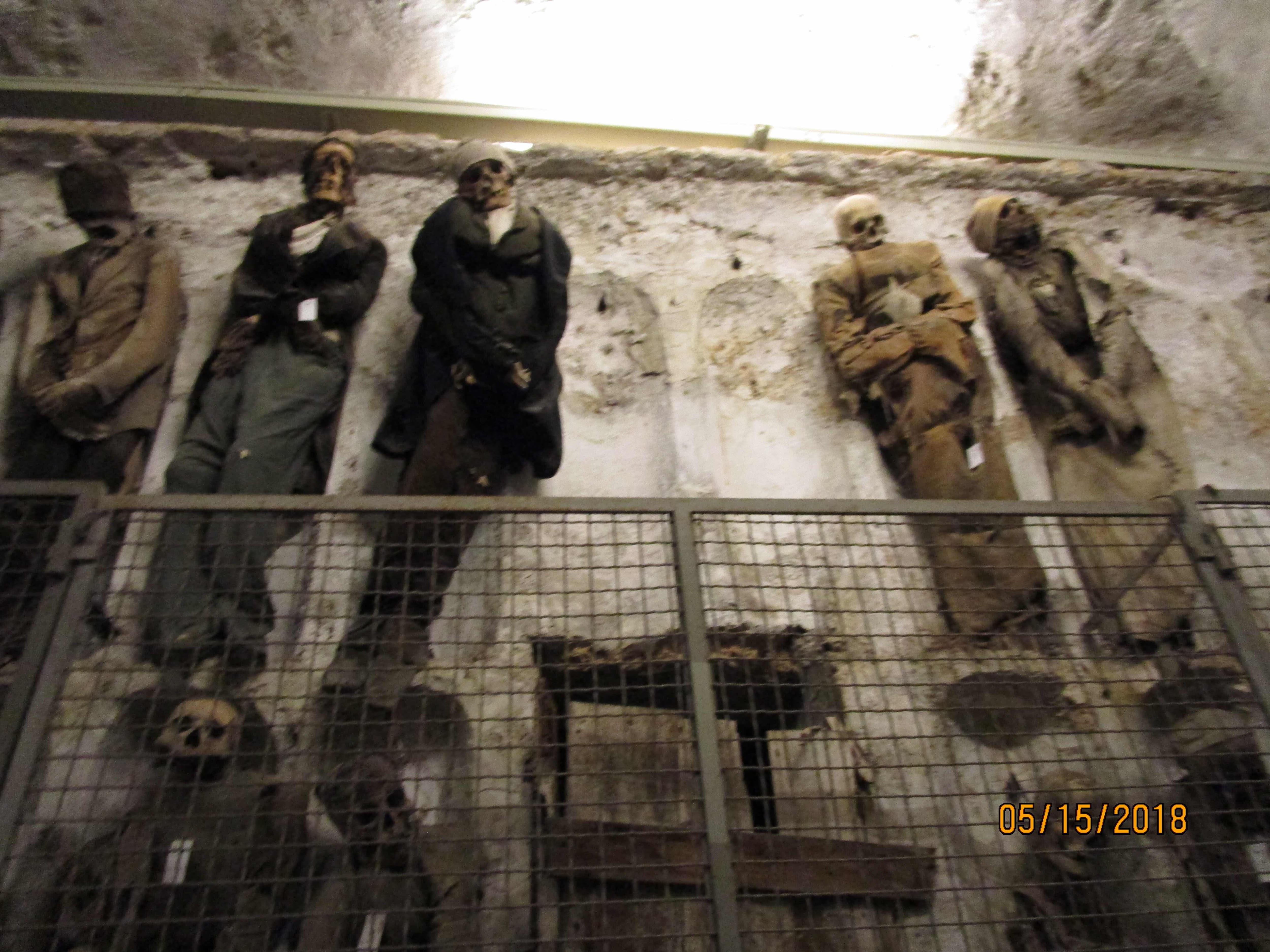 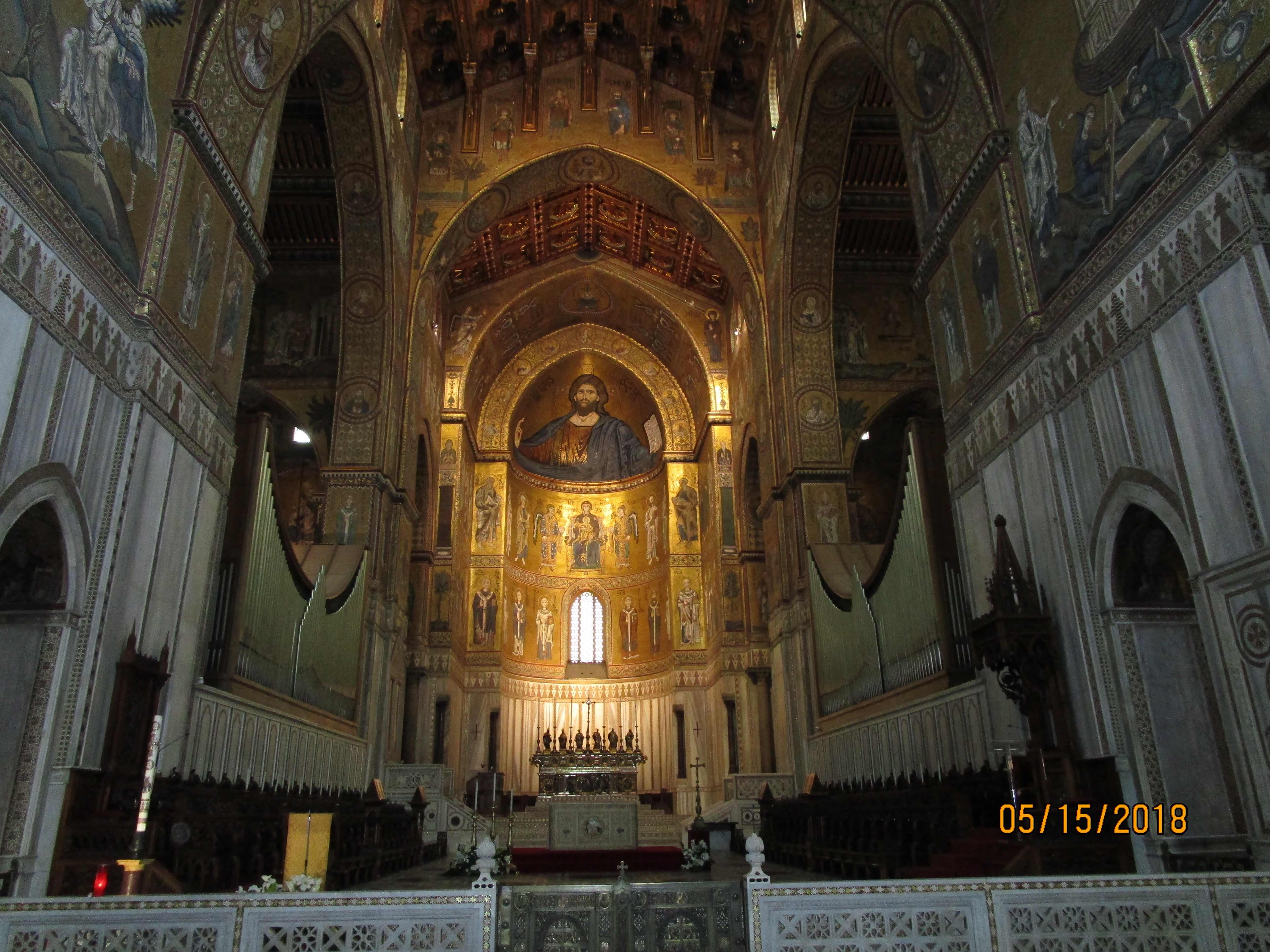 The cathedral of Monreal lies up the hills with a beautiful view of the city. 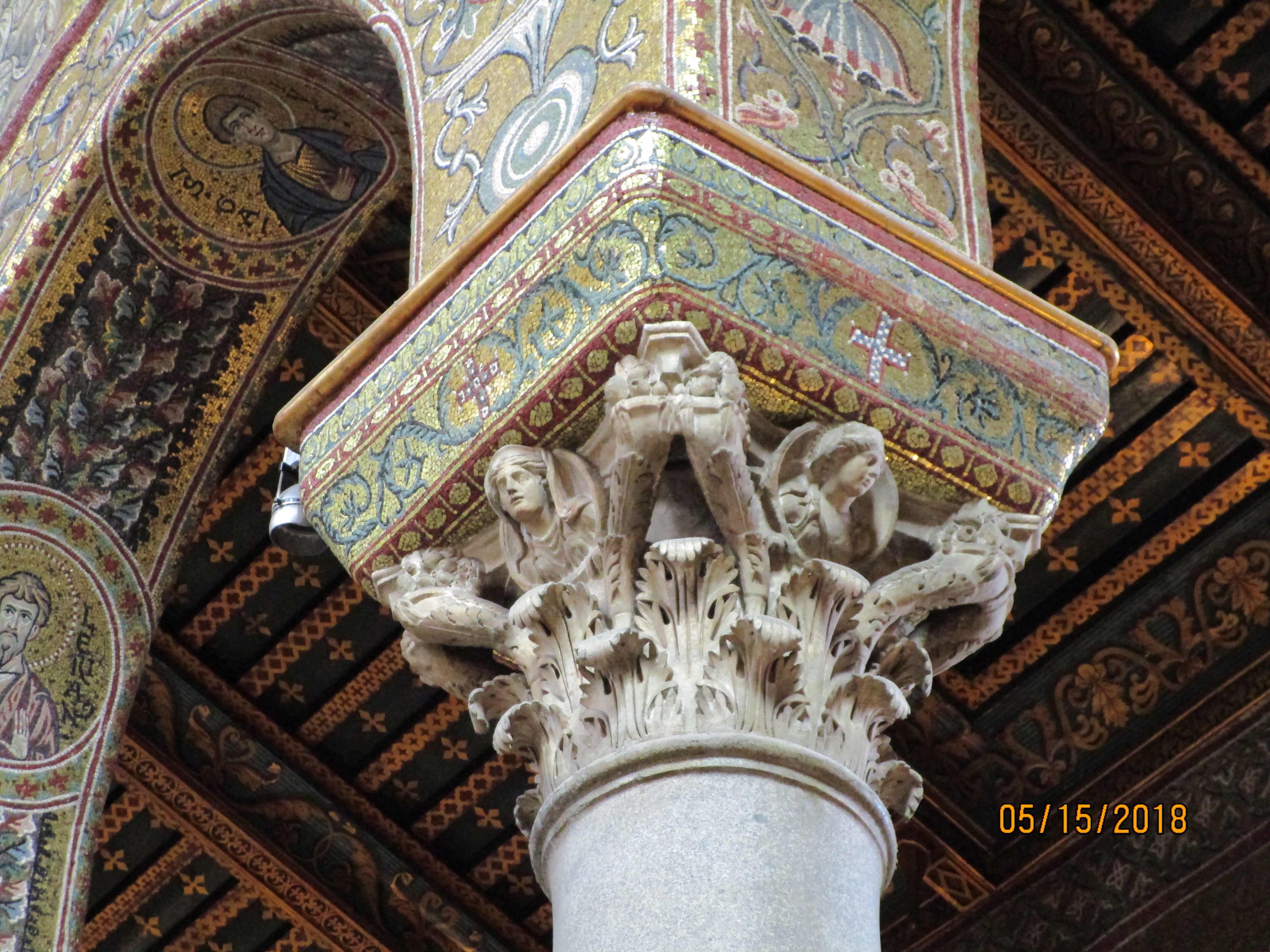 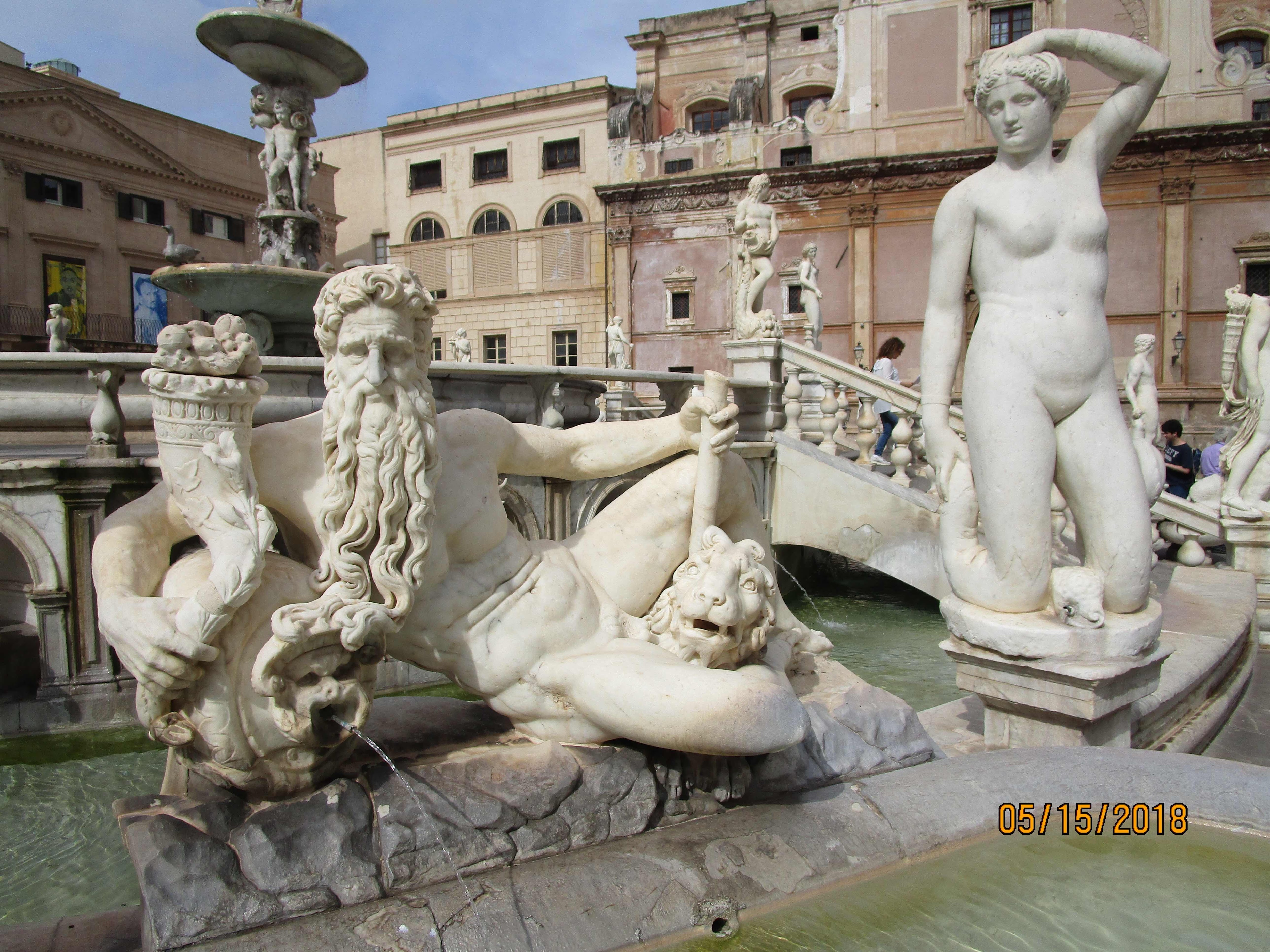 Piazza Pretoria is a circular, three tiered set of white figures surrounded by a fountain in the center of Palermo. Originally made for the Medici family home in the 1500’s, it was later moved to Palermo. At the time, the fact that the figures were nude made them quite a sensation. 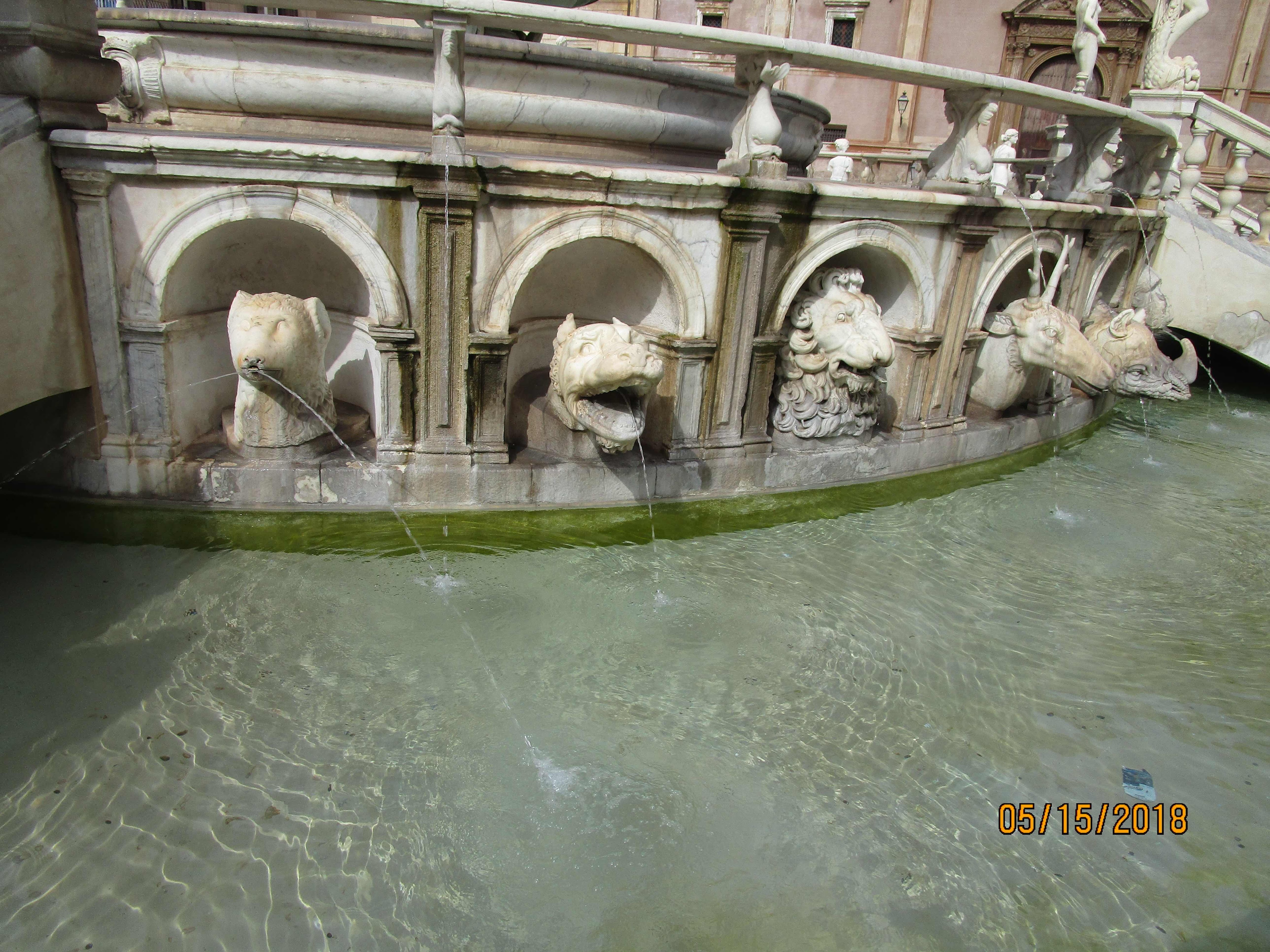 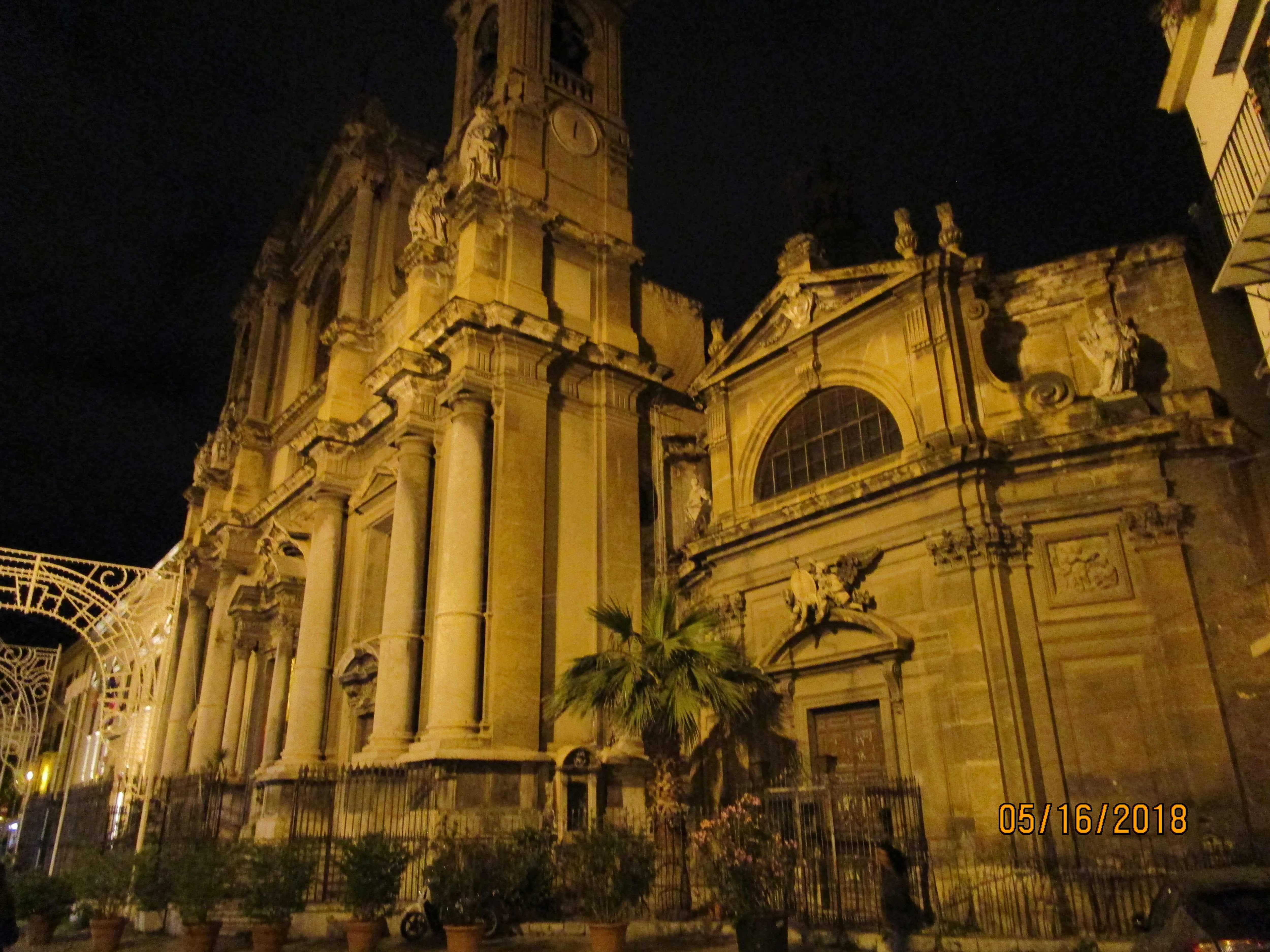 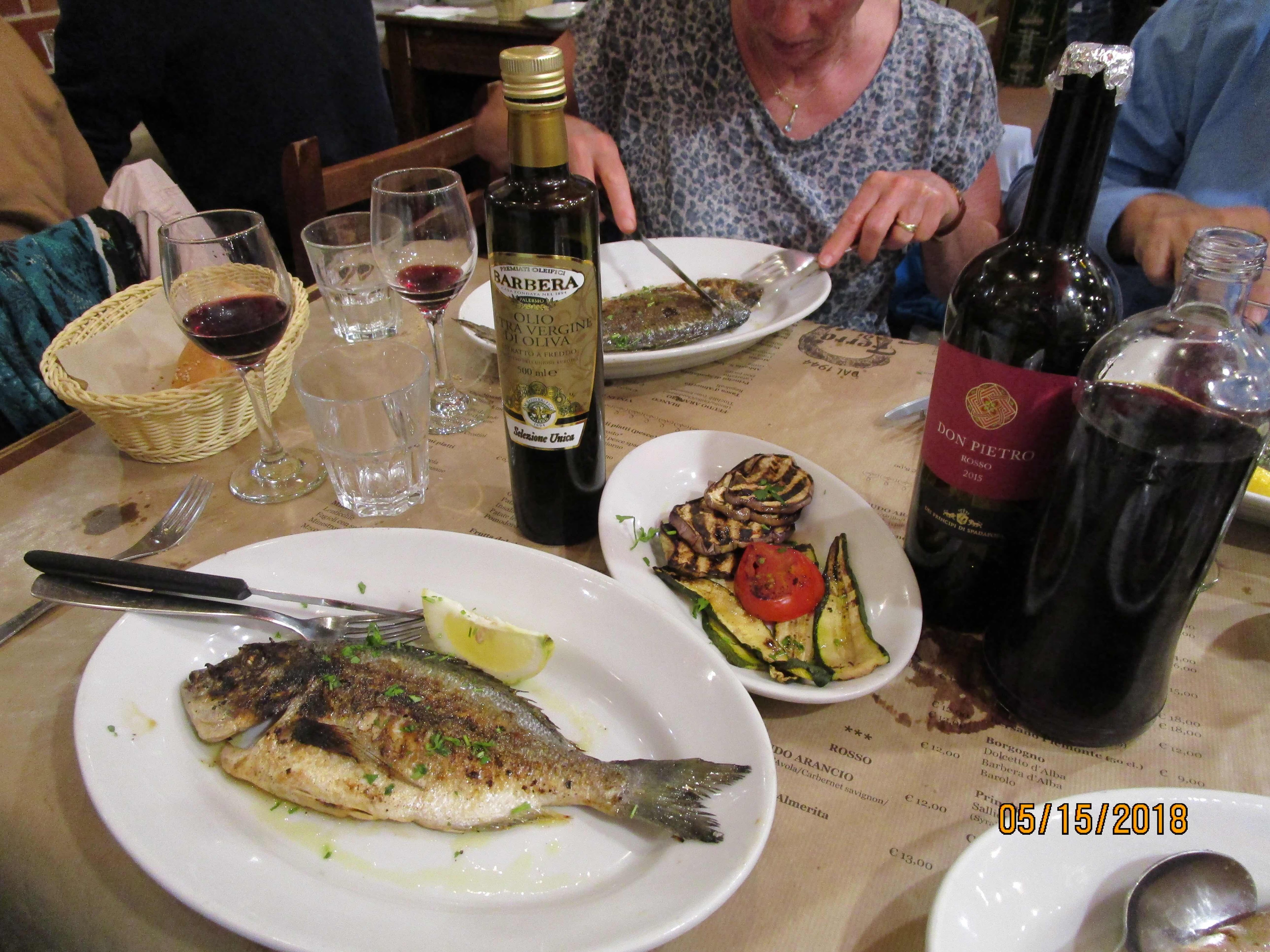 One of our more typical restaurant dinners - fish, vegetables and wine. One liter of the house wine (very drinkable) was 3 euros. 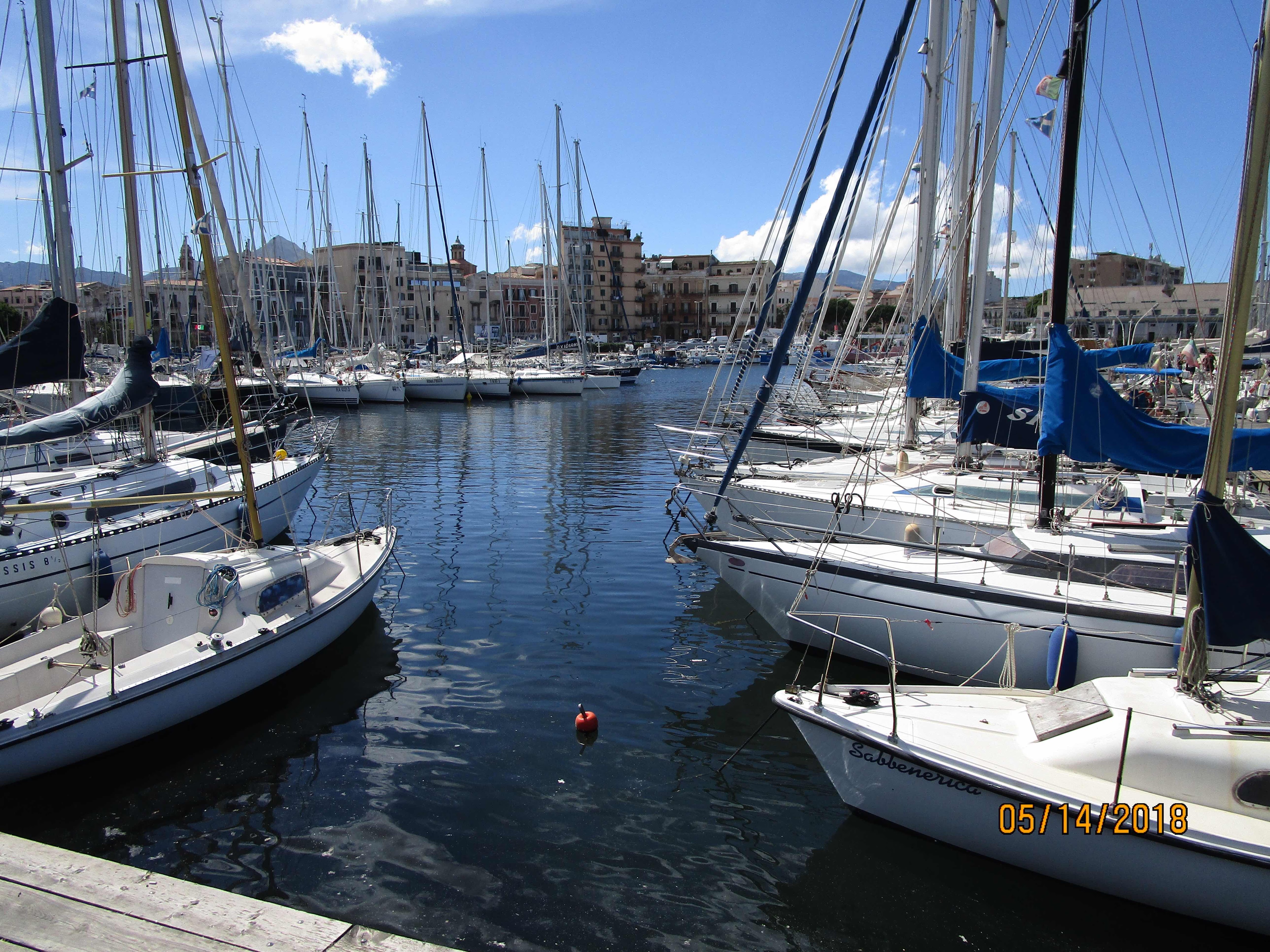 The harbor area has fishing boat on one end and a number of sailboats on the other. 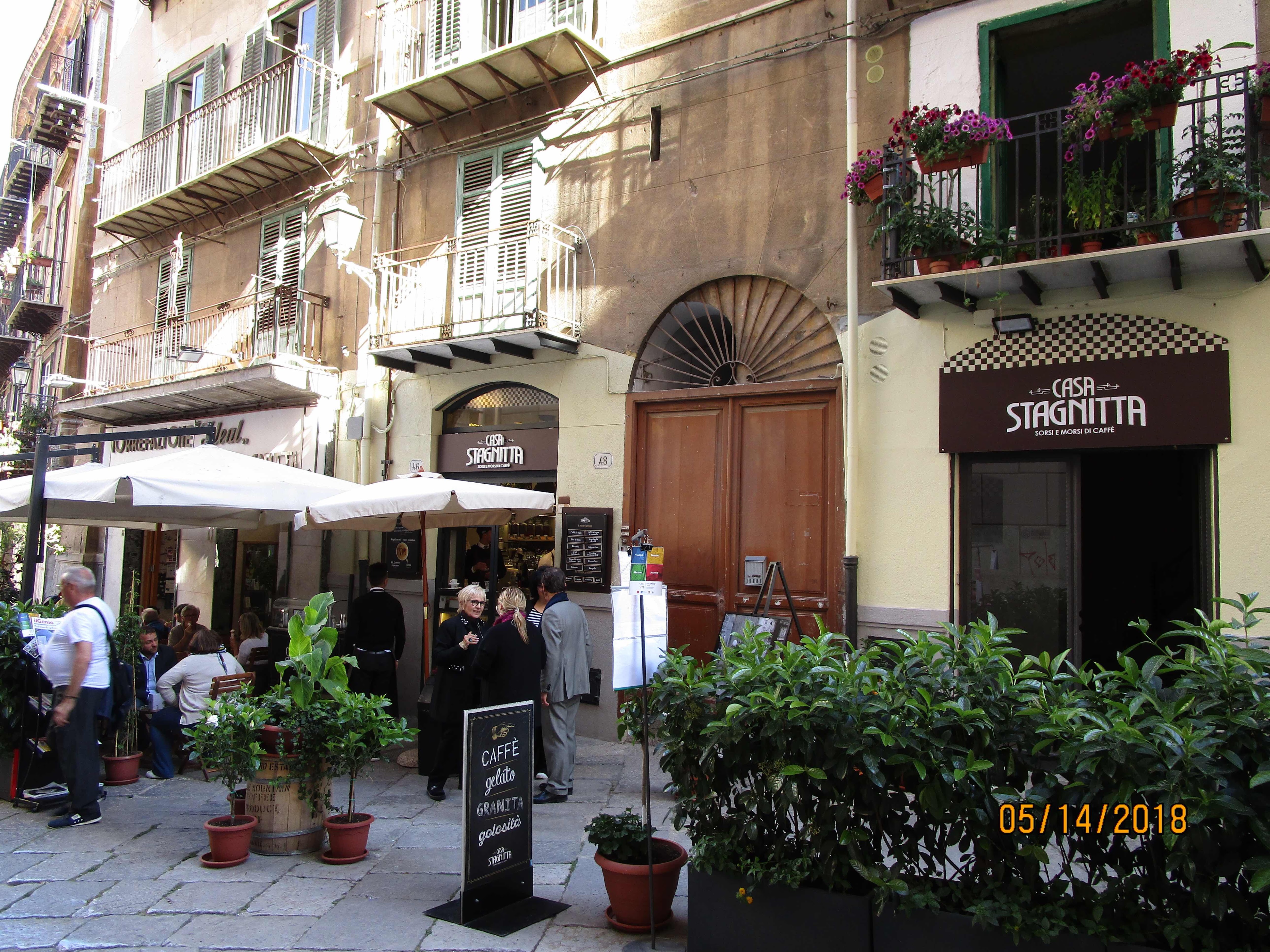 We all concurred that Casa Stagnitta, the preferred gelato place of our host, Vito, offered the best gelato we had experienced. Although Vito suggested the pistachio and hazelnut on a sweet bun, we found that too much. We opted for the combination in a cup. Molto Bene!

Posted by George at 7:09 AM No comments: