Sicily - Mount Etna
From Avola, we drove north to the city of Giarre. From there we worked our way up Mount Etna to the village of Sant’ Alfio. What was most remarkable to us was that Mount Etna was clearly displaying some of her enormous capacity to destroy her surroundings - there were ominous smoke trails coming from the volcano’s crater. At over 10,000 feet high, Mount Etna is one of the largest and most active volcanos in the world.
As we drove the windy and narrow road up the mountain, we finally reached the village of Sant’ Alfio. We met Antonio, our host’s caretaker, at a cafe in the village across from the church. After brief introductions, Antonio led the way to the villa where we would be staying for a week. 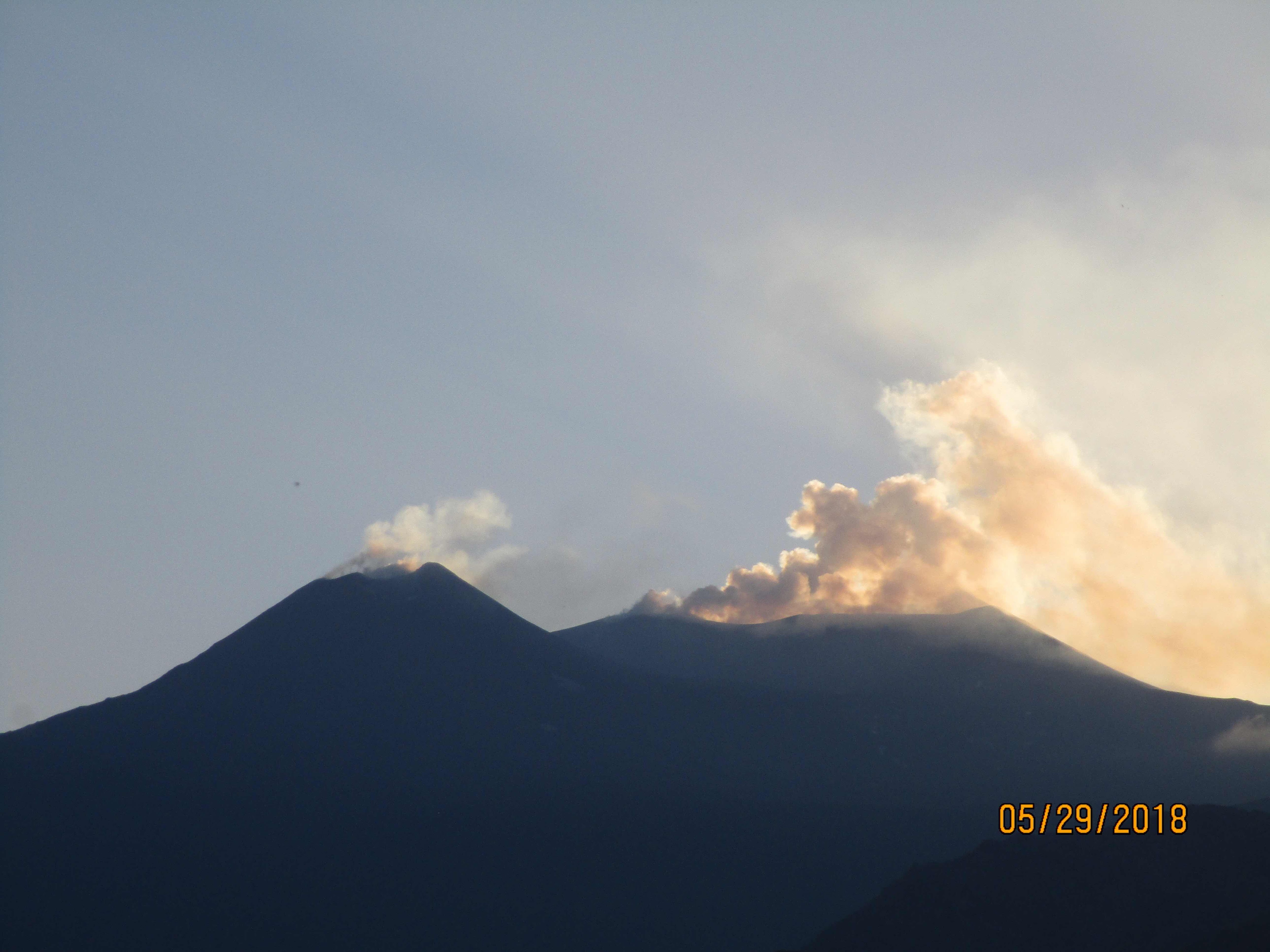 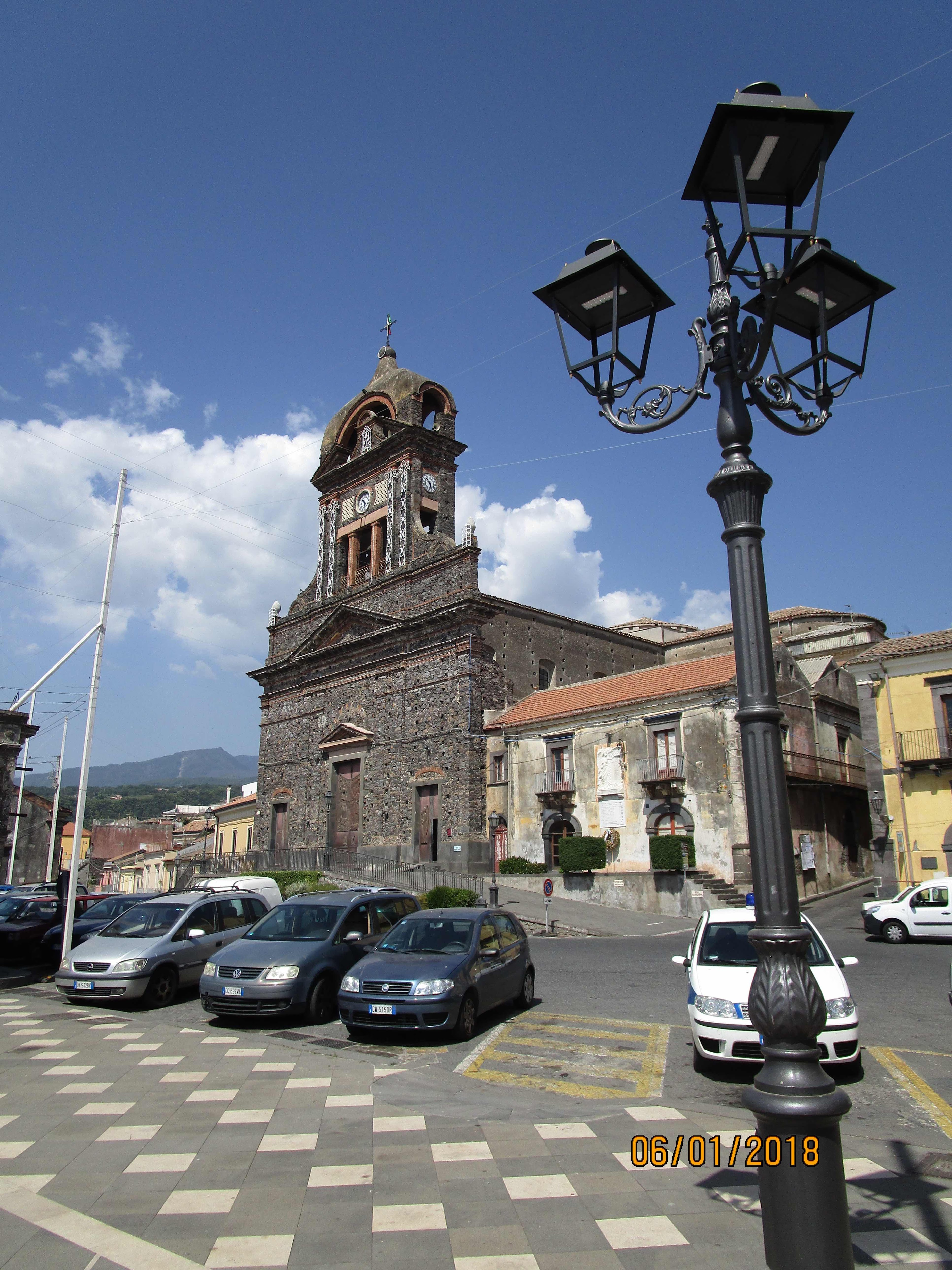 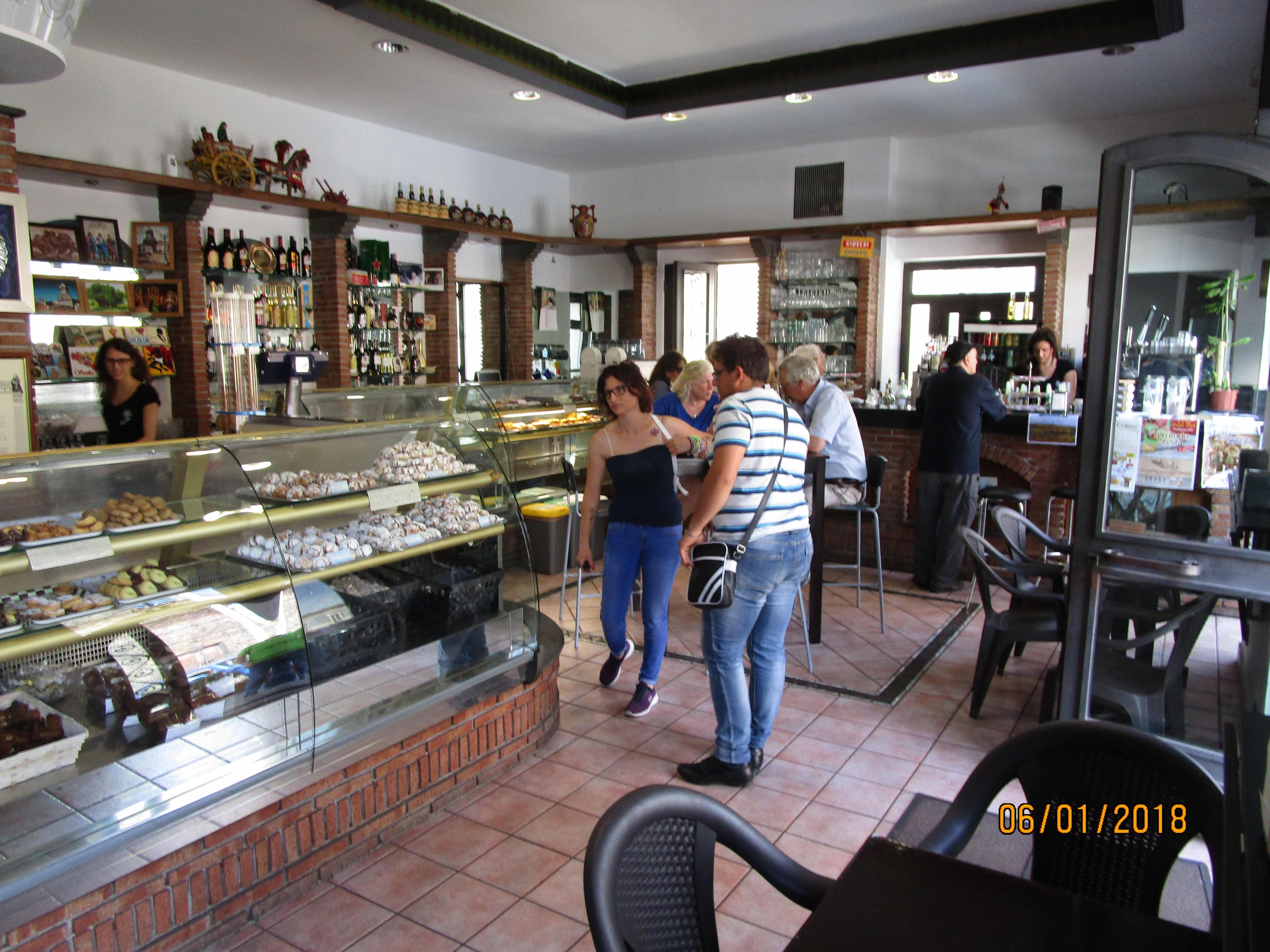 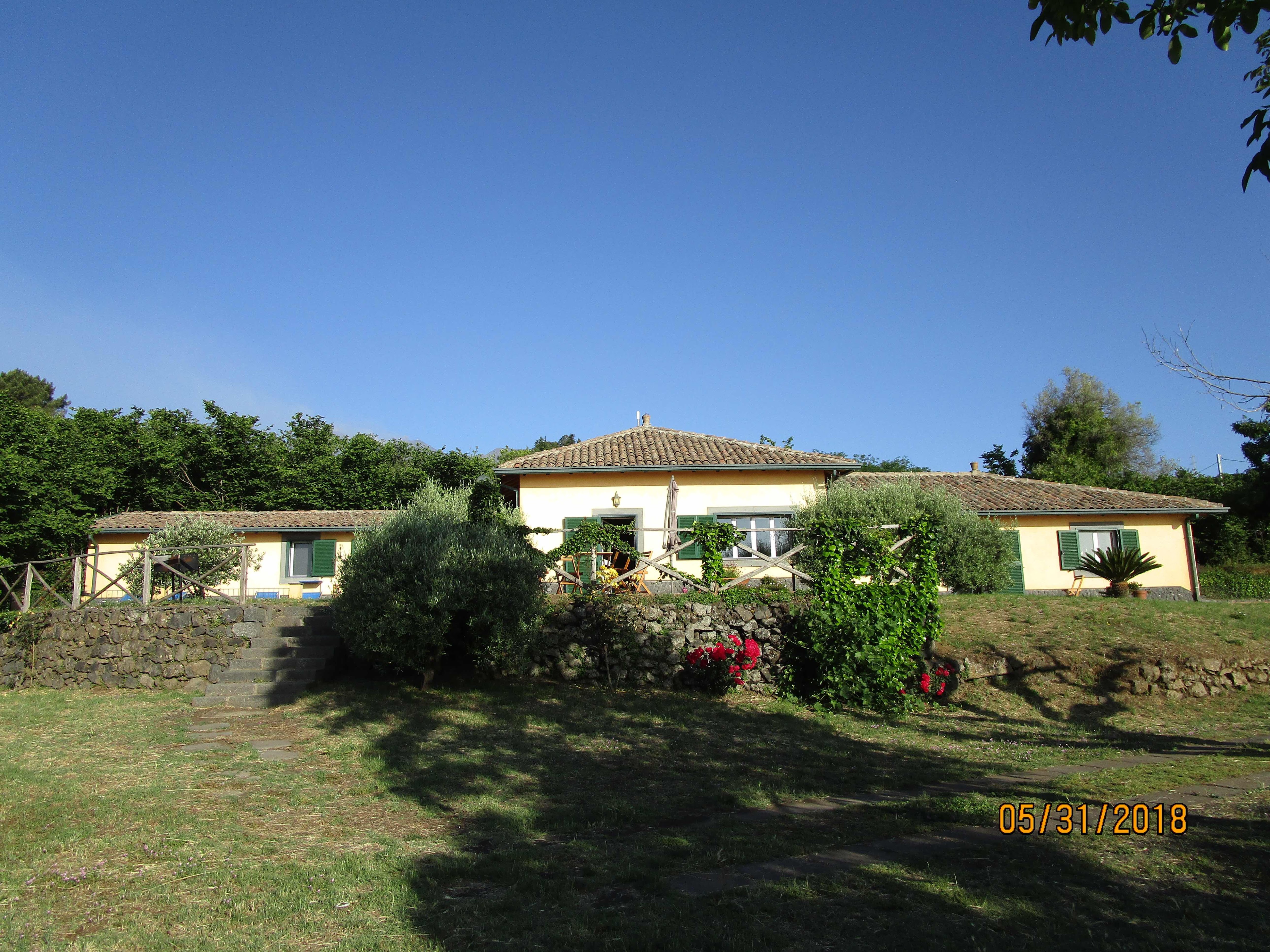 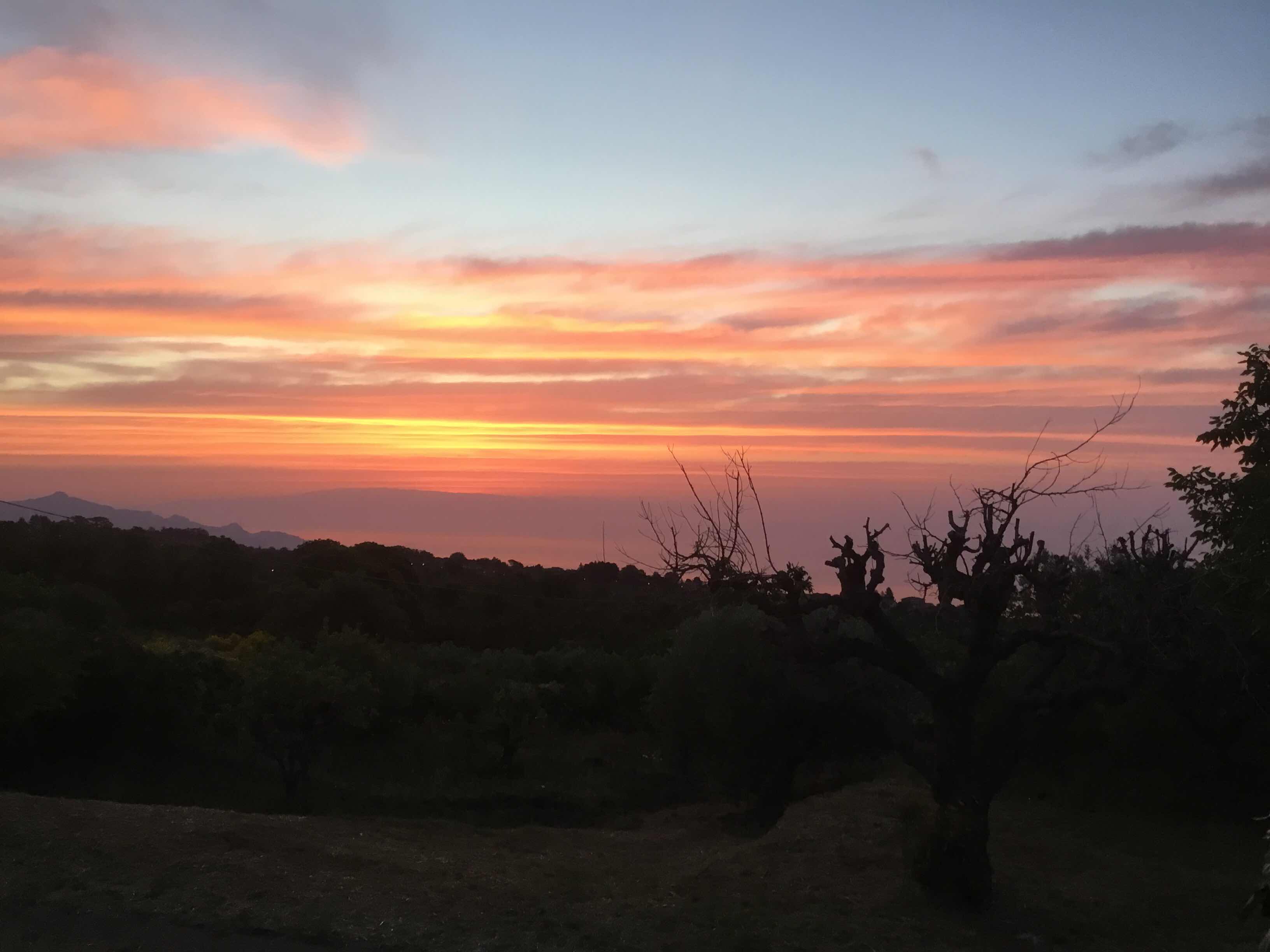 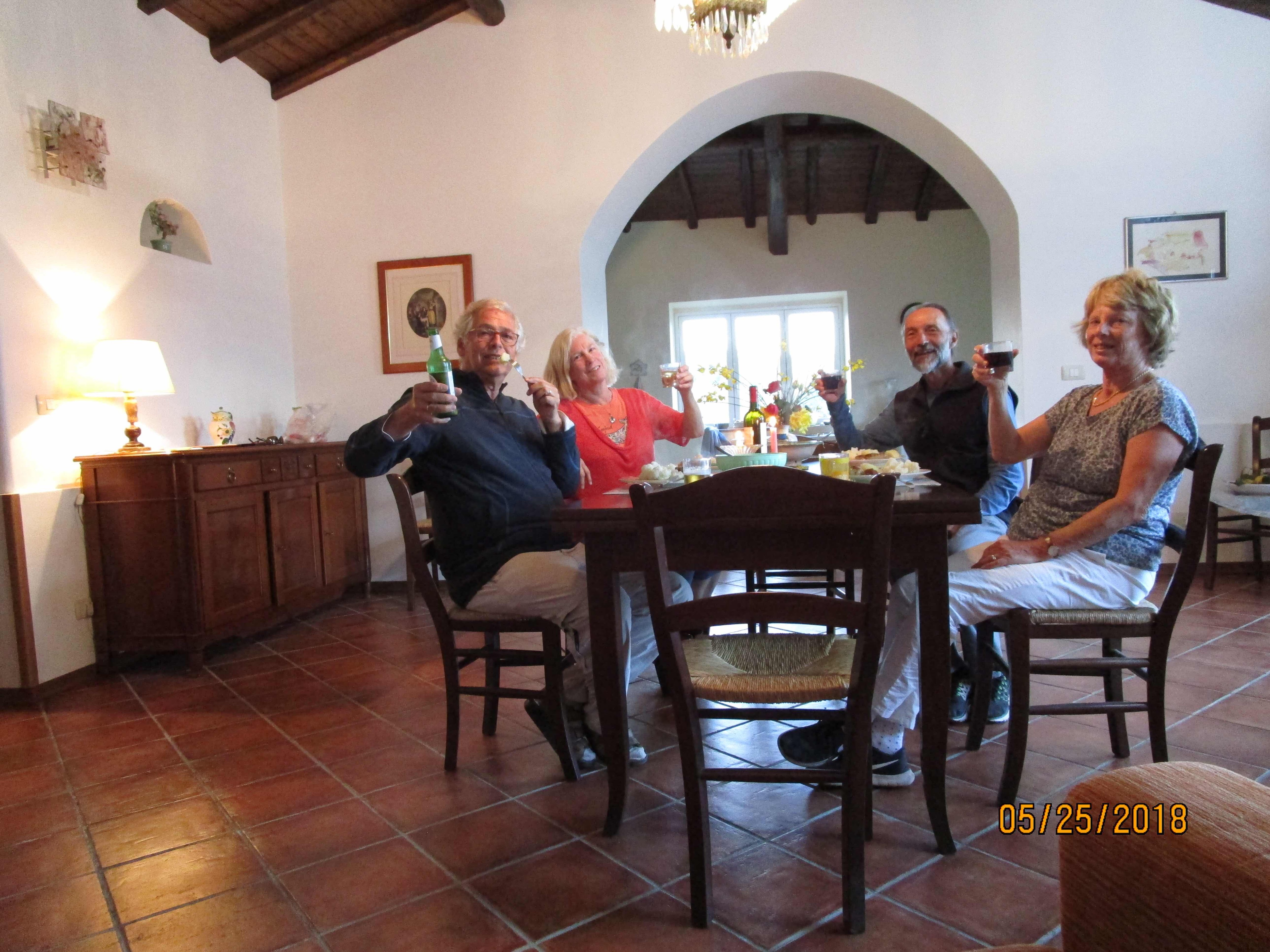 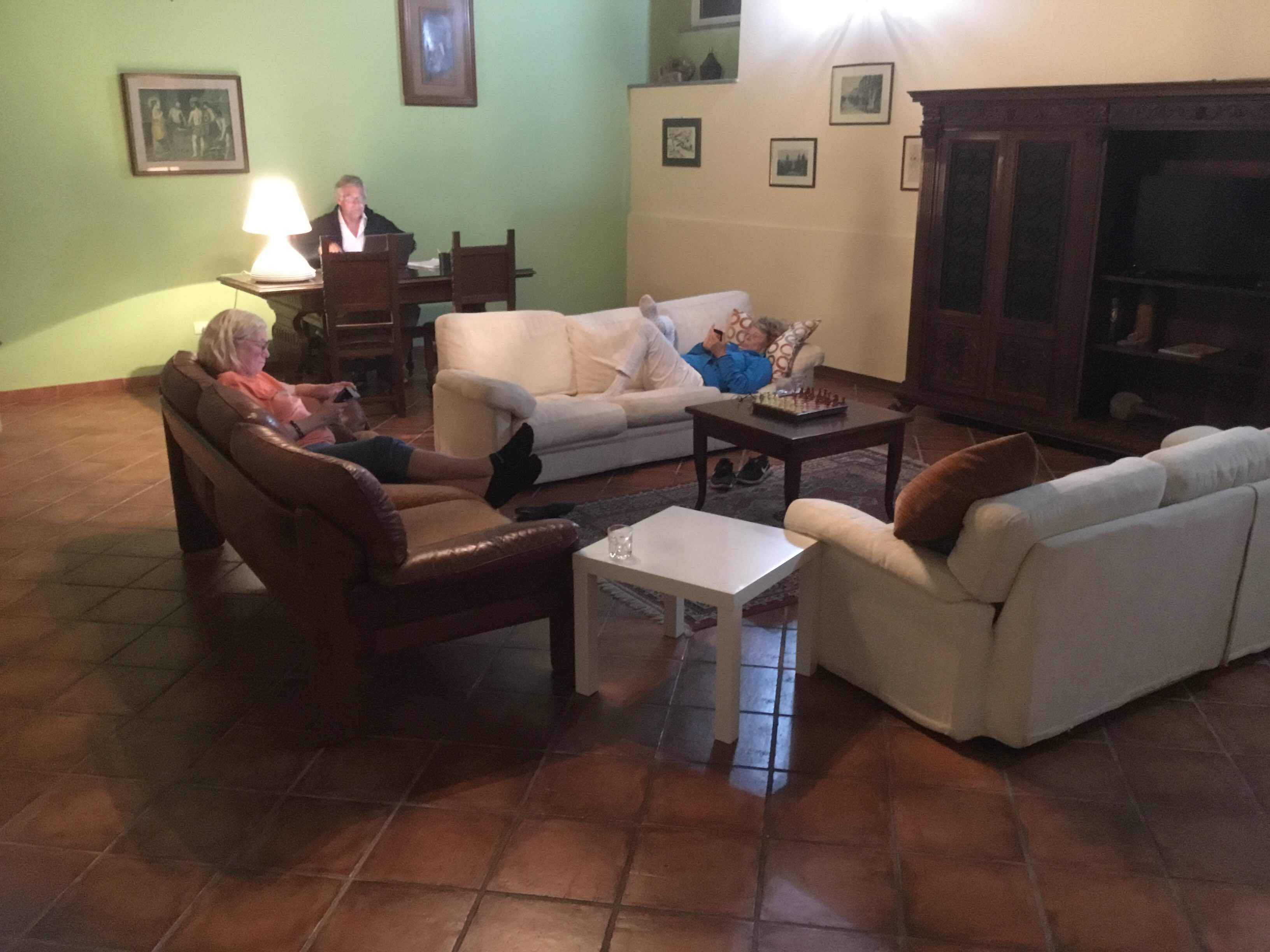 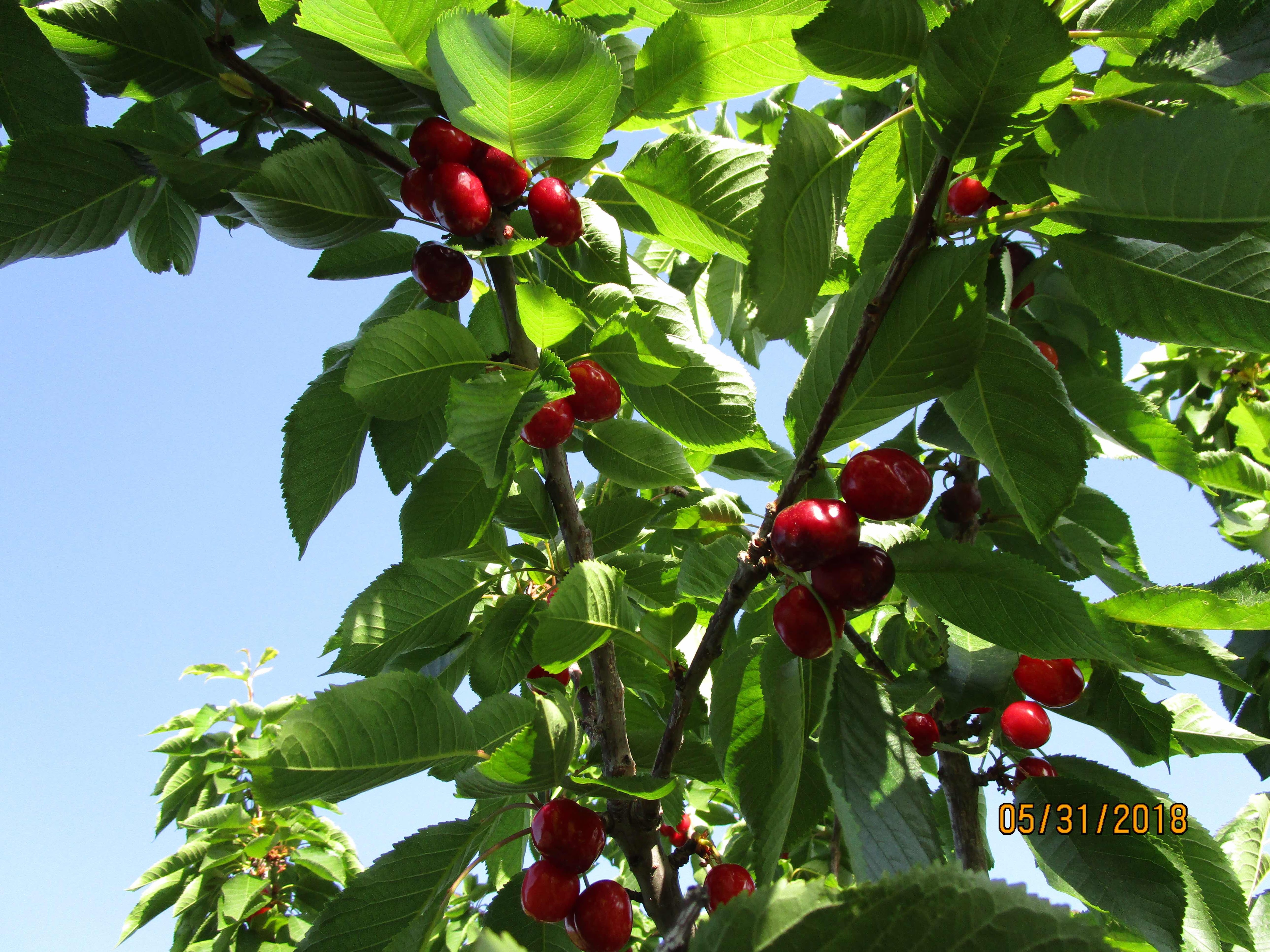 The villa was nice and spacious but not fancy. It had a small pool, a grand view of the Ionian Sea and a peek of Mount Etna. The estate was loaded with fruit trees including a number of cherry trees with lots of ripe cherries to pick and eat.
We enjoyed the surroundings of our villa and of the nearby village of Sant’ Alfio. Probably our favorite tour from Sant’ Alfio was to the ancient hilltop city of Taormina. Situated majestically above the Ionian Sea, Taormina is one of those special places in the world one feels fortunate to have the opportunity to visit.
The most prominent place in Taormina is the ancient Greek-Roman amphitheater (Teatro Antico di Taormina). With dramatic views of the sea below and of the surrounding area, the amphitheater is the second largest in Sicily. It was built around 300 B.C. 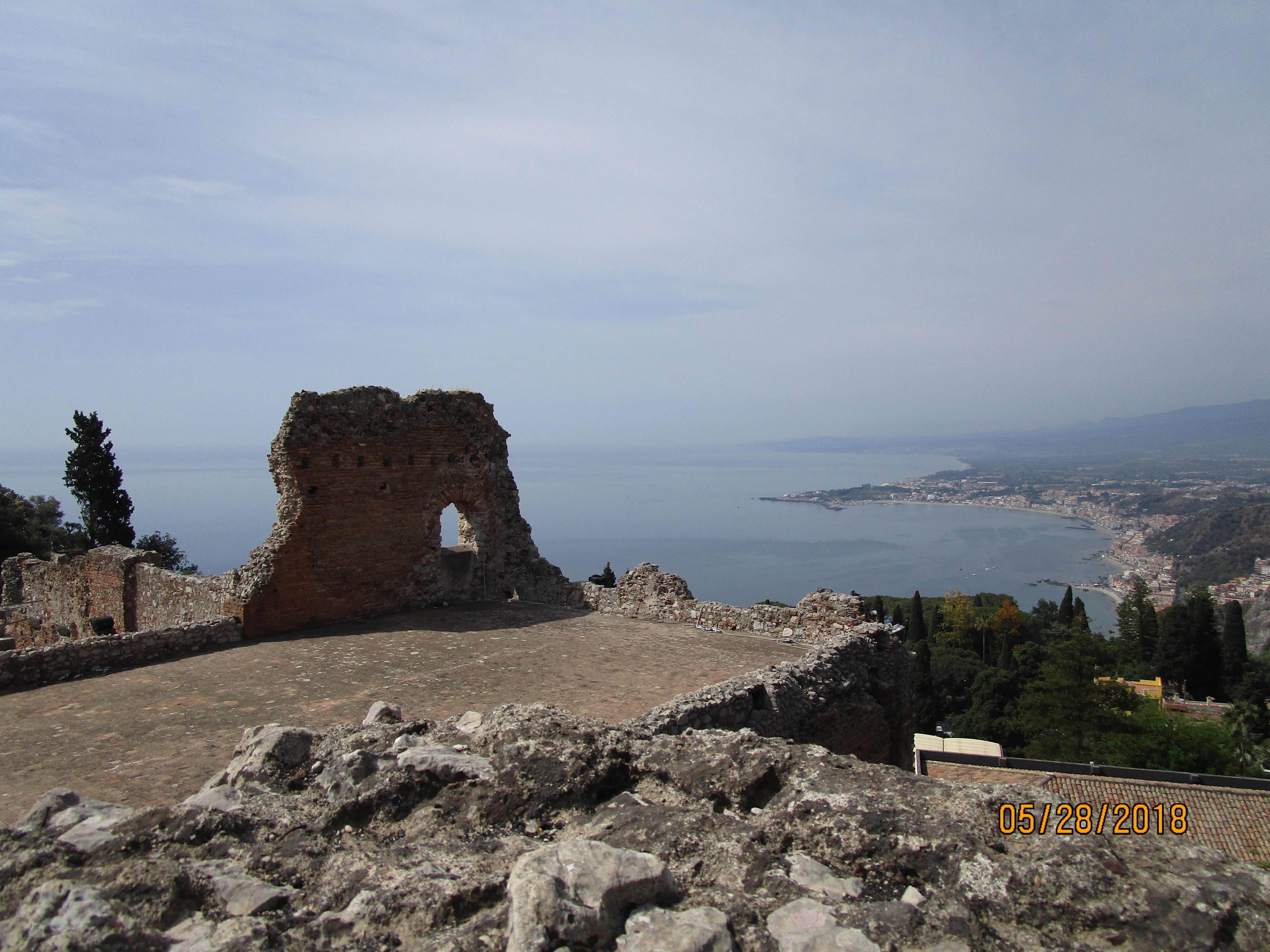 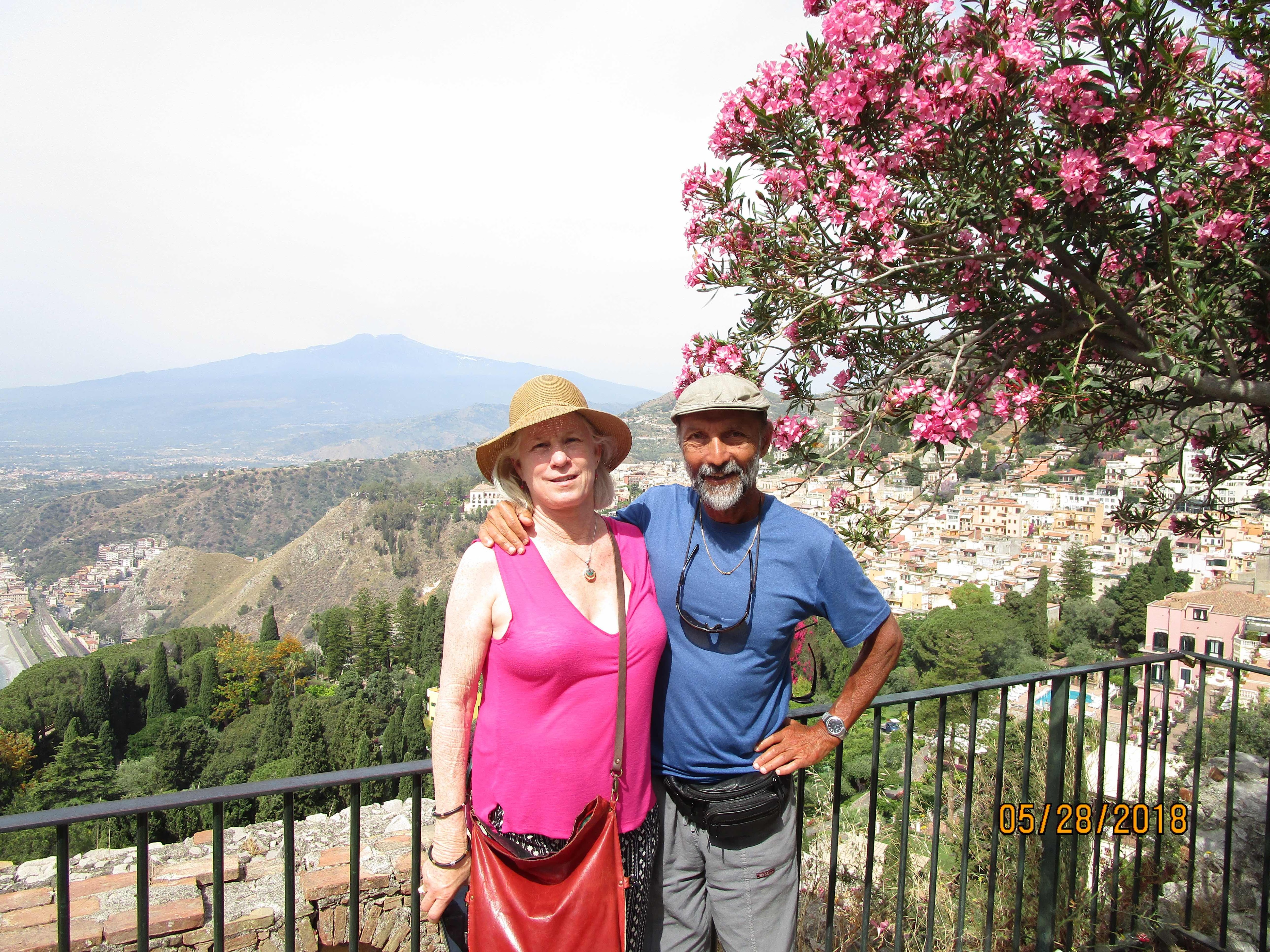 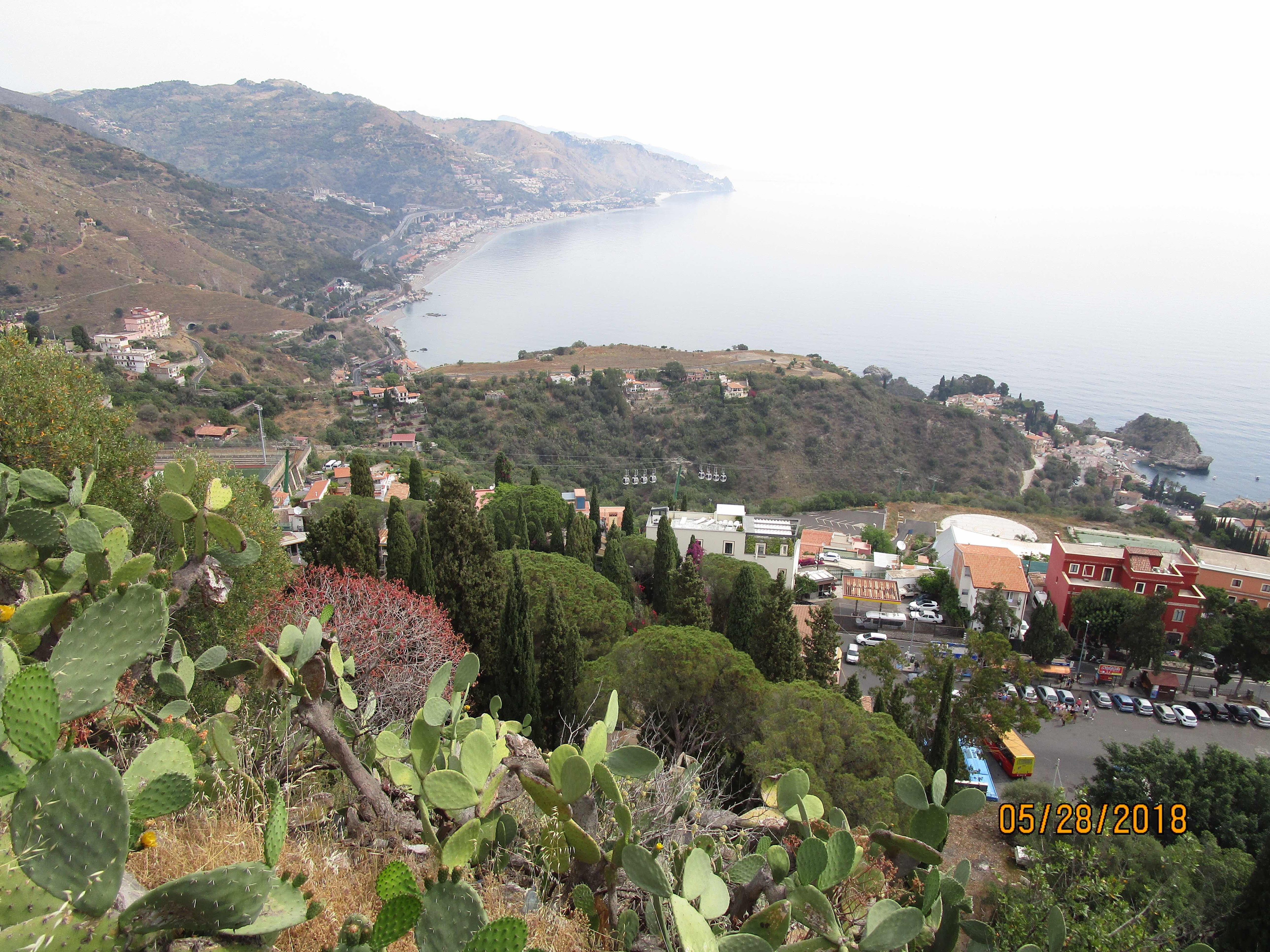 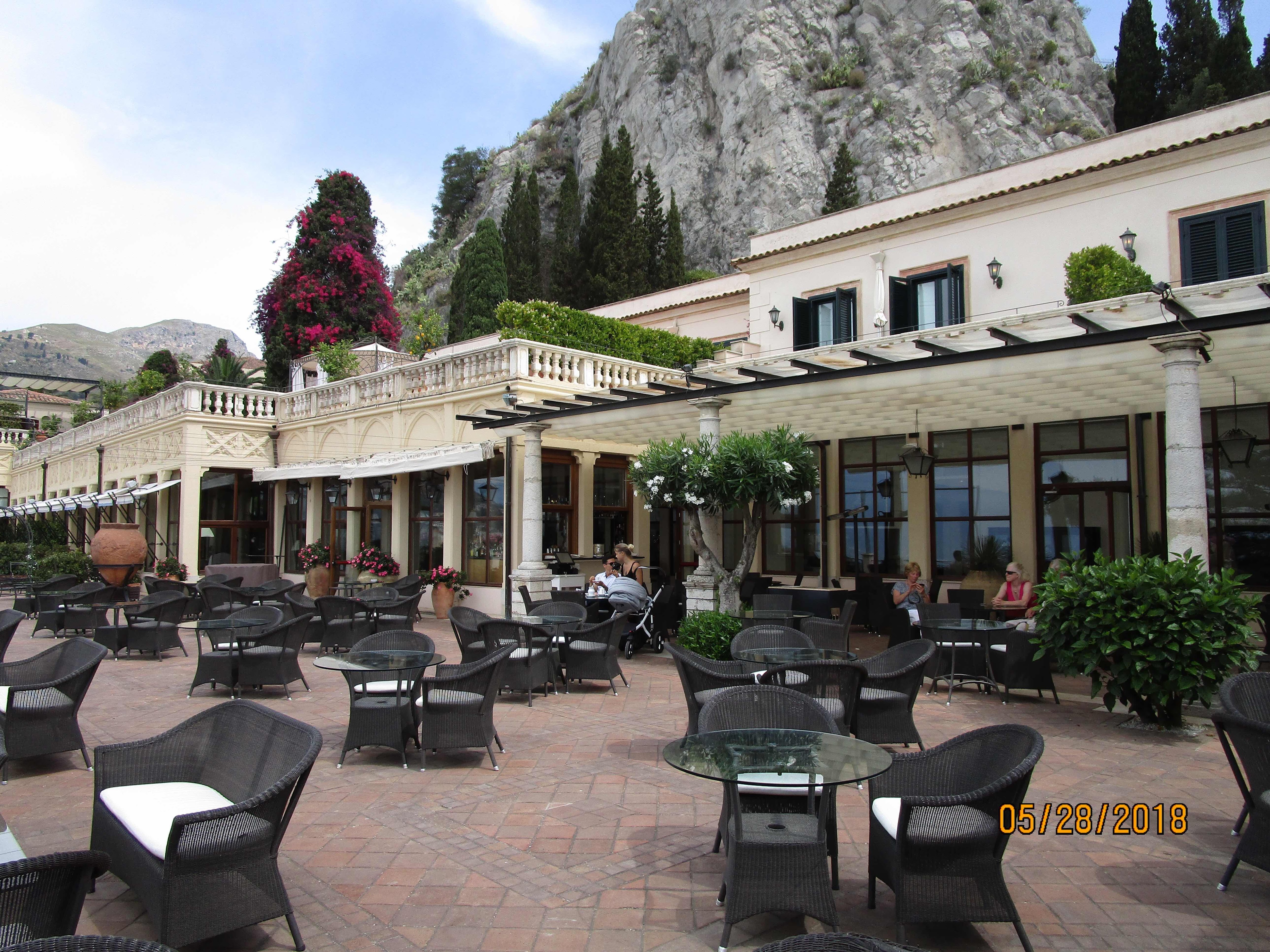 We splurged for coffee at the Grand Hotel, just below the amphitheater. The service was good, the views were superb but the coffee tasted more like an instant coffee - the O-N-L-Y time in Italy that the coffee was not superb. Although not cheap, I’d still recommend it for the experience alone. 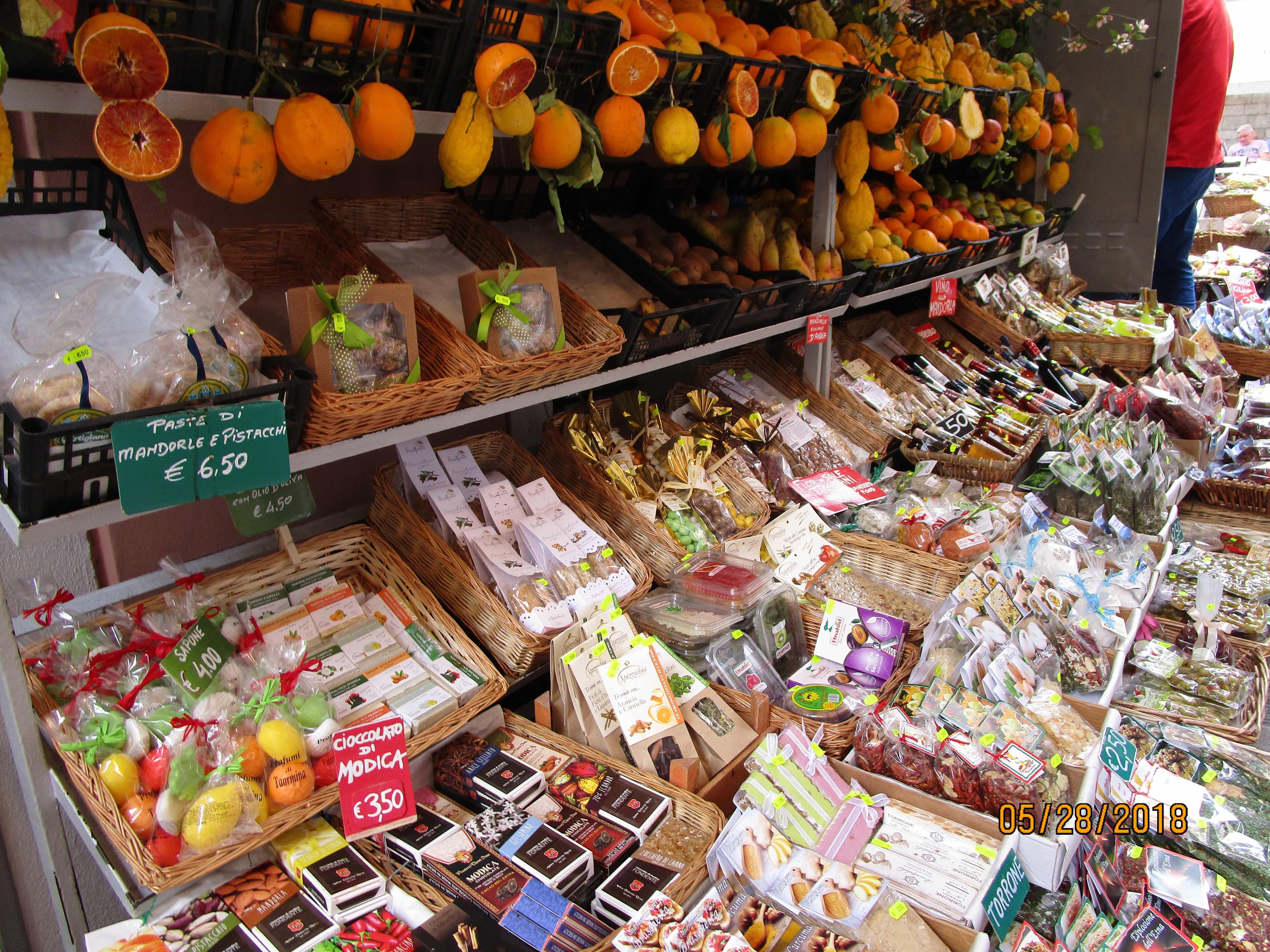 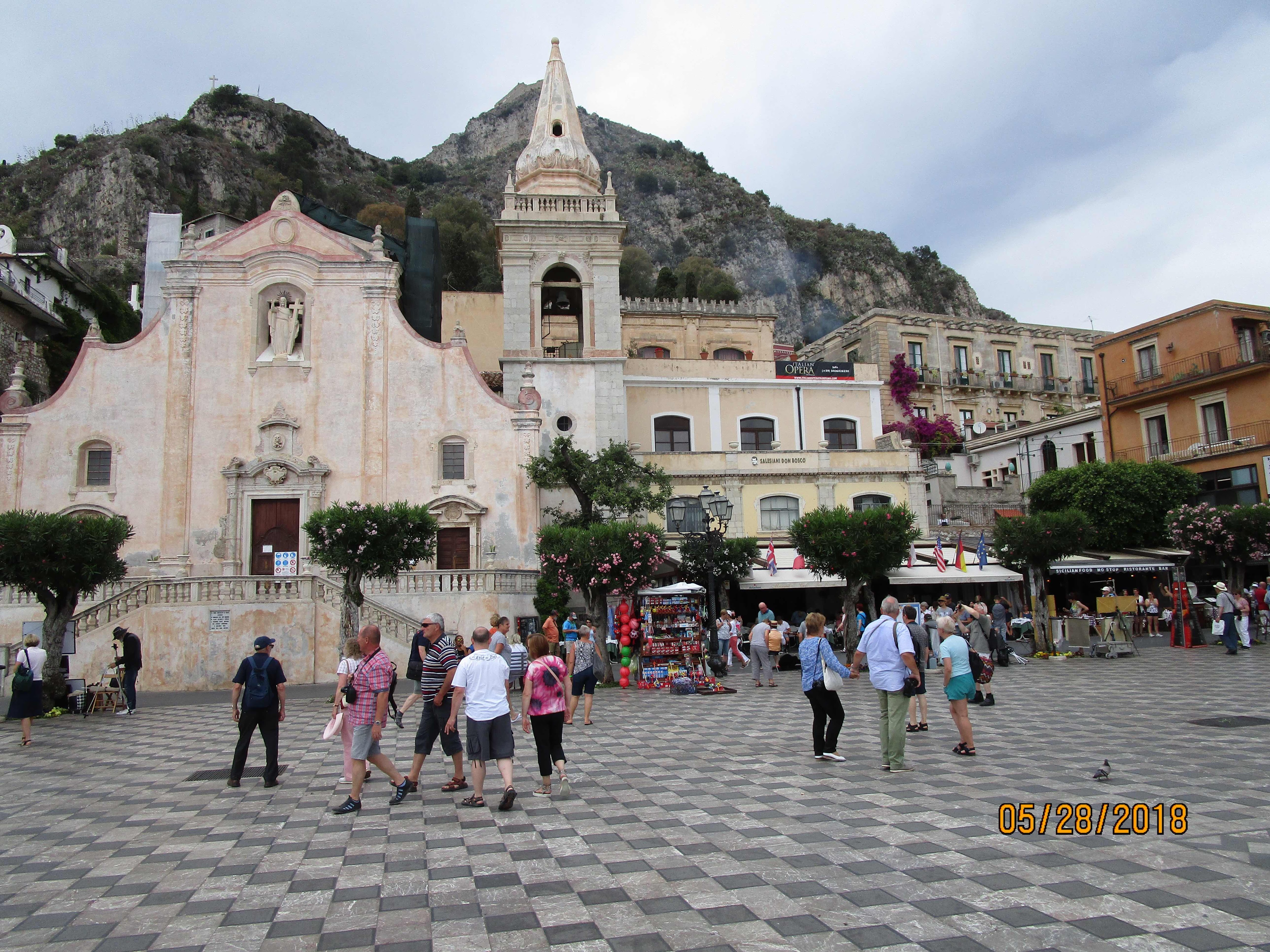 Colorful small markets and beautiful piazzas. From where the above photo was taken, if you were to turn around you’d see the water. 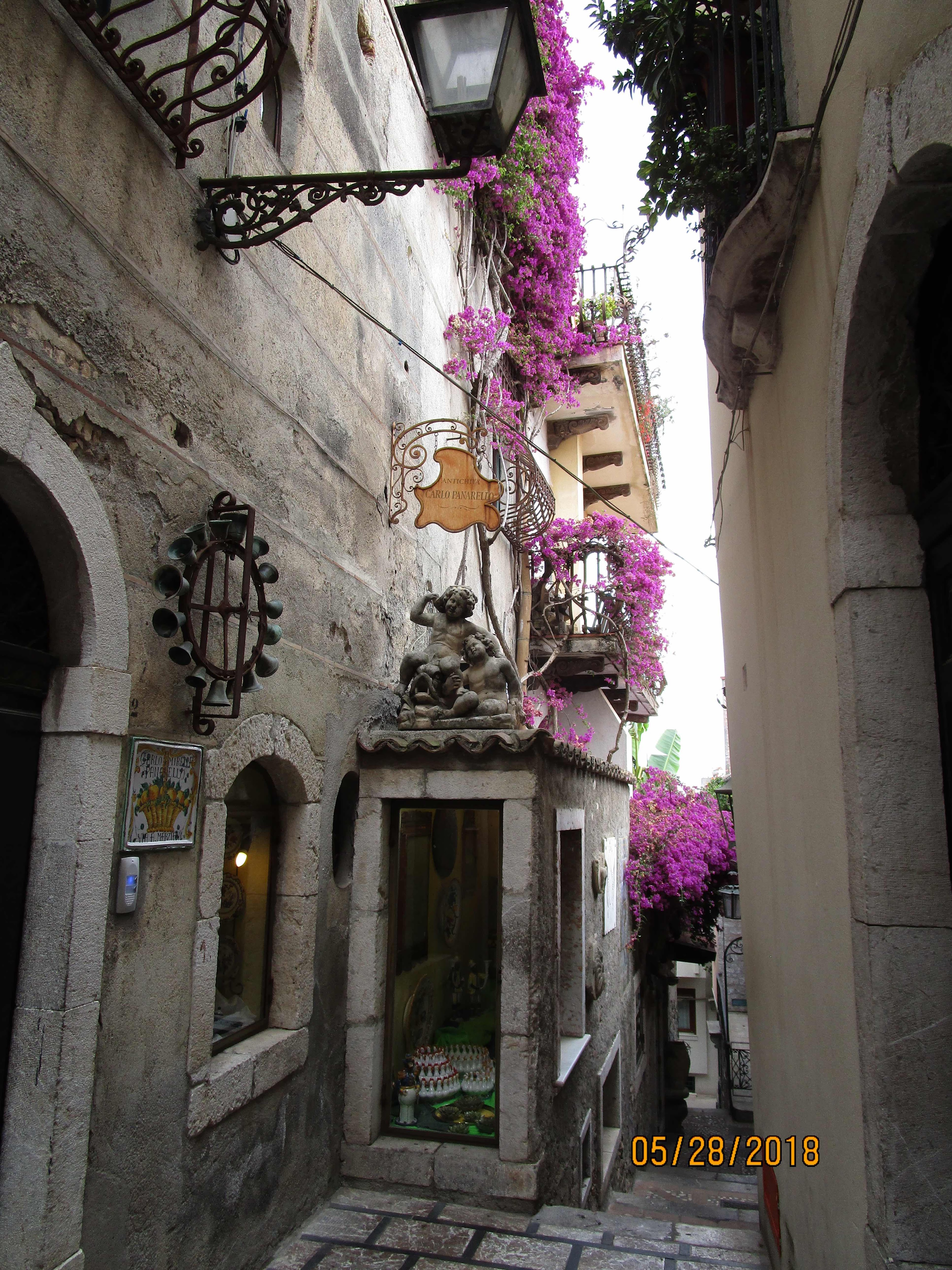 One of the many narrow passage ways that was calling to my camera’s lense. It was difficult to pick which one to use for the blog. I took many of these types of shots. 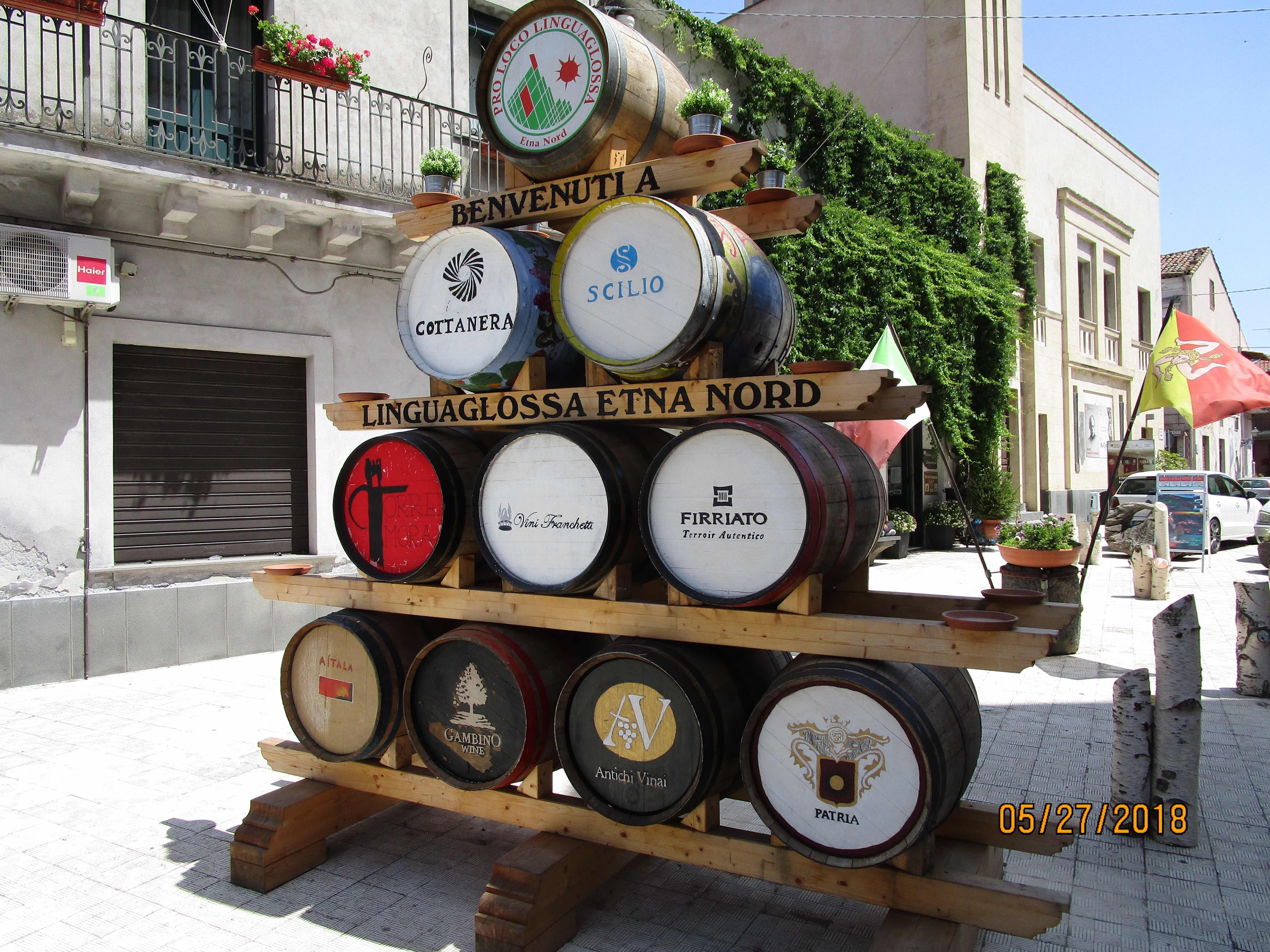 With numerous wineries in the Mount Etna area, we did partake in a little wine tasting. The one drawback we found was that most wineries require appointments and often charge a hefty fee because they also want to feed you lunch. We found one winery, Scilio, that was less formal. 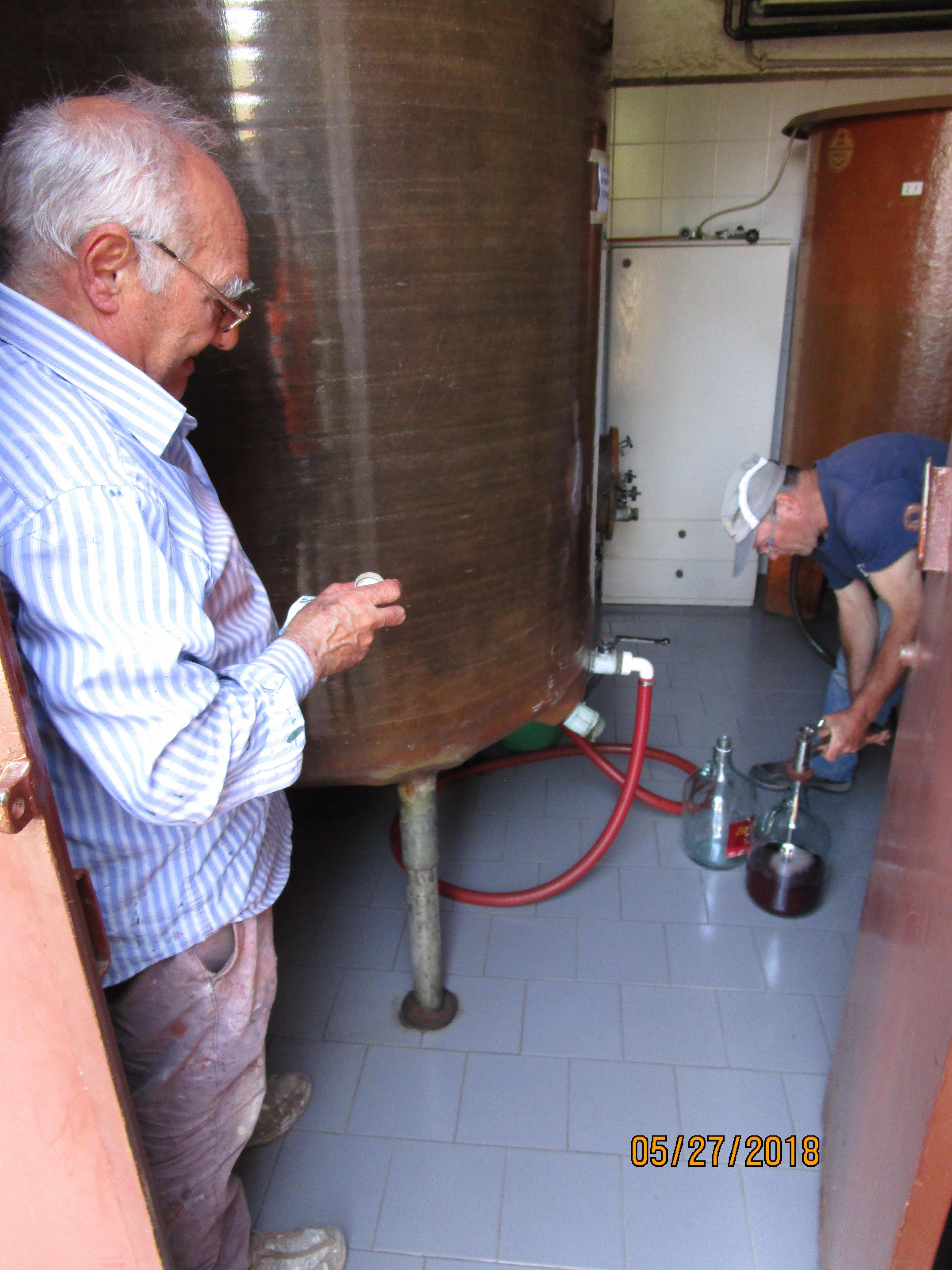 In fact, you could just bring your own bottles and they’d fill them for a few euros. The winemaker gave us a one liter plastic water bottle filled with the table wine for three euros. His other wines were more expensive but were of good quality. Needless to say, we came away from the adventure with a treasure trove of wine. 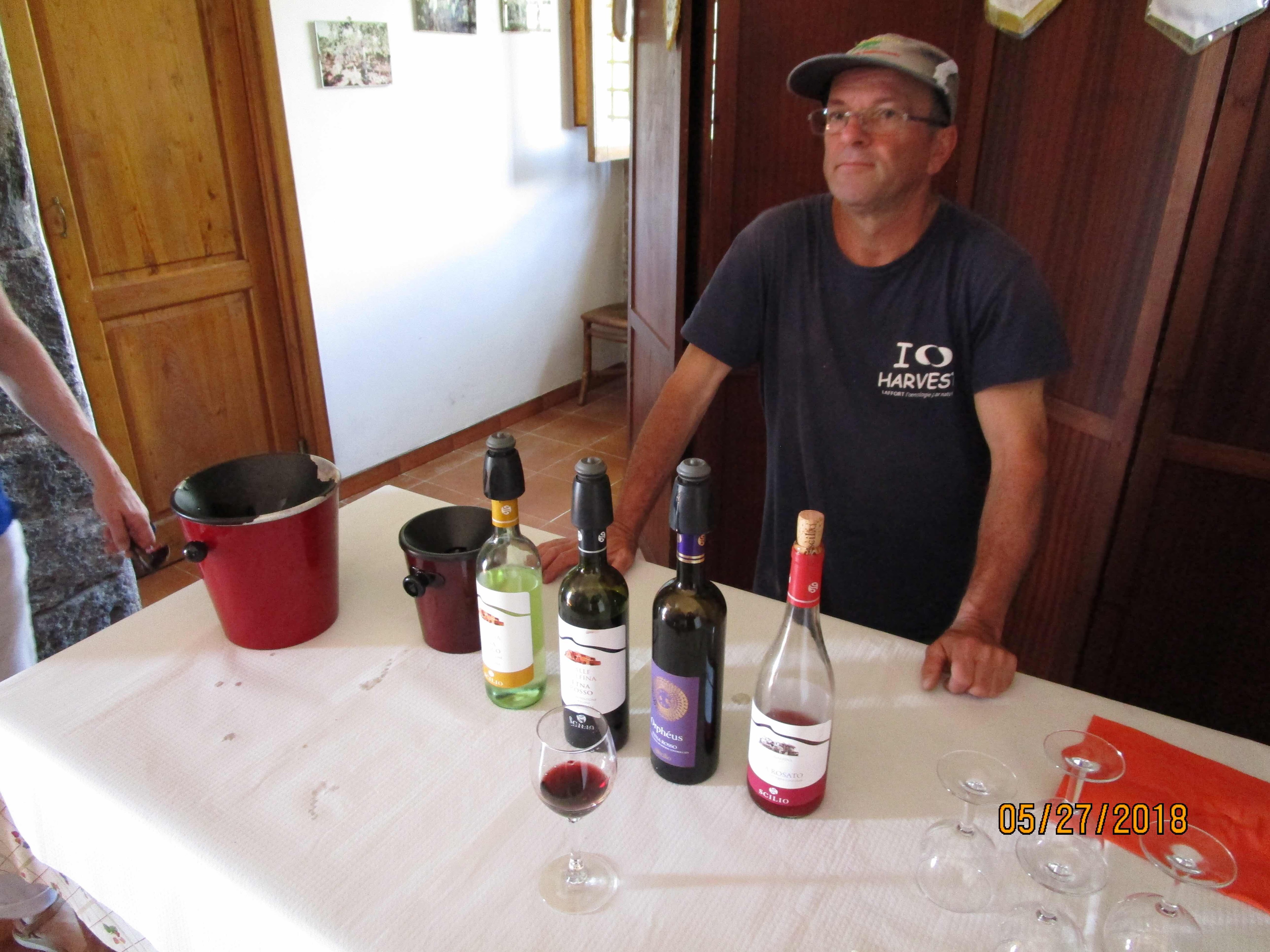 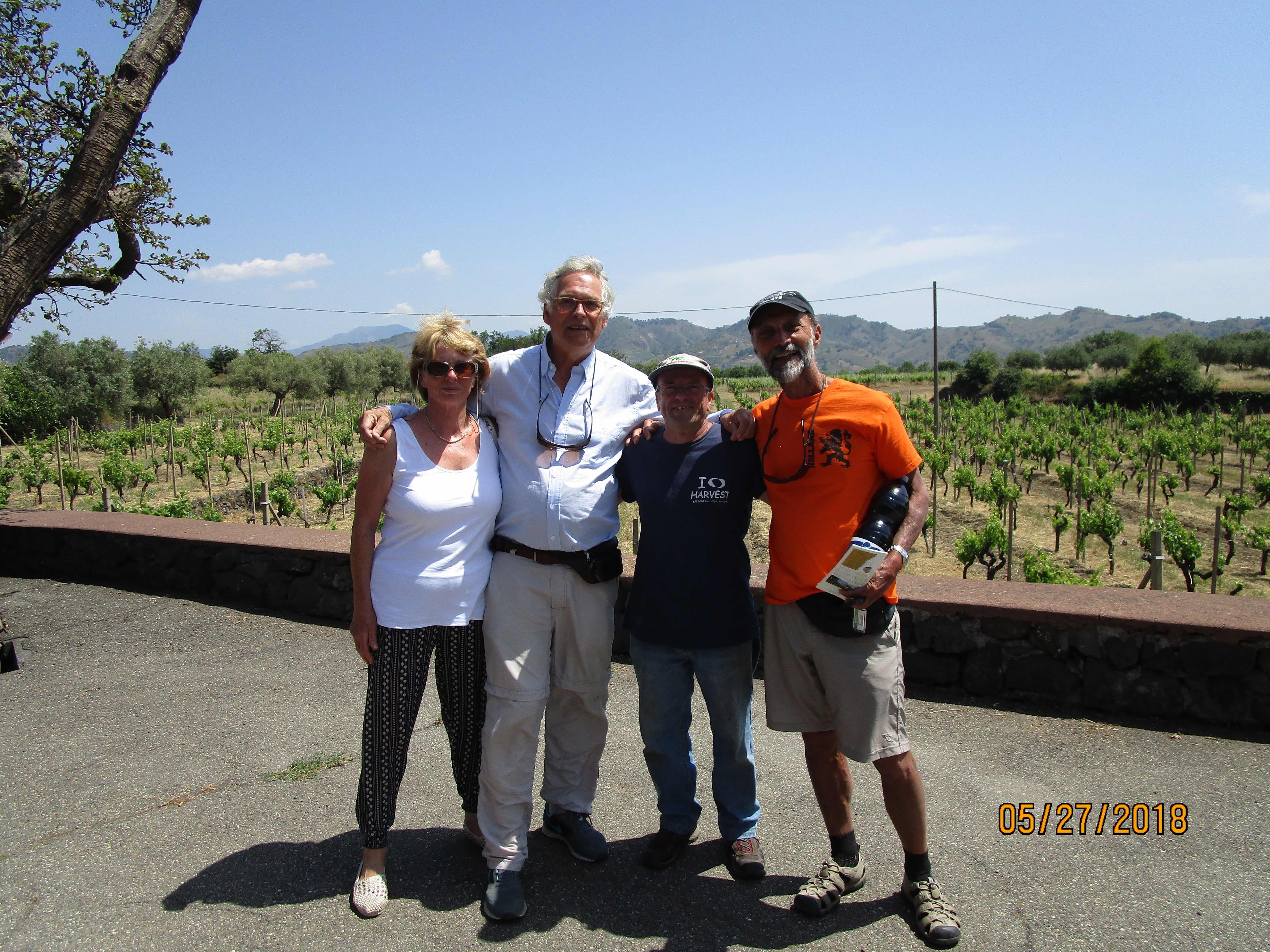 We also visited the Murgo Winery. For that winery we made an appointment and set it up for a lunch and wine tasting. For 30 euros each, it was a bargain. A five course meal, each paired with different wines. It was a very special afternoon. 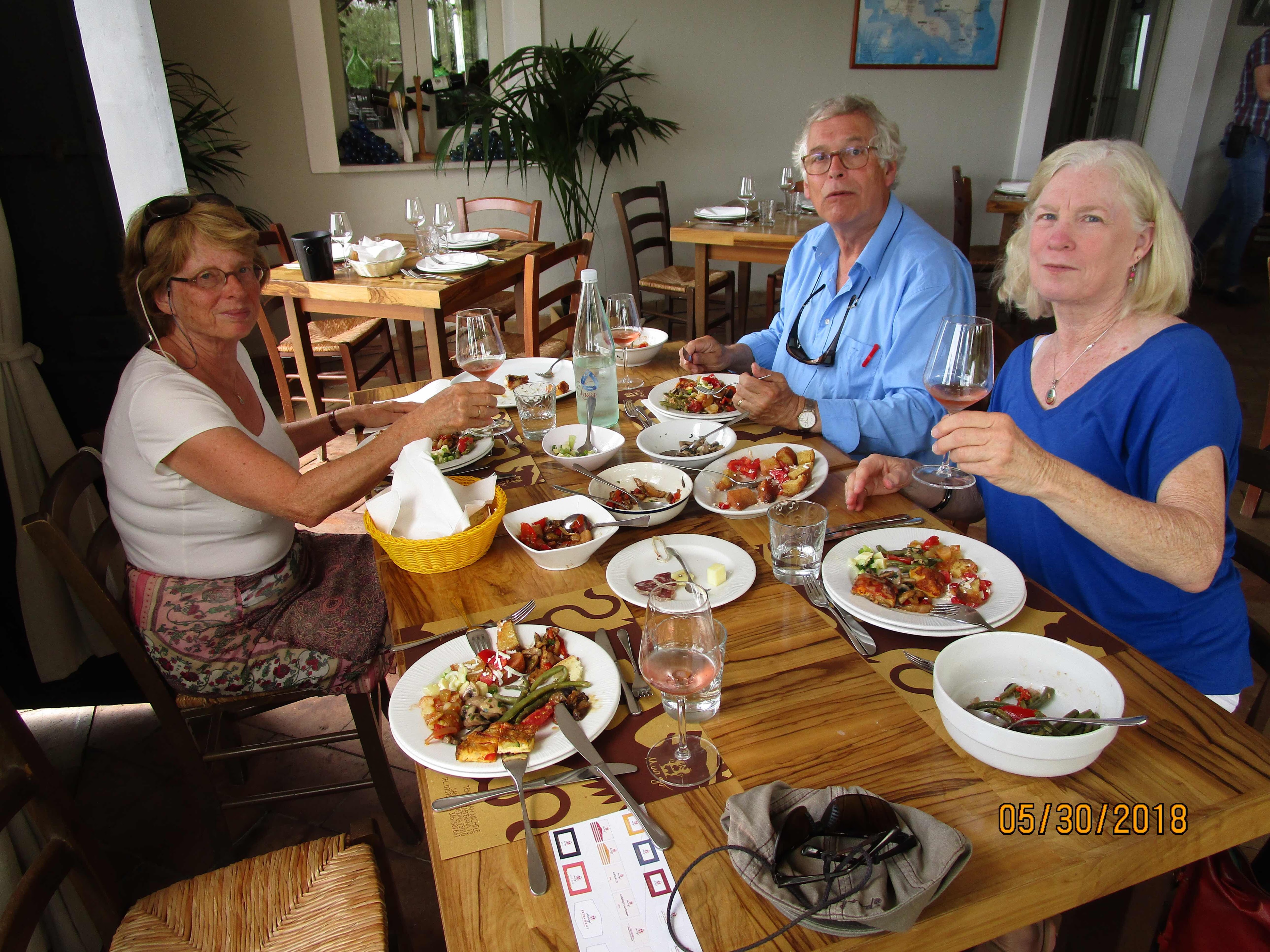 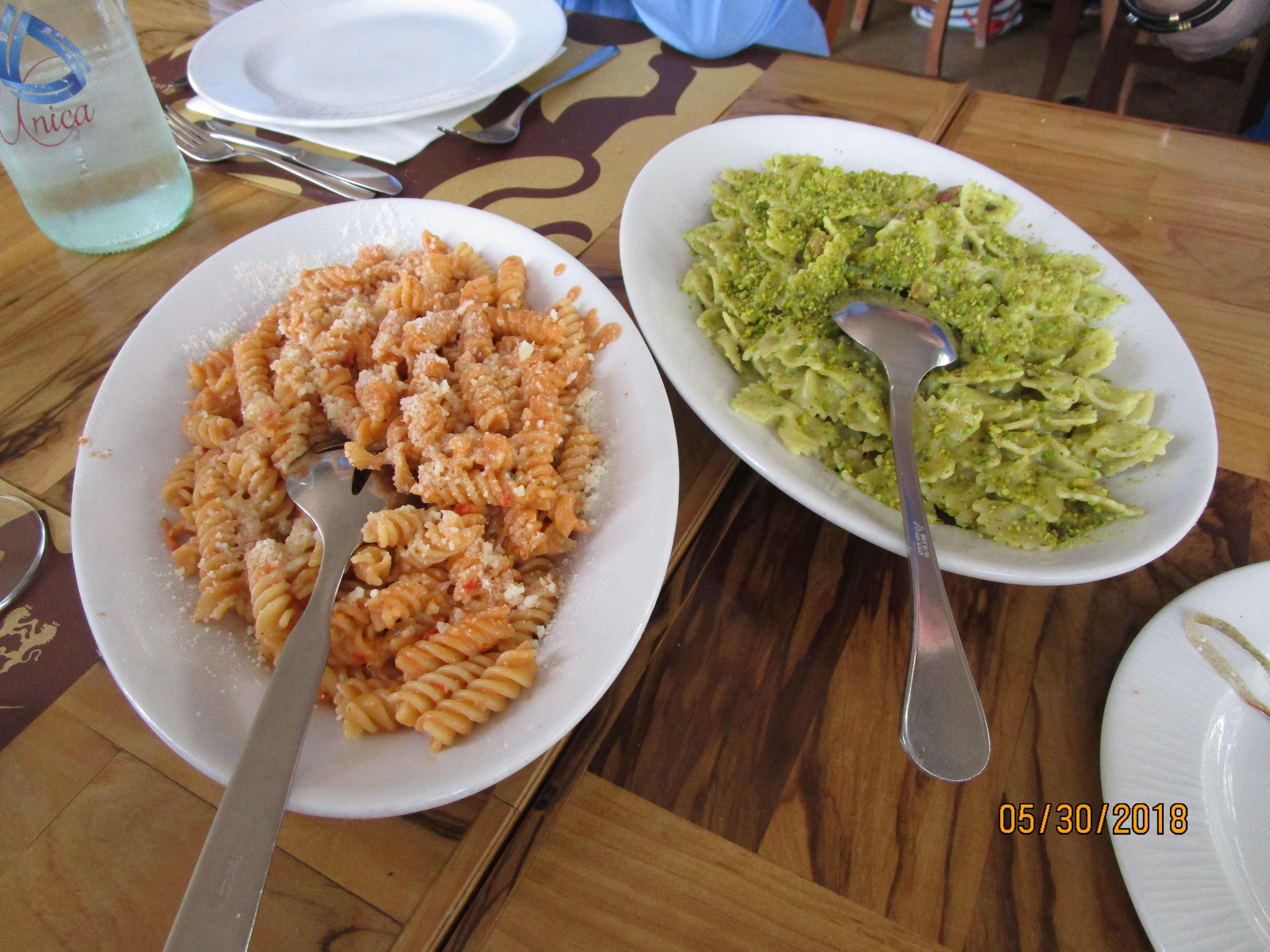 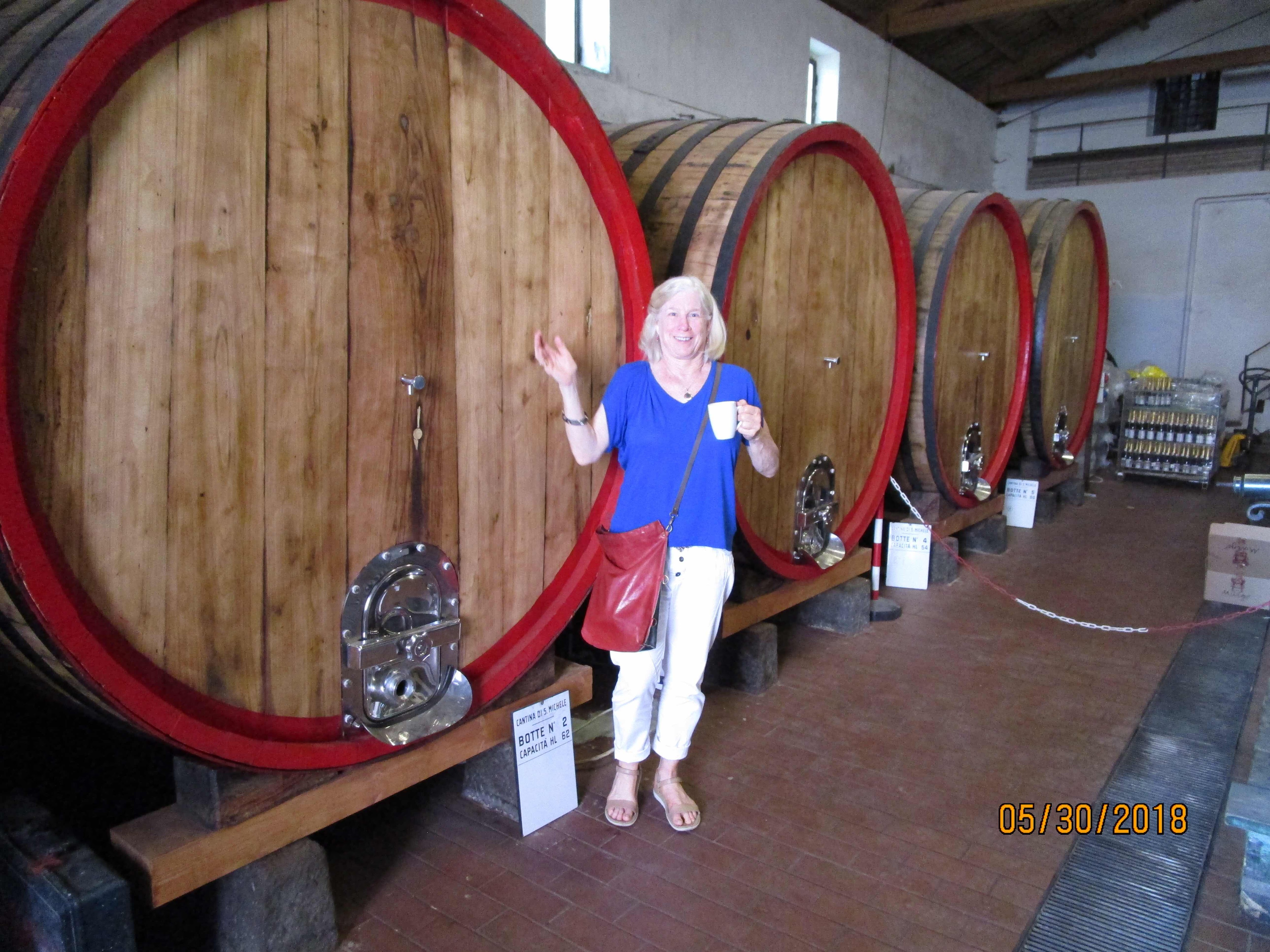 They had enormous barrels and also had a section of the winery devoted to sparkling wines. They utilize the traditional French style which in Italy is called the Metodo Classico. We tasted both of their sparkling wines and they both were excellent. The photo below shows our tour guide pointing to what happens when a bottle of sparkling wine pops open under seven atmospheres of pressure. It blows straight up. 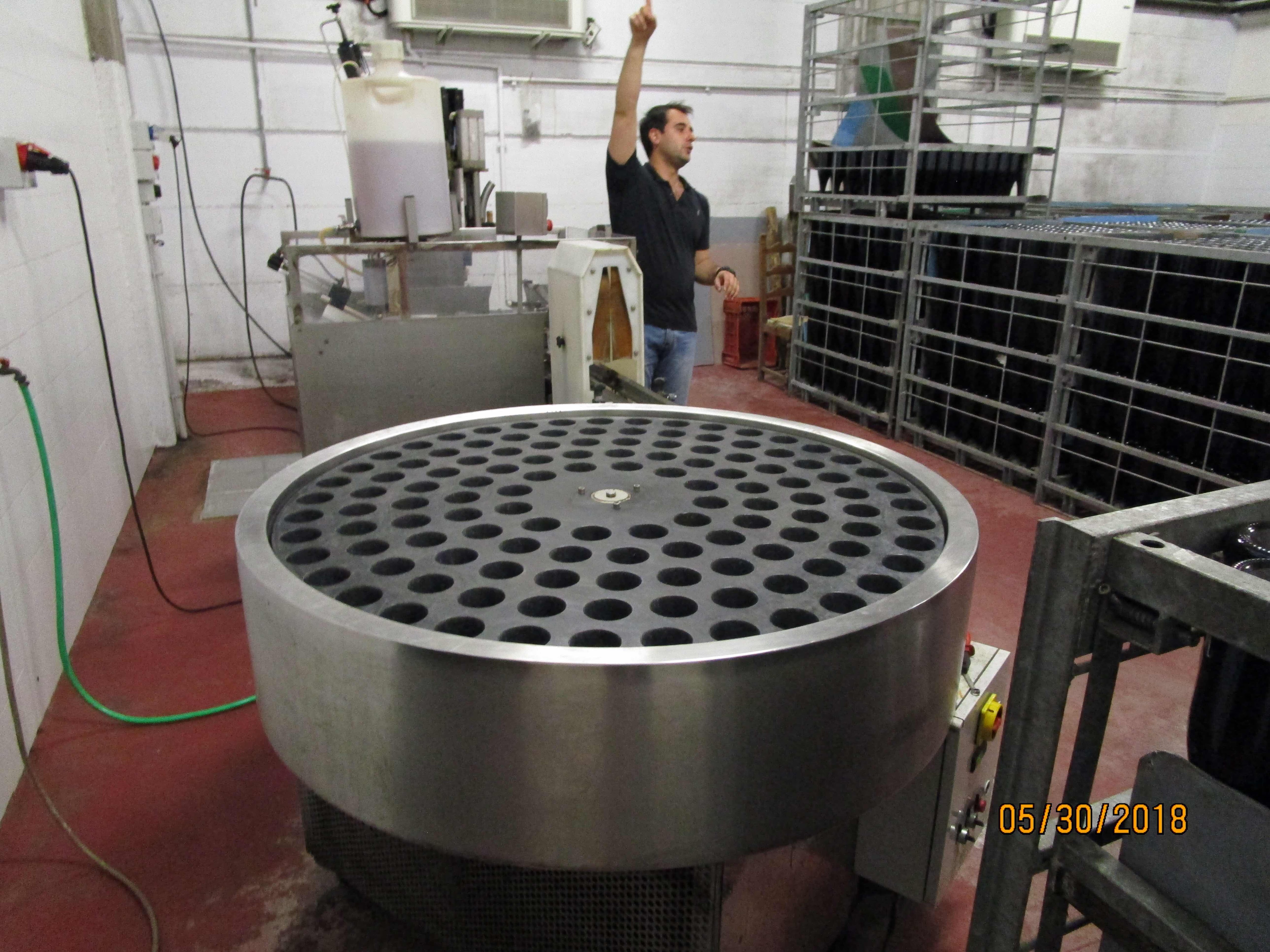 One of the more fun things Maarten and I did at the villa was play chess. Neither of us had played in years, his experience being more recent with his grandsons. That’s what I use as my execuse for coming out on the short end of the stick. But I did improve with each game. 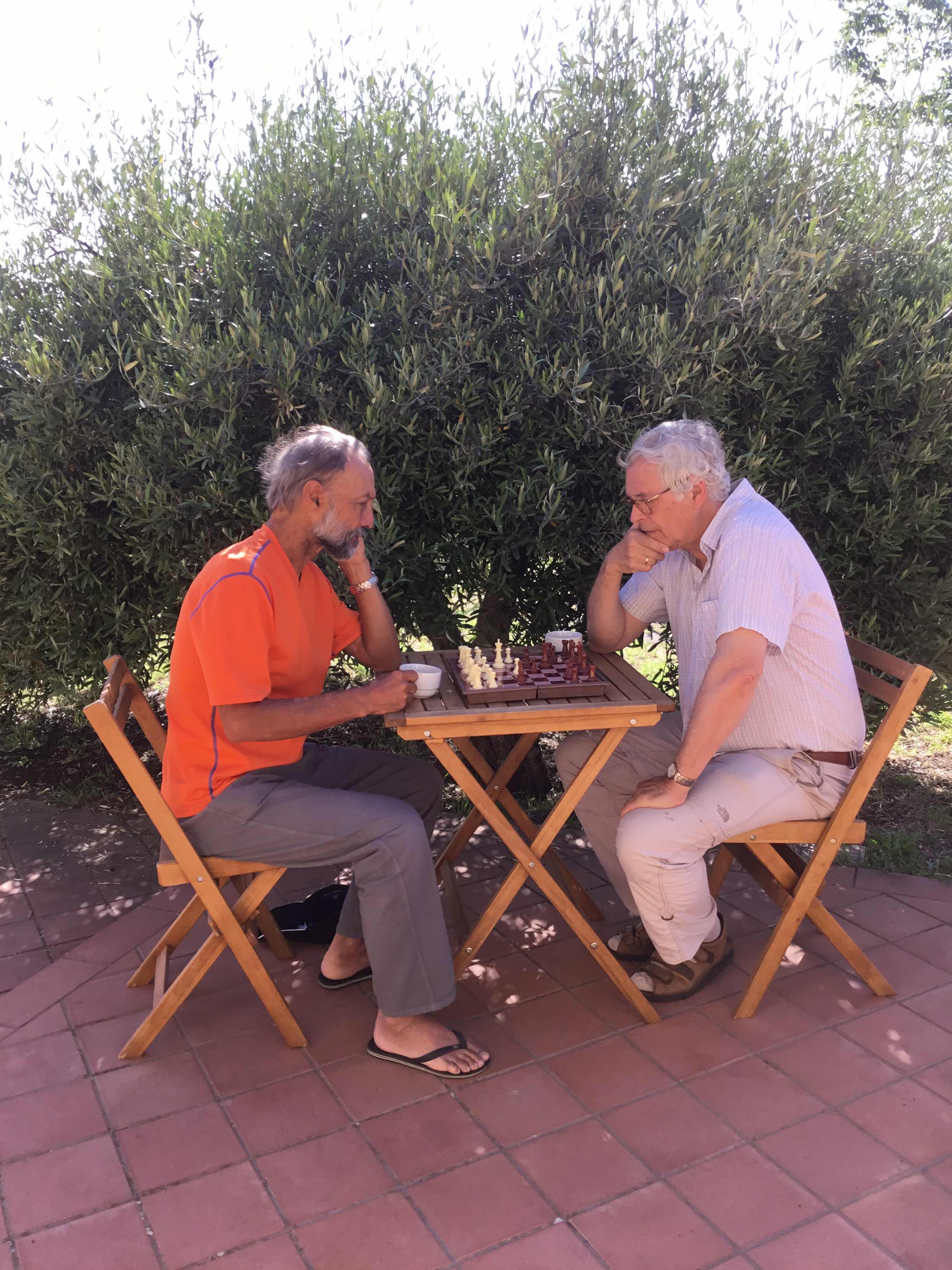 Our last stop in Sicily before flying home was Catania. Sitting at the foot of Mount Etna by the sea, it is a large and populous city. It is known for its beautiful Roman Catholic cathedral that is richly decorated with numerous sculptures. 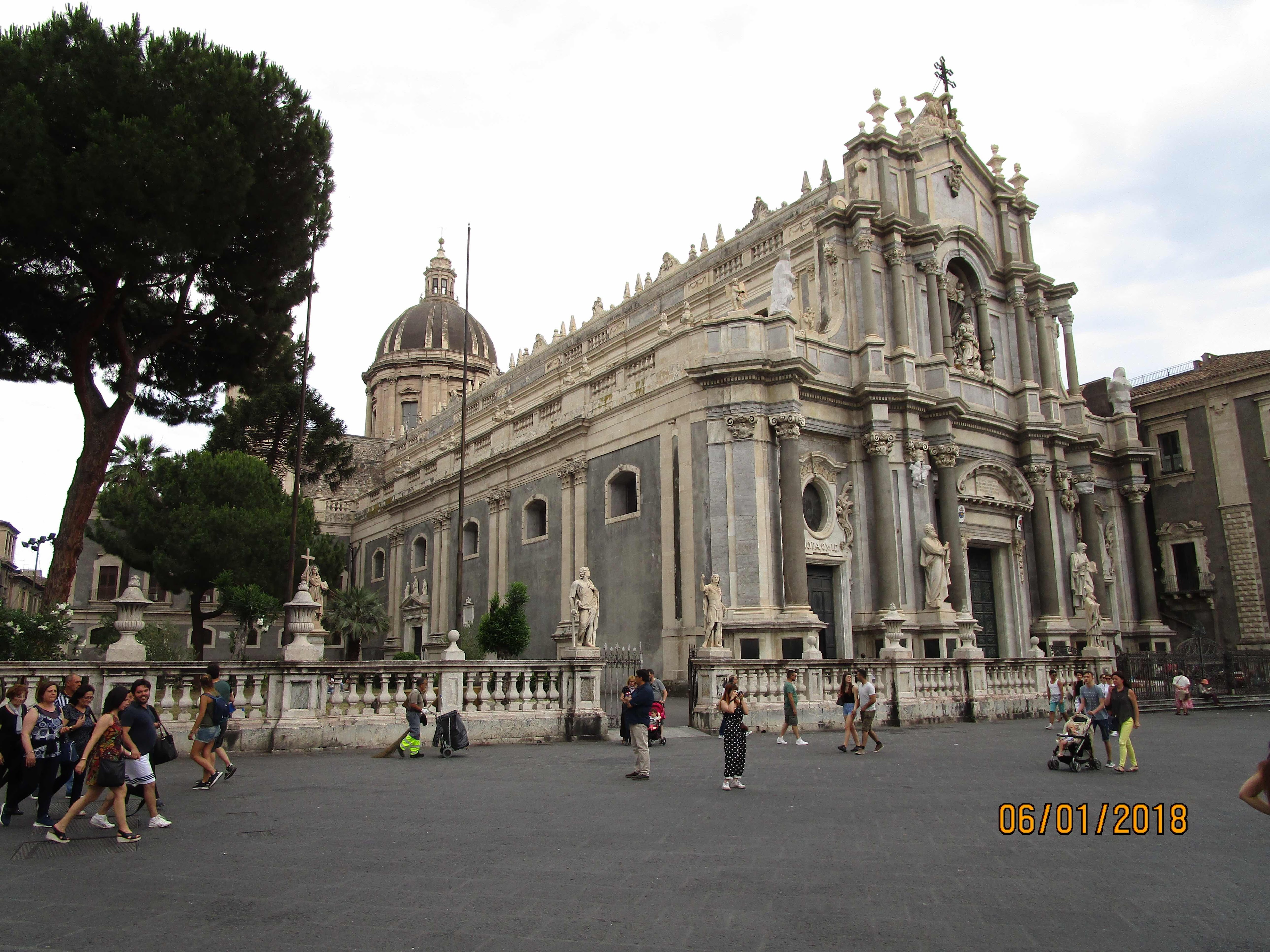 In front of the cathedral, in the Piazza del Duomo, for no rhyme or reason, there is a whimsical statue of an elephant (Fontana dell’ Elefanta). Lots of people tend to congregate around it in the evenings. The hotel where we were staying happened to be on the main pedestrian boulevard leading to the cathedral. On Saturday night, it was THE place to be or be seen. Before heading out to dinner, we stopped at a wine bar in a busy alley way and had a bottle of Adènzio Blanco, a crisp and refreshing white wine with Savignon Blanc characteristics. 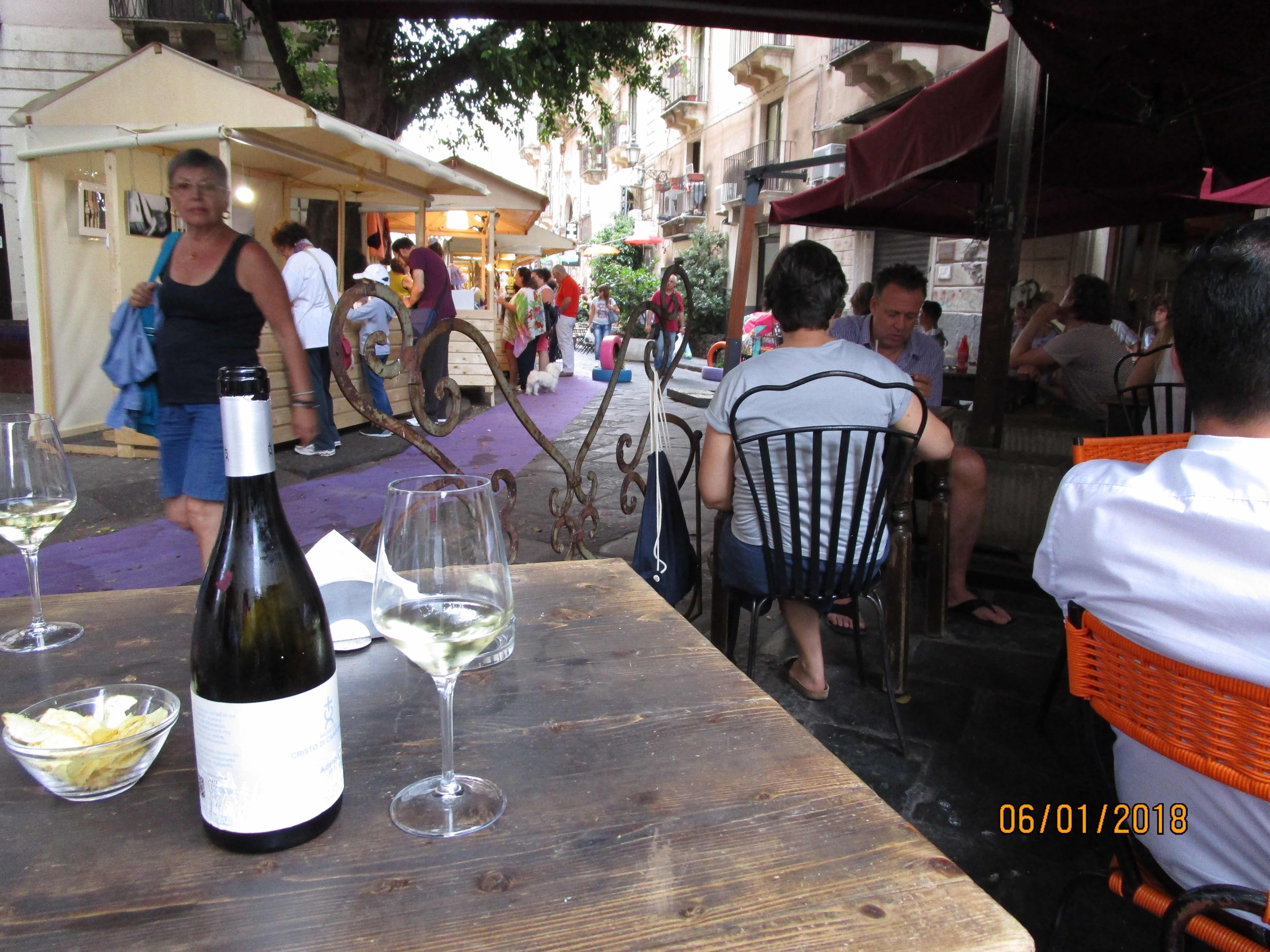 In the short time we were in Sicily, we’d seen and experienced a lot. We were particularly impressed by the ancient archeological sites of Sicily. We also found the people to be friendly and enjoyed the food, the gelato, the wines and the culture. 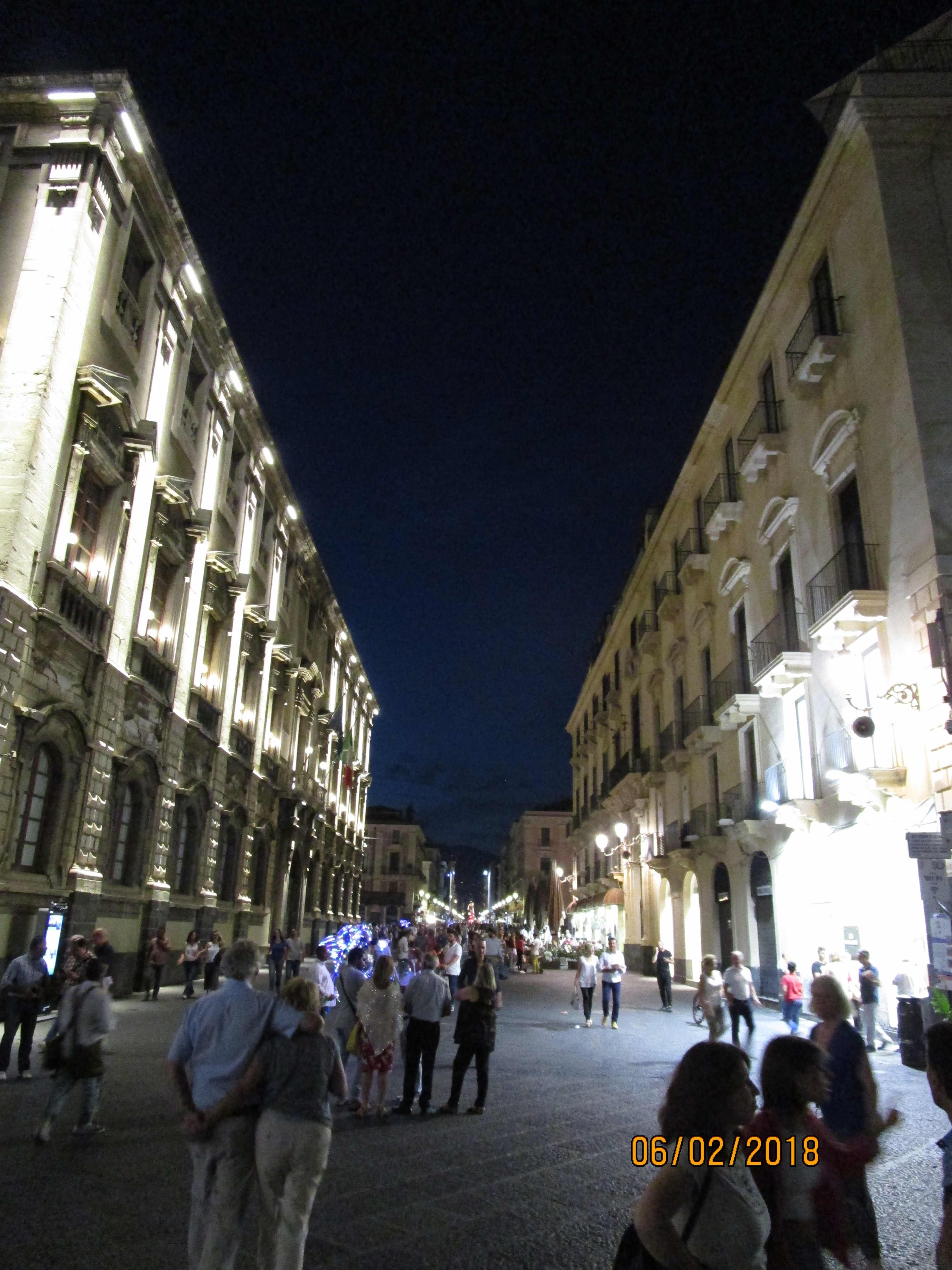 Posted by George at 9:58 AM No comments: