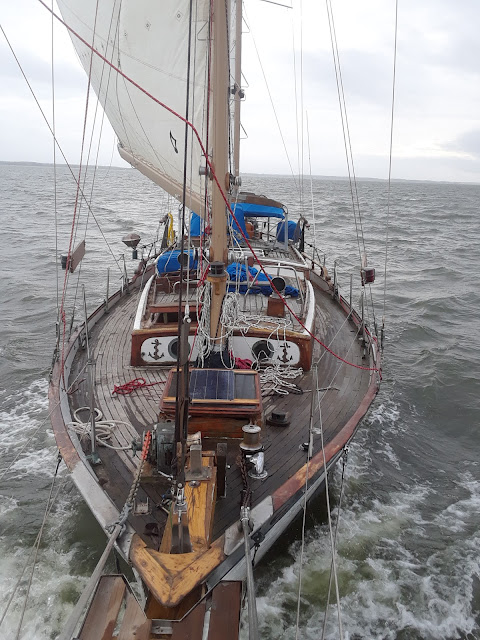 After last year's abbreviated cruise to Bermuda due to dismasting offshore, my friend Wes put quite a bit of time and effort locating replacement masts, stepping the masts, outfitting the boat with new standing and running rigging and rebuilding the bowsprit. Sails had to be replaced, as well as some electrical components that were on the old masts (that were left afloat in the Atlantic).

That's not to say that the boat was flawless - it is, after all, a fifty year old boat. After heading out of Havre de Grace, MD, we had a comfortable motor sail to Annapolis.

It was a clear day and as we approached Annapolis harbor, Wes noticed some smoke coming from the engine compartment. Initially, we were alarmed that it could be a fire, but upon further inspection, it turned out to be a broken muffler fitting.

Several boats approached us and asked if we were okay. We assured them we were and gave them a thumbs up. We probably left them wondering. We managed to hobble in to Annapolis running the engine on low RPM's.

Fortunately, we encountered the problem in Annapolis, where there were all kinds of repair facilities. The next day, we set about addressing the issue and determining a remedy. (I use the "we" lightly, since it was Wes who mostly had his body contorted into the engine compartment wrestling the broken muffler piece off the exhaust manifold. 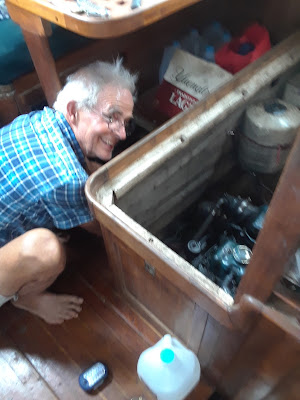 It took trips to Home Depot, a plumbing shop and a welding shop to get things repaired. 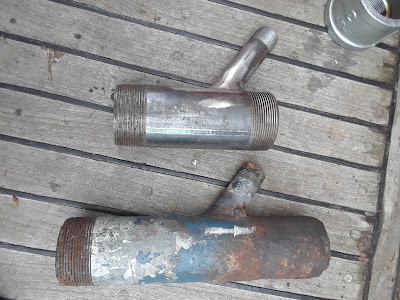 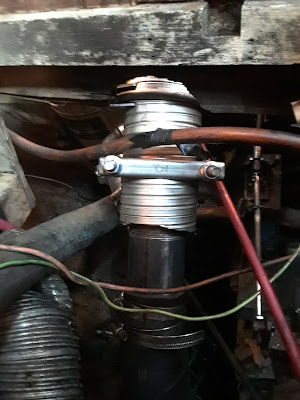 In the end, we still had to jury rig the job because one of the pipes was too corroded to be removed properly. But the fix seem to hold at low RPM's.


After several days in Annapolis, we headed back in the bay. There wasn't much wind so we decided to stay on the west side of the bay and head for Galesville.

We spent a couple of days in Galesville before heading out again. Then the winds changed and rounded to the NW, perfect for a sail across the bay to Oxford. After a slow morning start, we had a superb sail all the way to near the entrance of Oxford. The next day called for rain. 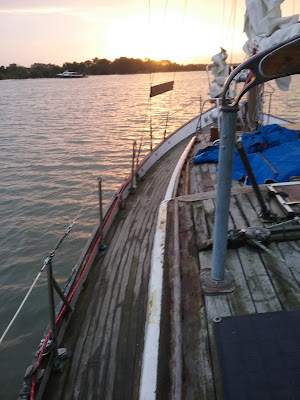 With weather predictions of southerly winds for the next two days, we decided to leave Oxford and head north. For one night we anchored near Worton Creek. The following day, we continued to take advantage of the southern winds and returned to Havre de Grace.

After a night in Port Deposit at Wes' home, we drove to Linda's home in northern Baltimore. With more activities planned around the Baltimore area, we enjoyed lap swimming at their swim club, a hike to Cunningham Falls in Catoctin Mountain Park, Catoctin Breeze Winery and a visit to the inner harbor district in Baltimore.

After a few days of those activities, it was time to fly home, leaving Wes with a few additional items to his list of "boat to-do's".