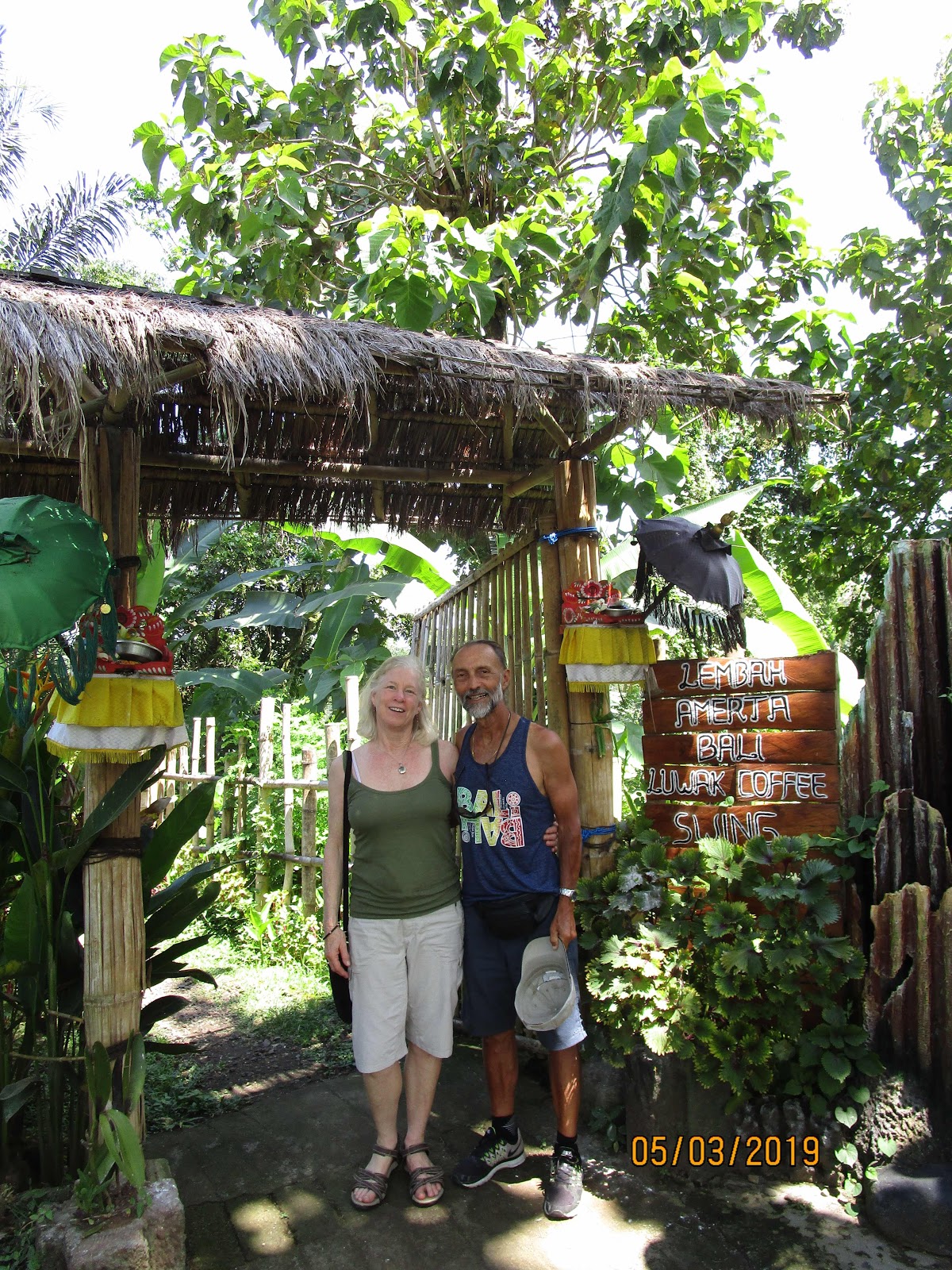 There are so many ways to describe our experience in Indonesia, but certainly the most predominant thought that comes to mind is how nice the Indonesians we met were. Diane and I also concluded that it was an earnest feeling and not just because they were trying to hustle you for a few extra bucks. They just felt like truly genuine friendly people, always ready with a smile or to try to help you in any way possible.
After a long 14 hour flight from LAX to Taiwan, and then another 5 hour flight, we arrived in Bali, our final destination. We had decided to try a couple of different locations, so we chose Sanur (in the east) and Seminyak (in the west) for a few days each.
Aside from having to get accustomed to the heat, the next chore was to acquaint ourselves with the currency - the Rupiah. Here it’s easy to be a multi-millionaire, even a billionaire. With an exchange rate of $1 to 14,200 Rupiahs, you find yourself carrying around a wad of cash. The million Rupiahs shown below is worth about $69. 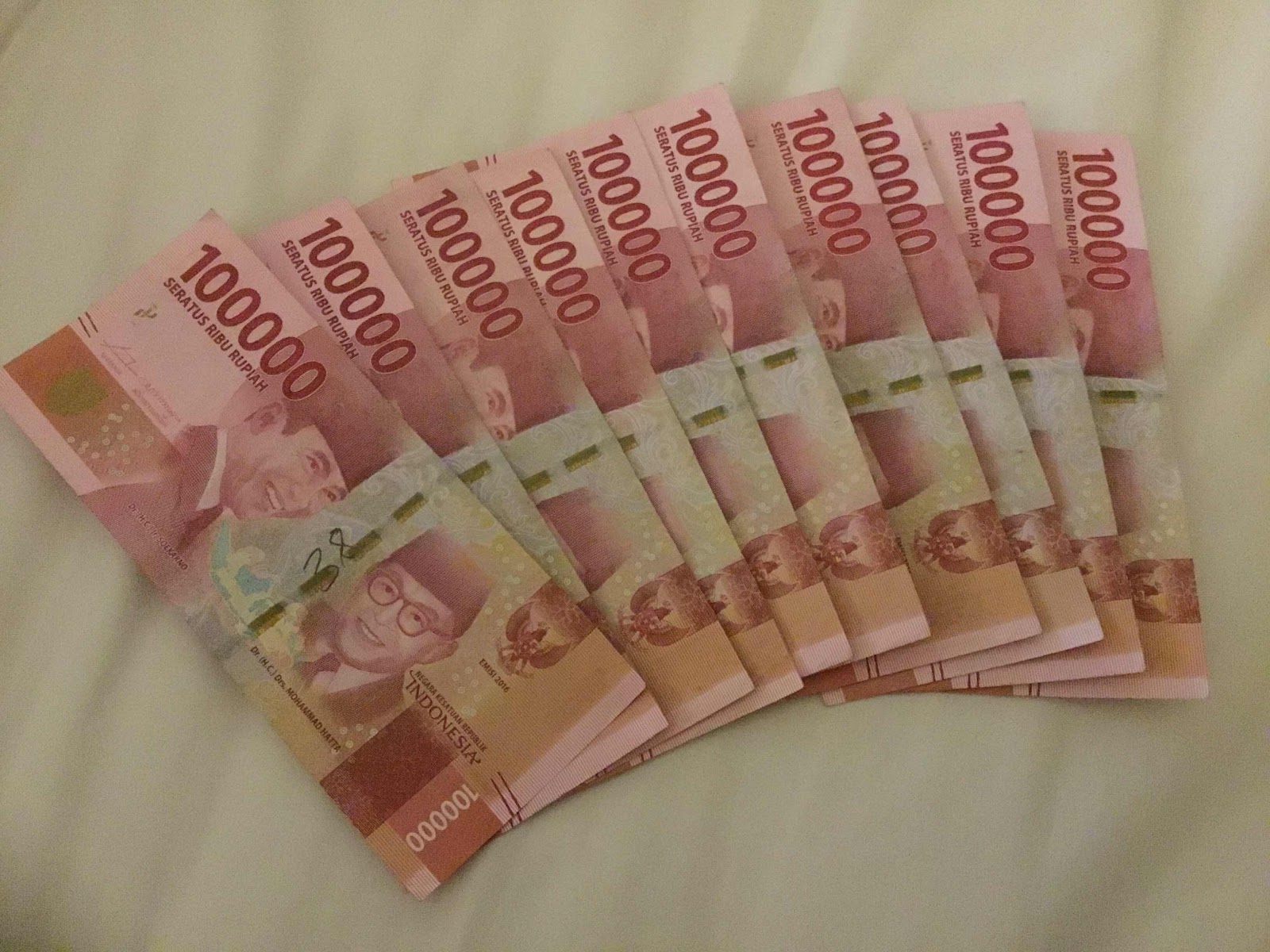 In Sanur, we stayed at the Diwangkara Beach Hotel. Our room had a glimpse of the ocean, but the hotel itself was right on the beachfront. Getting acclimated to the temperature and the humidity on top of a nine hour change was not easy (both temp/humidity was in the high 80’s). 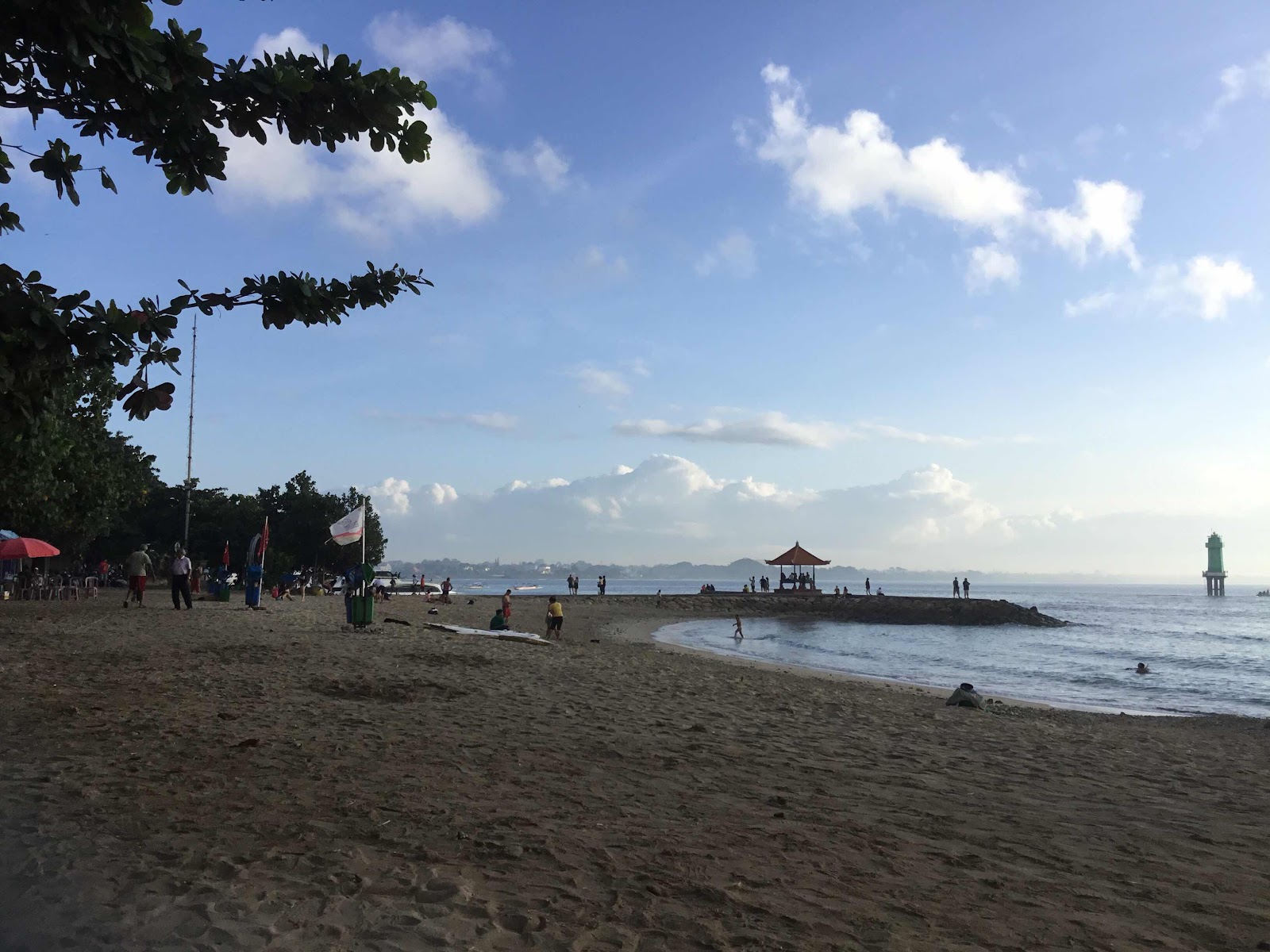 From Sanur, we took a fast ferry to Lembongan that took about one half hour to make the crossing. After arriving, we rented a scooter and promptly met a young London couple (Rosie and Joe), who we relied on to navigate our way through Lembongan and Ceningan (a smaller island adjacent to Lembongan connected by a narrow bridge). 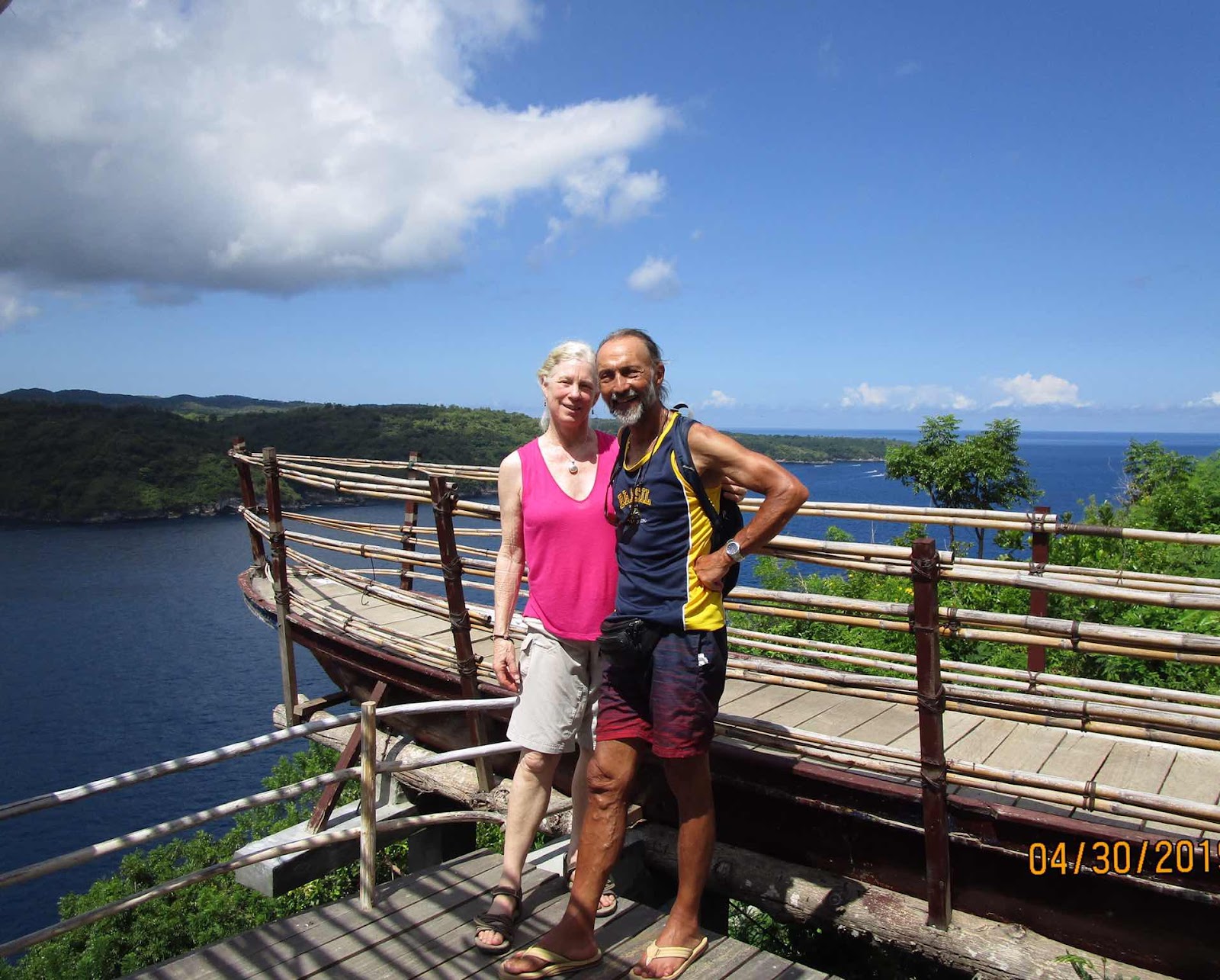 With Joe and Rosie in the lead, we rode up and down wild and treacherous roads that we would not have attempted on our own. Some of the roads were nothing more than gravel and crevices. We were all amazed at how well the scooters performed. 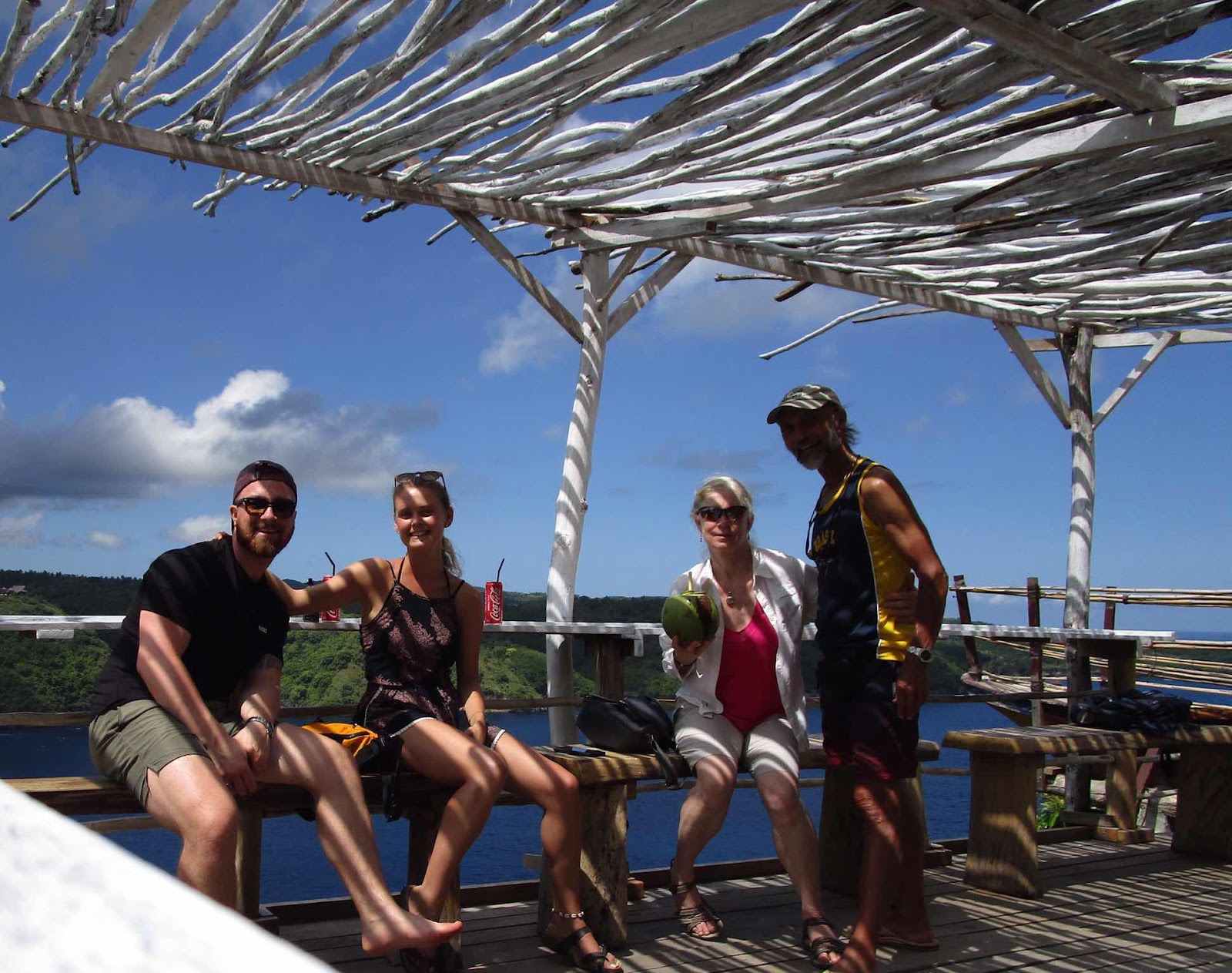 The Blue Lagoon in Cenangan is spectacular. 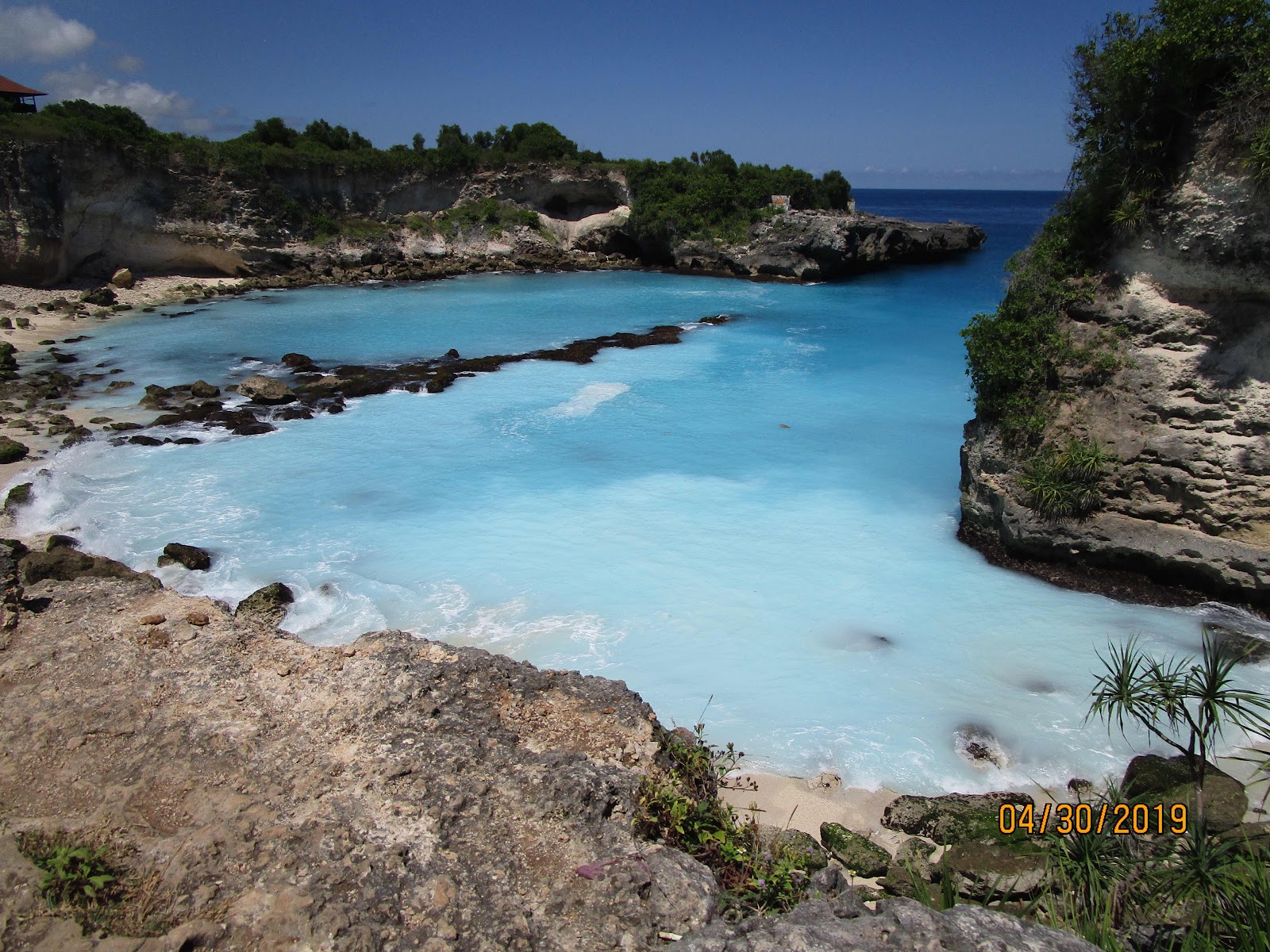 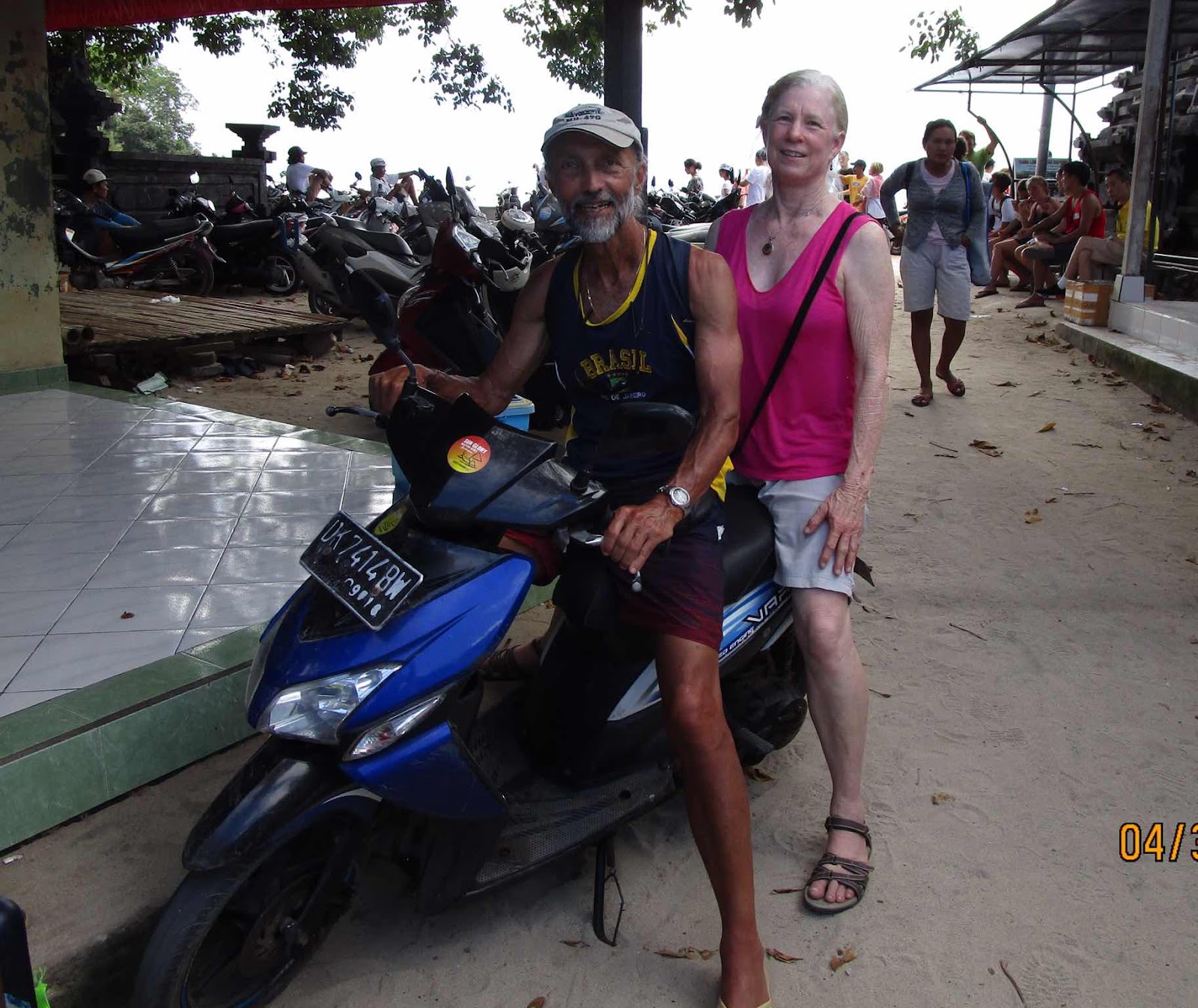 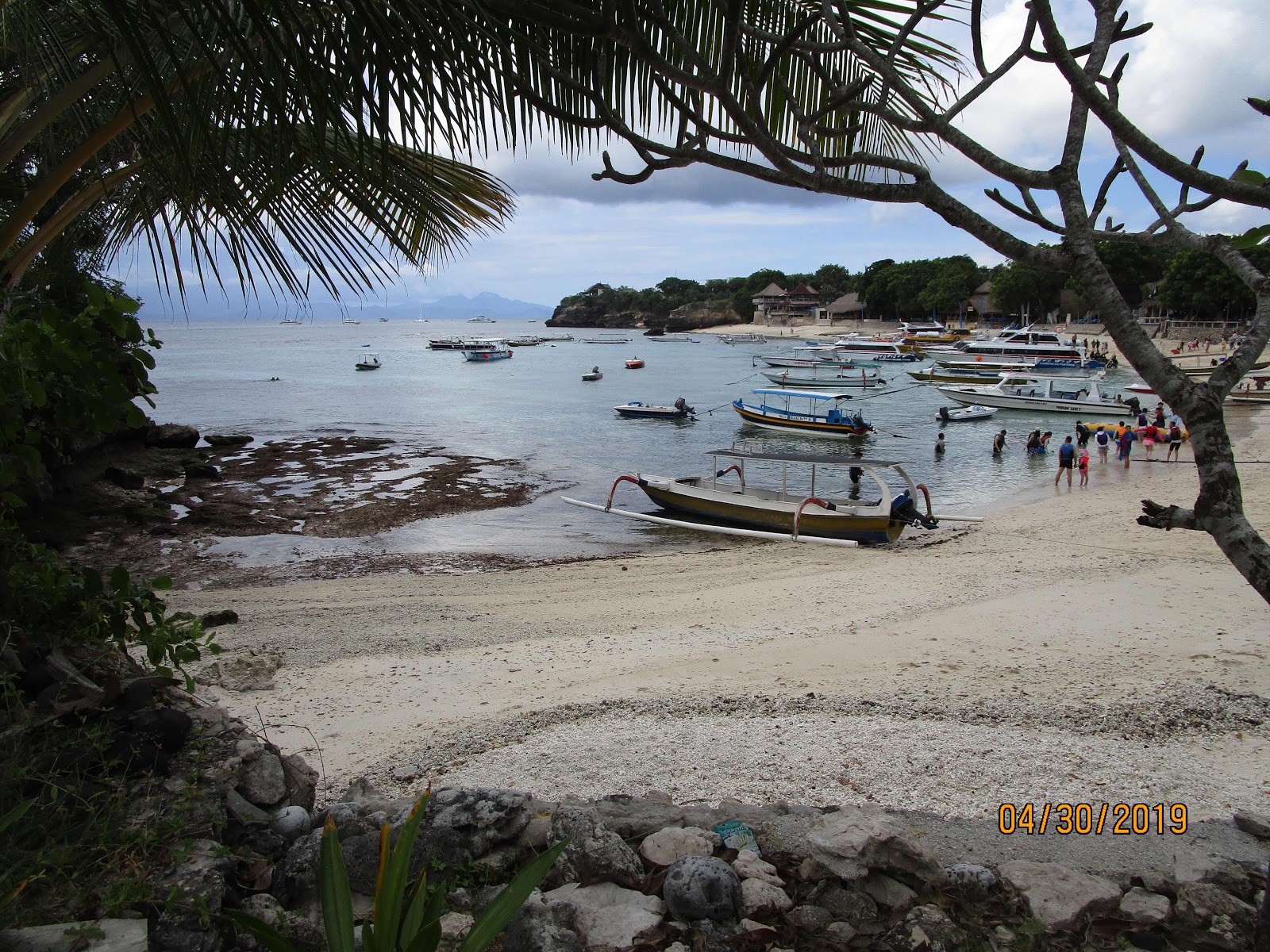 The harbor area in Lembongan.

After a few days in Sanur, we moved to a hotel on the west side of Bali in the Seminyak area called the Bali Agung Village Hotel. The Seminyak area we found to be much more busy and ttouristy, attracting more of a party crowd.
From our hotel, we got a driver (Nyaman) to take us on a day trip. We visited a Luwak coffee plantation (Lembah Amerta), the (royal) Pura Taman Ayun temple, then the Ala Kedaton monkey sanctuary and lastly, the Pura Tanah Lot temple, situated right on the ocean.
Kopi Luwak, as it’s called is made by having a civet (an animal in the cat family) eat the coffee cherries. After the beans are digested and pooped, the clumped beans are cleaned and processed much the same as any other coffee. The resulting coffee is delicious (and expensive). 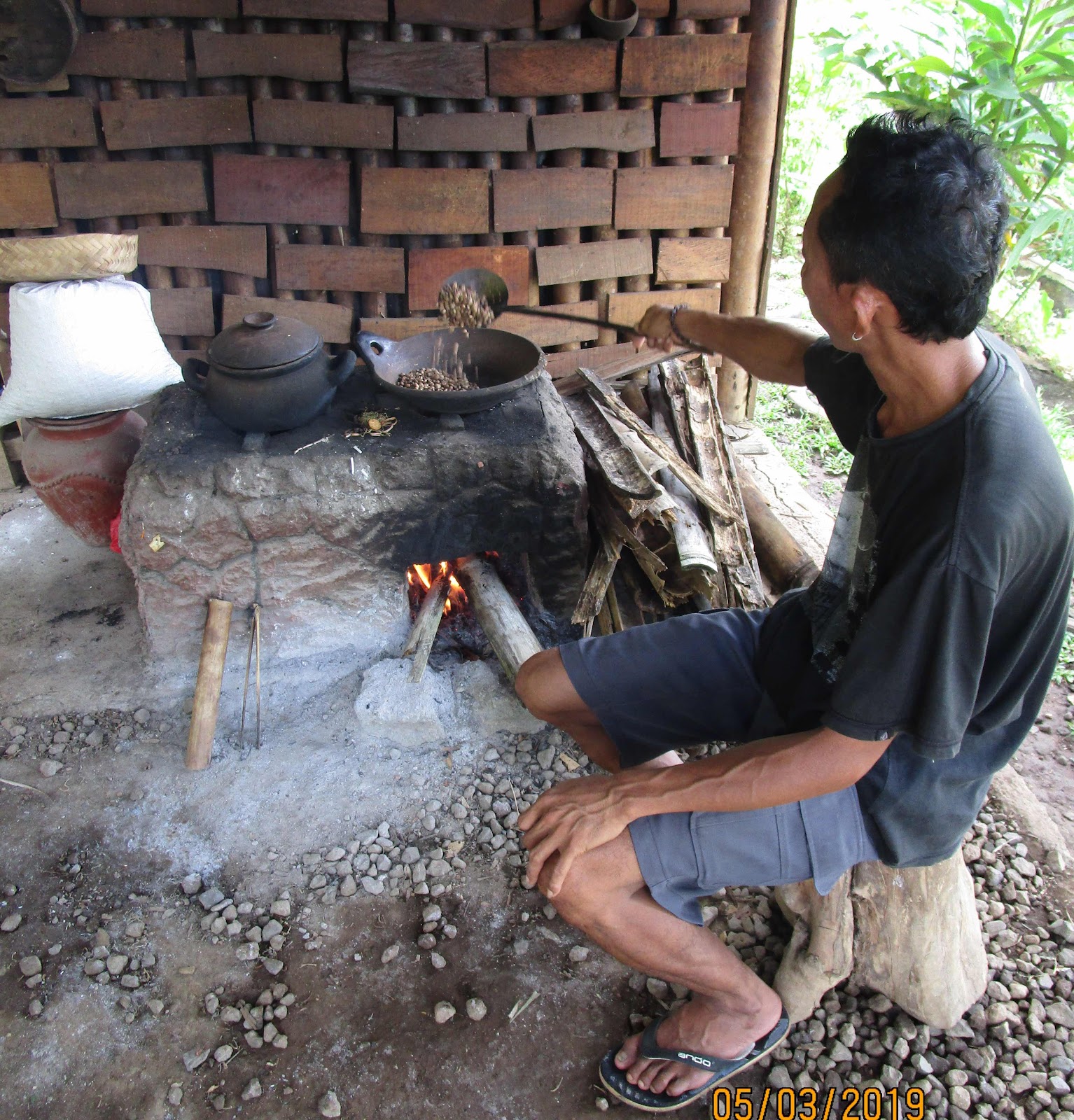 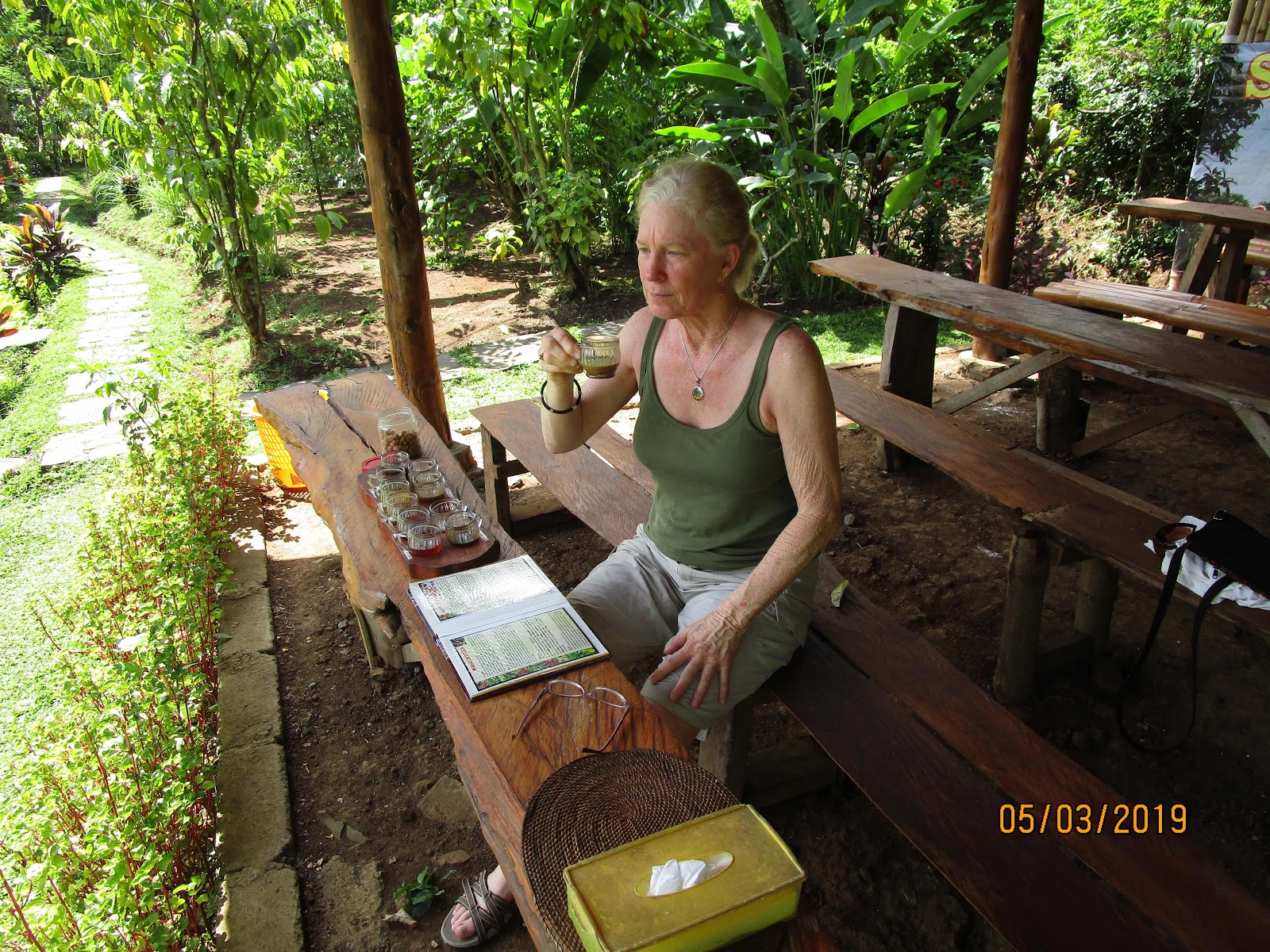 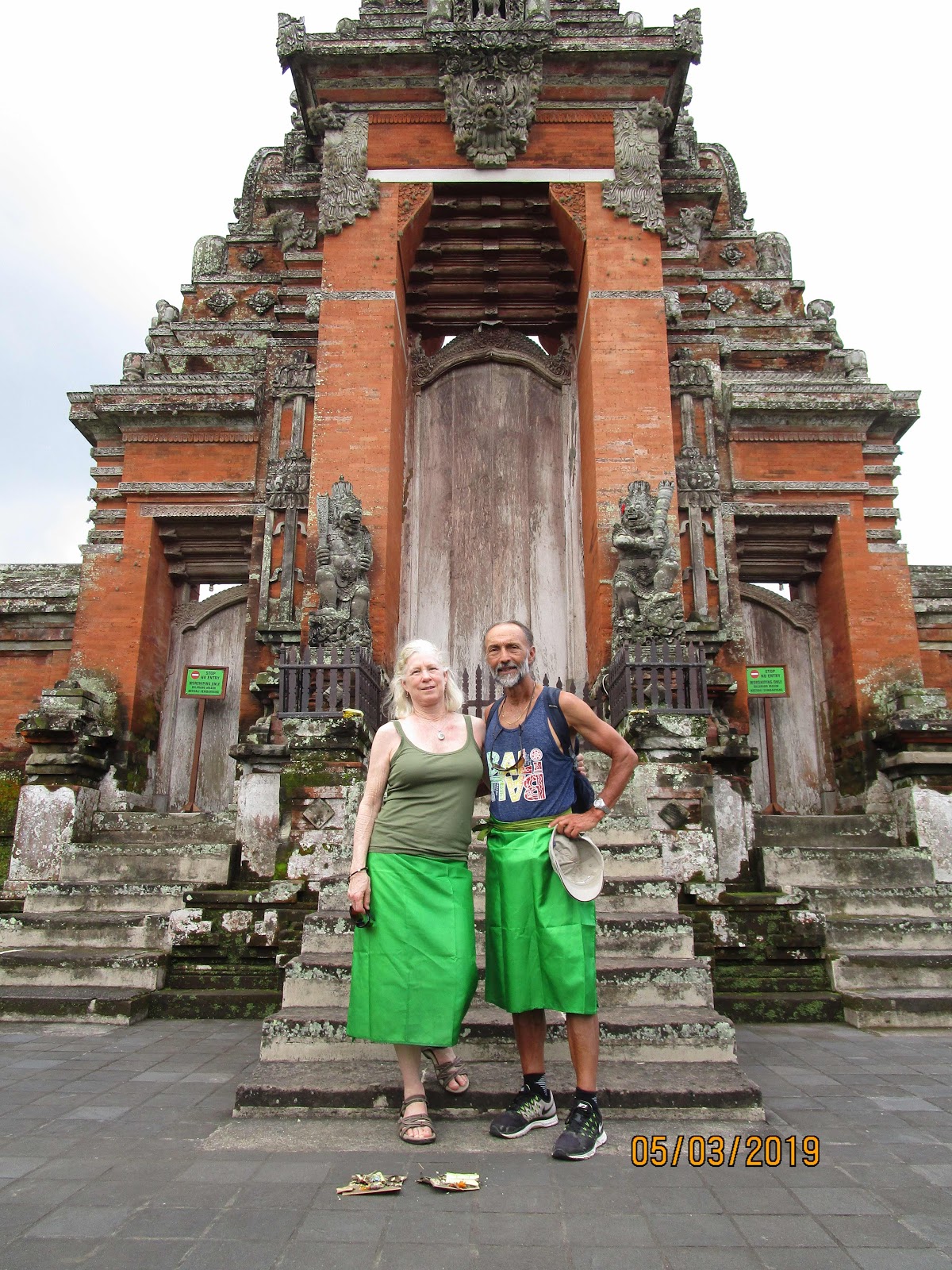 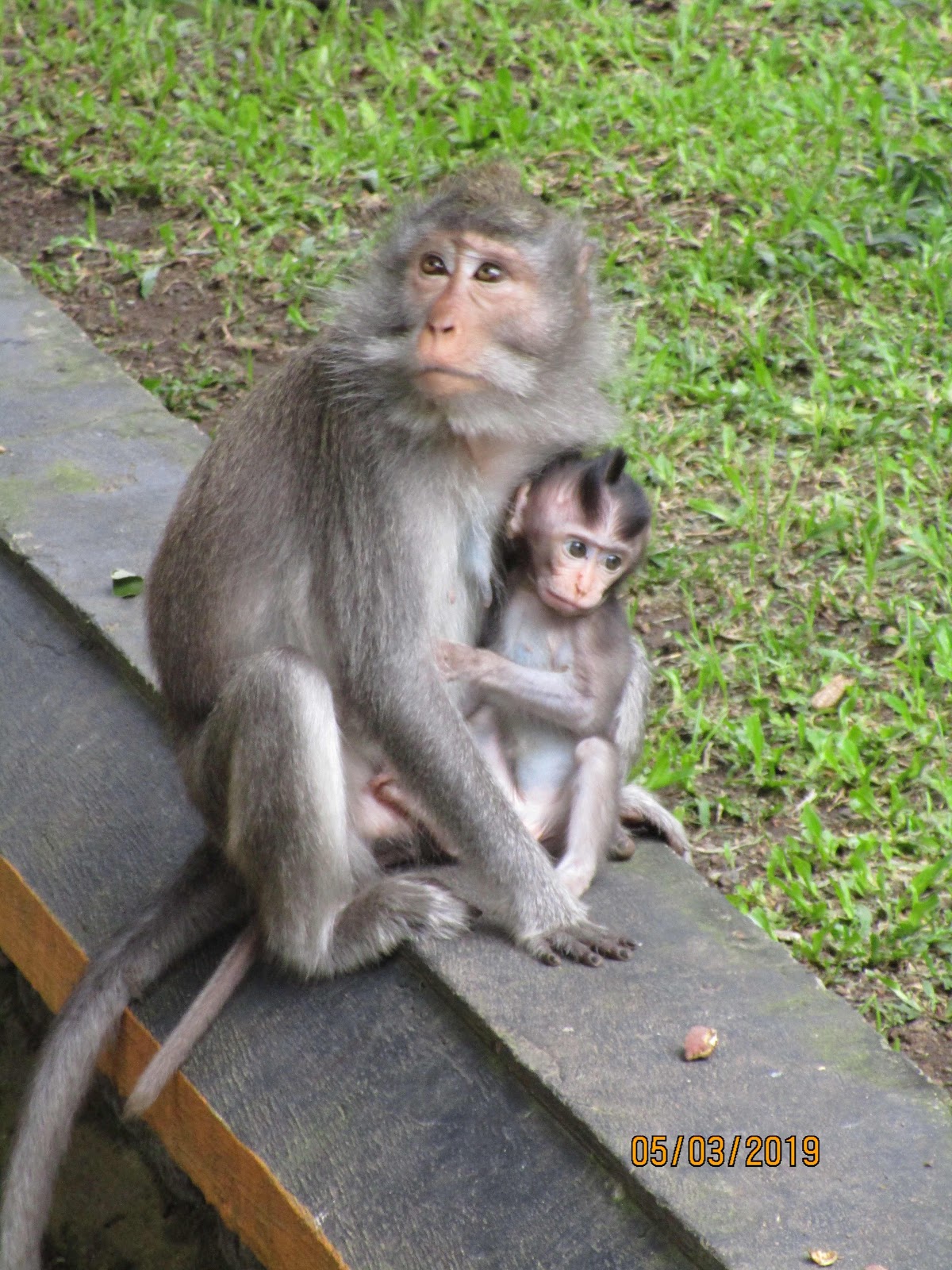 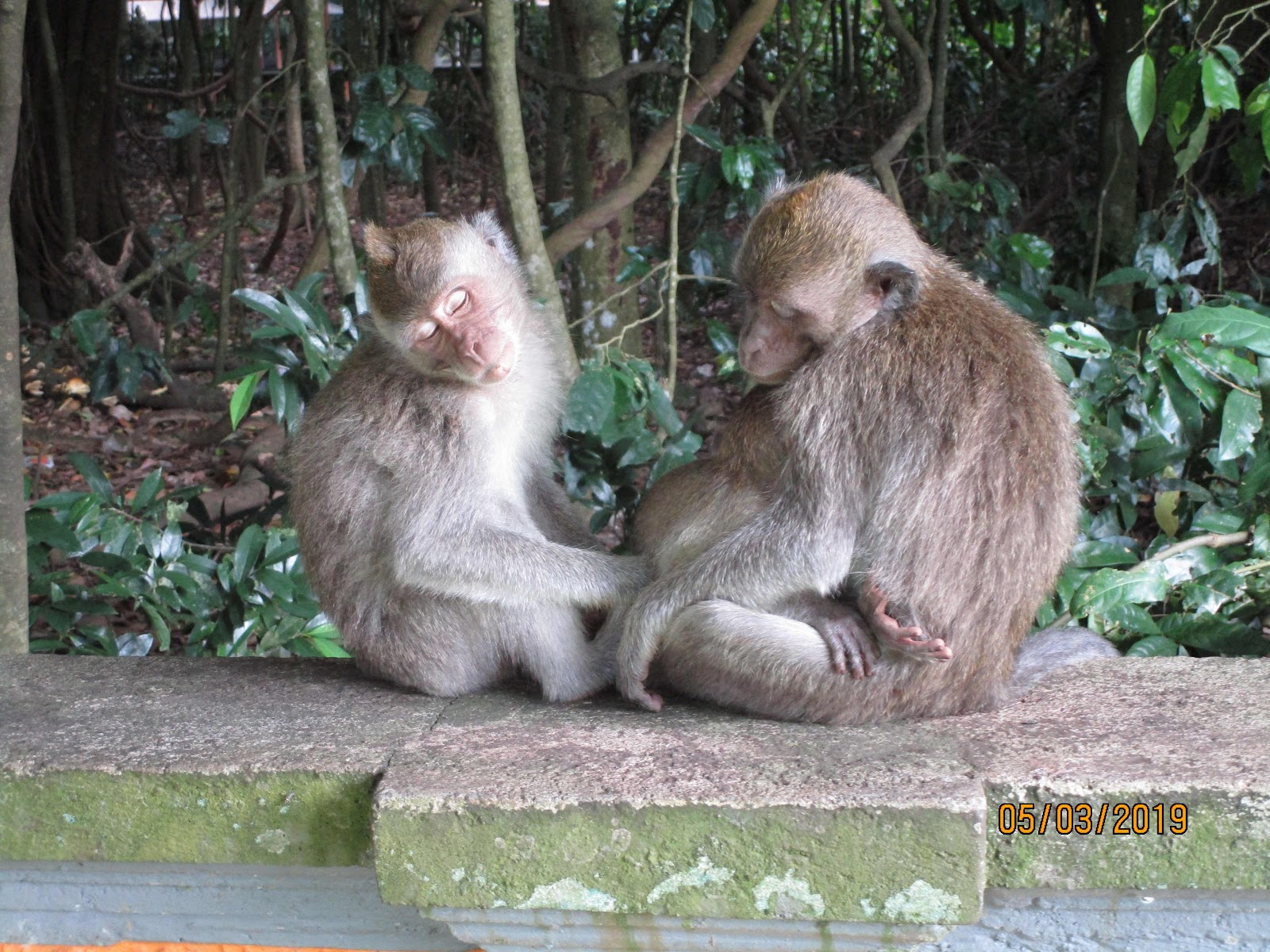 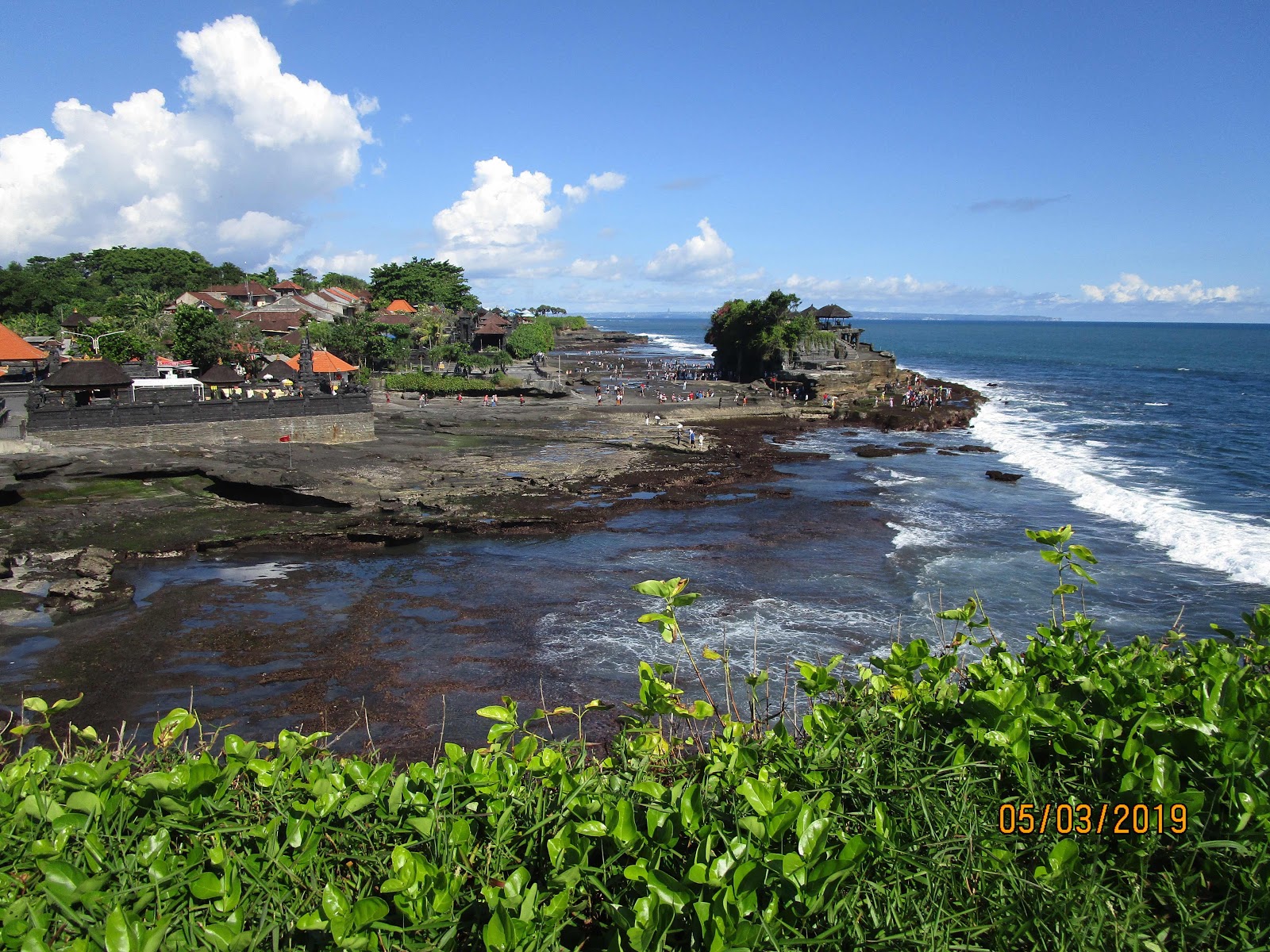 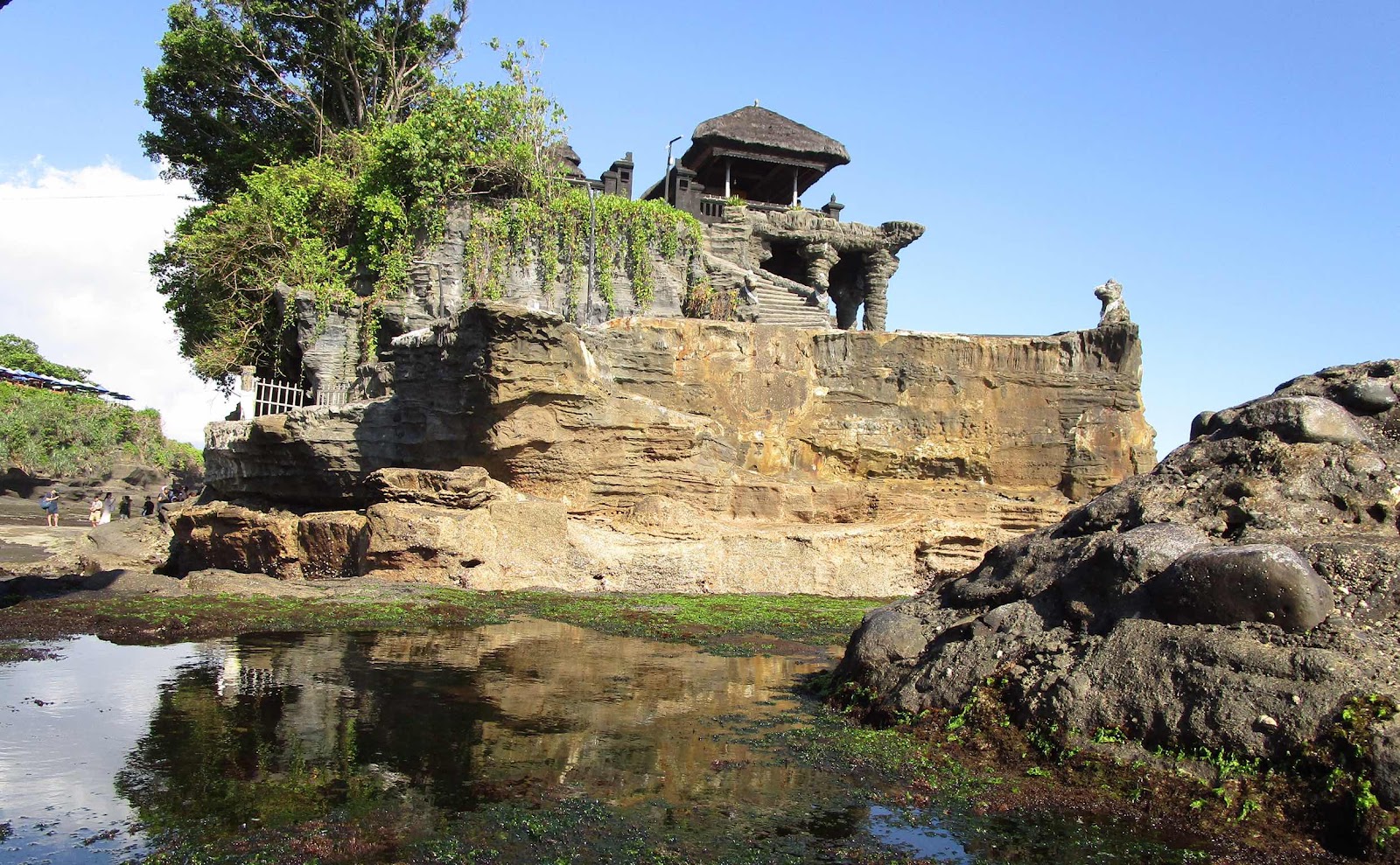 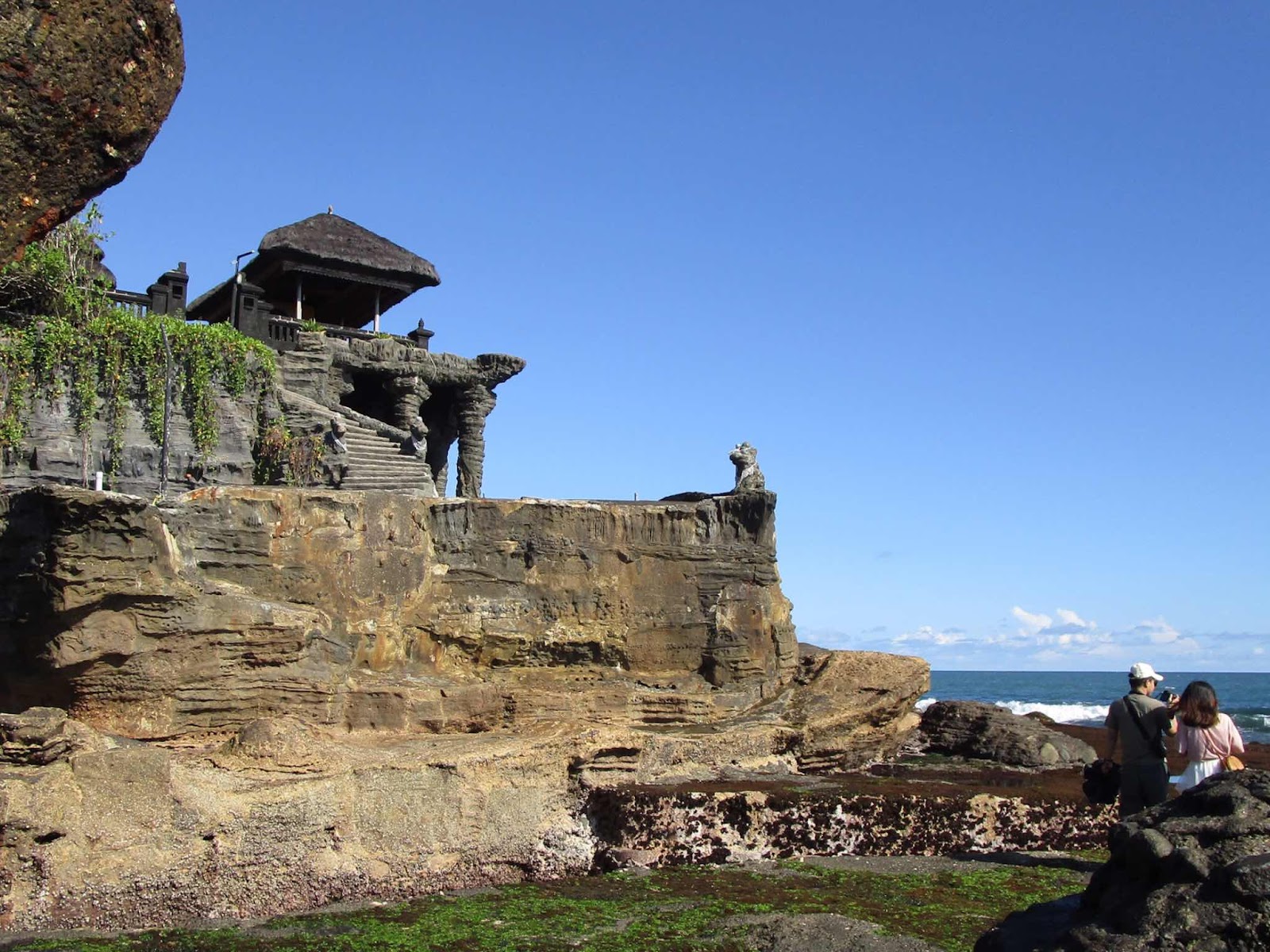 After nearly a week in Bali, next on the agenda was a flight to Kalimantan, on the island of Borneo (we had to change planes in Surabaya). Kalimantan is one of two places in the world where orangutans can be found.